My wife and I have a way of sleeping that might seem a bit bizarre: neither face-to-face nor back-to-back, but with the soles of our feet pressed together. Our entire sensibilities have taken refuge there, and we spend hours lying like that, tickling each other before falling asleep.

But if, during a dream, one of us should fold a leg and lose touch, the other awakens: a circuit has been broken.

We have no children, we don’t exactly know how best to go about it, and we’ve never dared inquire. We’re happy just the way we are, in our beds end-to-end, each the ground beneath the other’s feet, the hemisphere Entire.

This just in! Gravity has ceased throughout the northern hemisphere. Everyone was seen rising up into the air after an incident of widespread levitation. And for those after a more scientific description of events, let me simply say: everyone was seen falling headfirst into the empyrean.

“Who? Who was doing this seeing, if everyone was busy falling?”

“Me, the man who, at the border between the hemispheres, was about to step into the wrong one, but swiftly pulled his leg back and took to his heels, in order to bring the news posthaste to the people on terra firma.”

The following Sunday, like hens beside a pond, we saw entire peoples making for the danger zone, gravely feeling their way along.

“Closer,” they said. “We’re getting closer!”

A little dog had just crossed over, and the gazes of all those gathered followed him into the sky as he rose like a balloon, howling desperately.

Appetites had been whetted: one woman tried to step back, but the crowd pushed her forward and whoops! Off she went: an Assumption in a short dress soon followed by others, so strong was the curiosity, so great the delight.

“Just marvelous!” said the evaporatees. “We feel like bubbles up here!”

Numbskulls, unable to see farther than the ends of their noses, never thinking that in a little more than a mile, even less, they’d run out of air, that—that . . . etc.

And yet, I’d had enough of this too-solid ground. I elbowed my way to the front.

“Another volunteer!” they cried.

“Farewell, my friends!” And I too rose into the skies, taking care to relieve myself first thing, as is always advisable before leaving on a long trip.

Music of the Spheres

The stars make music now. Shortly before sunrise, on fair-weather days, it’s like an organ concert, majestic and faraway, slowly swelling till around noon it’s blaring in your ears. It’s two good hours before anyone can hear again.

At night, the moon makes its entrance to an accordion tune, and I’ve seen people fall asleep, blissfully lulled by its music. When skies are gray, it’s as if a muted presence keeps you company about your business and then, abruptly, through a break in the clouds, drops on you in a shower of harmonies. It’s a bit like when a stopped-up ear suddenly clears.

Always live your life as if No One were watching. For No One rules the world. The need to please, to work yourself to the bone, is at the root of all intellectual failings on this earth.

But you are alone on an island, with No One for God. All around this bandstand, the sea is your only audience, your sole witness. So speak or stay silent, live life out loud or in whispers, it’s all the same: No One resides deep inside, and whether he slumbers or shows himself, you feel his discreet omnipotent presence within, his cyclopean eye beams from the middle of your brow like the headlamp on a miner in the muck, you make your way forward into the ever so lightly wooded night of existence with the purposeful step of a free man.

Translations from the French

Editorial note: From Fresh Fables for an Empty Stomach (various self-published chapbooks, 1940–62), which Edward Gauvin is translating into English with the support of a grant from the National Endowment for the Arts. 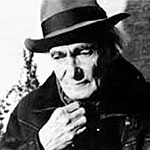 Pierre Bettencourt (1917–2006) was a critically acclaimed French essayist, painter, poet, and printer who first self-published his own work on a family-owned manual press during the Nazi occupation of France. 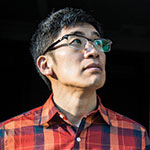