New Ways of Being in Contemporary Eco-Lit

by
A. E. Copenhaver

If ecological literature (“eco-lit”) of the early twenty-first century can stand as any evidence, we readers are being asked to consider new and more complex relationships about what it means to live an earthly experience. As the backdrop of our world grows increasingly apocalyptic, it’s fair to say we’re living in a time of deep psychological reckoning, battling our decaying and dysfunctional relationship with the living world, with animals especially, and with one another above all. Most importantly, though, eco-lit is no longer satisfied with the trope of (hu)man(ity) vs. nature. Contemporary eco-lit seeks to bear witness to the gravest atrocities our civilization can imagine, link and intertwine their histories to the present, and, finally, offer up transformative bright spots—visions and whispers of new ways of being. (N.B. This article contains spoilers.) 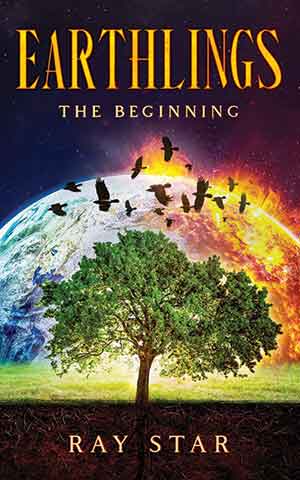 EARTHLINGS, by English author Ray Star, follows teenage protagonist Peridot as she learns not only is she “of magick” descent but that, in the outside world, humans are bred and raised as meat for animals. The formerly enslaved animals such as cows, pigs, and chickens have become the dominant force on the planet—and now, human children are wrested from their human mothers immediately upon birth, just as calves are taken from their mothers in our current industrial meat complex. Likewise, male human babies are placed in a separate barn destined to become the human equivalent of veal. Female human babies are, like their mothers, raised to be forcibly impregnated, milked dry, and then slaughtered for meat. While this inversion of the industrial meat complex pushes us to question our (ab)use of animals under our current system, the novel does not get stuck there. Readers can’t help but root for the compassionate and fierce Peridot as she strikes out with her (human-friendly) animal family members to find out just what good her powers can bring. 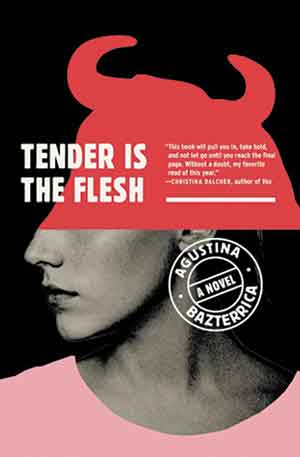 Tender Is the Flesh

“HIS BRAIN WARNS him that there are words that cover up the world,” we read on the first page of this striking novel by Brazilian author Agustina Bazterrica. In some future version of our planet, a deadly virus infects animal flesh, so society has decided “to breed people as animals to supply the massive demand for meat.” Through spare and circumspect prose, translated into English by Sarah Moses, Bazterrica not only invites readers to reconsider the dynamics of power surrounding the industry of meat but also to draw our attention to the language we use to normalize the practice of consuming flesh from an enslaved and once-living being. The novel’s protagonist repeats the refrain his society has adopted: “meat is meat, it doesn’t matter where it’s from.” When every bite of food we eat is garnished by a wide range of ecological and political implications, everyone’s mouthfuls say more than we can possibly imagine. 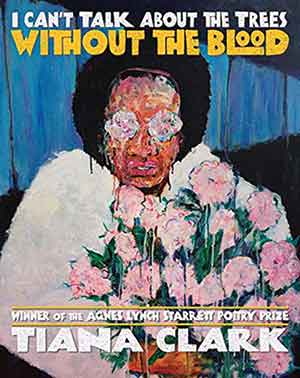 I Can’t Talk about the Trees without the Blood

WINNER OF THE Agnes Lynch Starrett Poetry Prize, Tiana Clark’s I Can’t Talk about the Trees without the Blood is as astonishing as it is tender, epic, searing, and true. Throughout the collection we see the speaker calling out and living with the commodification of Black pain, the legacy of slavery and of the Jim Crow lynching era, and then striving to create a beautiful life with the constant threat of these monstrous histories reaching into the present. “What the Blood Does” speaks to readers with impossible precision:

Clark brings forth a terrifying reality: that for Black Americans, trees can often represent violence, torture, grief, and fear. In language that shimmers with courage and darkens with terrors reimagined, this collection touches with careful fingertips, among so many other bottomless depths, how white supremacy has weaponized nature to perpetuate the oppression and subjugation of Black people. In a time when the impacts of climate change exacerbate existing systems of oppression and social inequities to create new and more damaging injustices for historically marginalized people, Clark’s collection could not be more powerful and necessary. 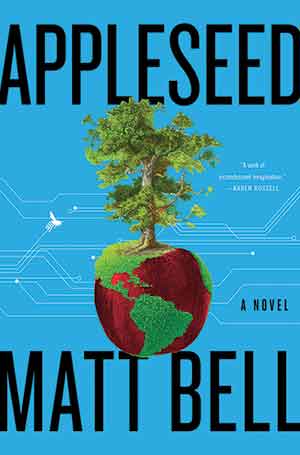 THROUGH LINE AFTER line of blisteringly mythical prose, Matt Bell’s Appleseed gives us three (at least) storylines in this speculative epic novel set in three (or more) eras. In the eighteenth century we follow two brothers (one who happens to be a faun) as they plant orchards across an American landscape “cleared by war, emptied by treaty.” In the not-too-distant future, we meet John, a recovering eco-saboteur and former bioengineer at Earthtrust, the last corporate entity on Earth that is about to commandeer the future of the planet. And then we have C—numbered at first 432 and then 433 when his physical being is born again through a technological reformulation—a faun-cyborg who also happens to be growing into a tree. This novel is so rich, so expansive, so swirling with imagination that one simply must read it to believe that it is indeed possible to graft humanity, earth, animals, and technology into something so much greater than the sum of its parts, something new and inspiring yet still lit up by the echoes of ancient myths. 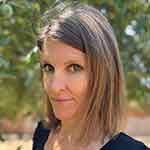 A. E. Copenhaver is a writer, editor, and science communicator. Her debut novel, My Days of Dark Green Euphoria, winner of the Siskiyou Prize for New Environmental Literature, was published by Ashland Creek Press in 2022. Her flash fiction “Let Them Eat Trees” was published in the anthology Kirstofia.