In Mexico, One Bookstore per 120,000 Inhabitants 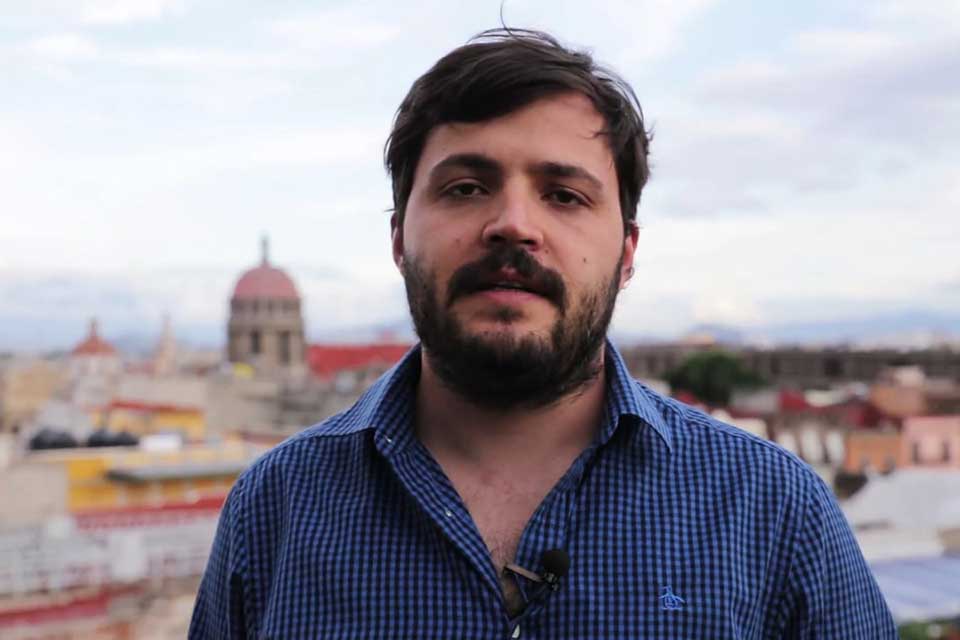 In this column that originally appeared in La Jornada, Elena Poniatowska considers the role of editors and talks with Diego Rabasa, founder of publisher Sexto Piso. Already precarious, the pandemic lockdown has made the plight of independent publishers and bookstores in Mexico in light of Covid-19 even more acute.

To be an editor is to answer the call of the gods. It’s a vocation, a ministry, an immense privilege, to enter the Olympus of literature.

To be an editor is to pick those who have talent and launch them. To be a publisher is to foretell: this one will make it. It’s also to disappoint and reject.

I recall the Dutch printer Alexander Stolz in Mexico holding out to me his exquisite edition of Benjamin Constant’s Adolphe, as if it were a diamond, at the Fondo de Cultura Económica, and the paternal care that Arnaldo Orfila Reynal took with the anguished palavering of Fernando del Paso. To be an editor is to be a psychologist and to be bewildered as to how to treat each creature-author. Vicente Rojo was my editor, and we have loved each other deeply since, but I never gave him trouble. What must that genius from Pachuca named Yuri Herrera be like? What’s his soft spot? I have to handle Carlos Montemayor with kid gloves because he’s unpredictable. Federico Alvarez, director of the FCE in Spain, told me that seeing Elena Garro and Helena Paz enter the FCE in Madrid was like falling into hell, and he never had time to get under his desk.

In addition to enduring almost fifty days of pandemic, we are living the tragedy of three Mexican publishing houses with an extraordinary service vocation: Era, Sexto Piso, and Almadía, headed by Marcelo Uribe, Diego Rabasa, and Guillermo Quijas—three physicians of the soul and benefactors of humanity.To be an editor is to confront some and lift the spirits of others; to bring together in a single person psychiatrist, philosopher, businessman, and savior of souls (because some authors even threaten suicide).

In addition to arriving at almost fifty days of pandemic, we are living the tragedy of three Mexican publishing houses with an extraordinary service vocation. – Elena Poniatowska

I hold the beloved Ediciones Era close to my heart because Neus Espresate and Vicente Rojo launched José Emilio Pacheco, Carlos Monsiváis, and Carlos Fuentes, touchstones of our contemporary literature. Also, thanks to Paloma Villegas, they published Friedrich Katz’s monumental Pancho Villa. Their catalog is extraordinary because, like good republicans, they focused on the social struggles of our country. And poetry. (Poetry doesn’t sell.) In the Madero Bookstore, the bookseller used to say to whomever went in: “I kept this for you because I’m certain you’ll like it,” and it saved your life. Booksellers, publishers, magicians, and surgeons, physicians of the soul, oncologists and pediatricians offered us on its shelves the keys to happiness and the healing of all the evils of the spirit that always betray us.

Apropos of Sexto Piso, Diego Rabasa explains: “In the first years we hardly published Mexican authors. Our youthful arrogance (ignorance?) led us to say: ‘We want to chart a very high literary sensibility regardless of the authors’ nationality.’ We weren’t publishers yet: it’s one thing to form a reading taste that comes from large catalogs forged in other countries and quite another to have the sensibility and judgment to allow your eyes to dictate, present, and give value to a literary work.

“When we finally gained a little experience, we had the incalculable luck to launch our first young writers who turned out to be the most important of new Mexican literature: Valeria Luiselli, Carlos Velázquez, Emiliano Monge. What’s more, we enjoy the trust of established writers like Margo Glantz and Mario Bellatin, who are part of our publishing adventure.

Diego Rabasa: With the pandemic, the entire flow has been disrupted. Bookstores aren’t paying. Very few are selling through their websites. To give you an idea, in Argentina they tracked 120 independent bookstores with online sales service. I’m not talking about chains, rather bookstores without branches. In Mexico, there are no more than ten that sell—more or less effectively—through their web platforms. That gives you an idea of how stagnant the market is in Mexico. If the environment was already precarious due to the lack of bookstores, the pandemic lockdown has made it more acute. Besides, revenue flows in the publishing world always lag behind.

Poniatowska: What do you think the consequences will be?

Rabasa: The largest receipts we have during the year, from December sales, come in six or seven months later. December, the biggest sales month of the year, isn’t collected until February or March, sometimes as late as April, and because it’s one of the most important receipts, the revenue that is essential to our economic well-being comes very late. . . . Now we can’t sell. If publishing companies already operate on very tight budgets, not selling puts us in an unsustainable situation. With the pandemic, the small bookstores are not going to reopen, because they weren’t able to pay rents, they had to lay off their employees, and they don’t have money to pay the bills they owe the publishers.

Poniatowska: What you’re saying is terrifying . . .

Rabasa: When bookstore activity resumes, we will have 30 to 40 percent less space to sell our books. I’m talking about a circuit that was already very precarious; this is why the outlook is so alarming.

Poniatowska: Will no one throw them a lifeline?

Rabasa: We’re working on that. The first reaction of the three publishers was to join forces to raise funds through donations, an emergency measure. Above all, we’re taking care of our staffs. We’re trying to raise funds so that no one is left without a job. We’re making a digital map of bookstores that will be helpful to small publishers who may not have a strong distribution network, and an in-depth study of potential customers: so that a reader will know in which independent bookstore near their community they can find the book they’re looking for. We’re also pointing out the very serious public policy problem within the publishing sector.

Poniatowska: In Guadalajara, I listened to Roberto Banchik, general director of Penguin Random House México, reject the proposal made by Paco Ignacio Taibo II, director of the FCE, and praise Marcelo Uribe . . .

It’s extremely difficult to fight without public policy stimulus; for example, without a fixed book price that allows small bookstores to compete with the big ones. – Diego Rabasa

Rabasa: Without public policy to stimulate the creation of bookstores, the publishing industry will continue to lag behind and will likely be exacerbated by the economic shutdown we’re now experiencing. . . . In Mexico there is one bookstore for every 120,000 inhabitants; in Argentina, one for every 35,000 inhabitants; in Spain, one for every 15,000 inhabitants; our proportion of bookstores is very low. It’s extremely difficult to fight without public policy stimulus; for example, without a fixed book price that allows small bookstores to compete with the big ones. That’s why fiscal stimulus programs, zero tax payments for bookstores, like France and Germany, are crucial. A series of public policies have been stalled for a long time and are essential to get the industry going.

Sexto Piso, Almadía, and Era are looking to merge some administrative expenses, by sharing transport logistics, a warehouse, going to book fairs together to reduce costs, combining promotional and advertising efforts. Right now, the distribution and press teams of the three publishers are coordinating to do PR for this or that book. It’s not the same for each imprint to publicize its editorial program on its own as it is for the three independent publishers in Mexico to do so in a coordinated way. That’s why we hold virtual events with one author from Era, one from Almadía, and one from Sexto Piso, which give us a lot of visibility and allow us to implement public policies in an urgent way and have a bit more power to negotiate exhibition spaces.

A good part of the world—80 percent of the market—is dominated by three publishing groups that have a very aggressive business attitude: Penguin Random House, Planeta, and Ediciones B, which leave little physical space for other publishers. Bookstores also need to survive. The highest-selling books belong to these groups, and bookstores privilege their space, which restrict independent publishers.

Poniatowska: We should remember that four Cervantes winners came out of Era—Fuentes, Pitol, Pacheco . . .[i] If you join forces, the situation can change, because it’s not the same for Sexto Piso to go negotiate with a bookstore chain on its own as for Era to do so on its own, and Almadía . . .

Rabasa: We’re acquiring more power. We’re carrying out all of these strategies in the short and medium term: fundraising, a map of bookstores, as well as highlighting the lack of public policies and coordinated promotional and marketing teams to acquire more visibility and exhibition spaces.

Poniatowska: When authors gain recognition and sell well, they go to a commercial publisher . . .

Rabasa: Yes, but we can’t blame them, because they don’t live in very comfortable economic circumstances either. They work long hours for pay that doesn’t compensate for their effort, and if at any time they’re presented with an economic opportunity that exceeds that of the independent publisher, I’ve personally never held a grudge against any author who leaves me. Fernanda Melchor and Emiliano Monge went to Random House, but internationally successful authors, like Valeria Luiselli, stay with Sexto Piso. Likewise, authors who’ve had a longer career—Fabio Morábito, Mario Bellatin, Margo Glantz—prefer personal spaces.

Poniatowska: Do you feel that Mexicans love books? Many never open one once they leave school . . .

Rabasa: I think it’s changed a bit, Elena; the Mexican publishing scene has more exposure, especially abroad. More Mexican books are translated than before. My partner is a literary translator, and it’s incredible how fast our books are being contracted.

[i] Translator’s note: Elena, perhaps out of modesty, fails to mention that she is the fourth Cervantes laureate to have published with Era.

Editorial note: This is a translation of a piece that ran on May 17 in La Jornada. 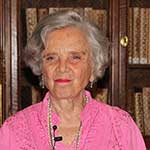 Elena Poniatowska is the 2014 recipient of the Miguel de Cervantes Prize. One of Mexico’s leading journalists and authors, and a nominee for the 2012 Neustadt Prize, Poniatowska’s work focuses on the disenfranchised.