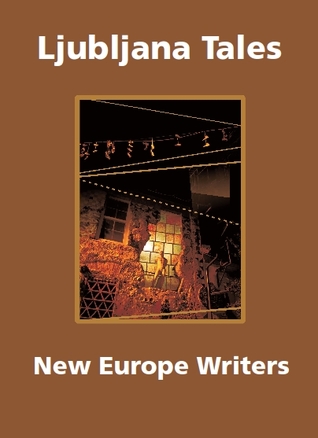 It is difficult to get a coherent sense of Ljubljana from the sixty-six items in Ljubljana Tales, but a few things are clear. First, Ljubljana itself does not seem to provide enough material to fill a whole book, confirming some local writers’ view that it is too small to be a real capital city. In many of the selections, people take trains in or out, stop at Lake Bled and other provincial locations, and become aware, in returning to the source of their roots, that their writing in the city has been futile.

In the collection as a whole, Ljubljana itself seems almost empty, especially on a Sunday (strict realism). In Ludwig Bauer’s “The Amphibrach,” the focal character sees it as “a town of human proportions,” but if it might have been so in the past, in the present it is almost labyrinthine. The Ljubljanica River and its bridges, especially the Triple Bridge next to Prešern Square, are the focus of what life there is in the city. Downstream, the Dragon Bridge is not only a landmark but, with the creatures affixed to either end that are emblems of the city, also a source of fantasy which does little to enliven the characters’ mood. It rains a lot.

The prevailing mood is melancholic. In a number of stories and poems, characters seem to long for devolution, most notably in Miroslav Slana’s “The Scarlet Frog,” in which a prostitute who cannot find other work in post-independence Slovenia fantasizes, while waiting for a client, about prehistoric times and the scarlet frogs that inhabited the marsh. She services an American officer while watching Bill Clinton, his pants legs too short, speaking in the rain. Later she stops before a statue of Marshal Tito, who grants her wish to become a frog; she’s followed by Clinton—who also wishes to become a frog because he’s “fed up with all the carnage”—and by the rest of the population, though the politicians are condemned to remain as they are.

Confrontation with Slovenian history operates in a different way in Evald Flisar’s “An Incident in Ljubljana,” in which the narrator’s Uncle Schweik, in conscious reference to Hašek’s character, seeks only calm. Uncharacteristically, at the beginning of the independence movement, he attacks an approaching Yugoslav tank, thus achieving, as his mother had wished, his place in history before sinking back into his passive attitude. In a way, both stories symbolize recent Slovenian history, where action seems to be futile.

While not all the selections are this bleak, there is little energy to offset the prevailing somber mood. Had the anthology been compiled a few years earlier, in the brief period of euphoria occasioned by EU membership and the arrival, in a series of black armored cars, of the Euros that would seal the country’s movement from the Balkans to Europe, the mood might have been different. But probably not, since except for a few ironists like Iztok Osojnik and Andrej Blatnik and some neo-fantasists like Miroslav Slana, humor does not seem to be a dominant strain in Slovenian literature—perhaps because, in most of its history, not many funny things were going on.