Five years old, I am chubby, strong, husky, and brown. My hair bleached under southern sun smelling of saltwater, Spanish moss, and cedar, parted down middle pulled into pigtails, that droop in afternoon gulf humidity. I am coming home from kindergarten; Mrs. Klamfar’s class rushing up sparsely graveled driveway to our house. By the time I am getting home Dad is up, windows open, breeze kicking up as humidity rises, and late-afternoon thunderstorms gather on worn-out edges of day.

Dad smells of salty seawater and fresh fish, mingled with the pungent residue of car oil and warm smoked smell of cedar and cigarettes—Vantage 100s. His fingernails never clean, and his hands till this day heavy, broad with calluses never faded. Despite claims that his hands now feel weak and childlike compared to his twenties. When I am home from school Dad’s steel-toe boots sit by his wide olive feet, scuffed camel-colored spattered with oil and a gas stain, which I can smell—I stare at them. Never understand why my father, the man who plays tossing us about in water like otter with its food—then devours our little faces with Donald Duck quacking kisses—needs boots so violently heavy—as if he went to work kicking someone. In his own way, he did kick, fiercely pressing to survive long nights, welding heat of blowtorch compounded by steamy humid night air thick with salt.

Didn’t matter how late, or rather early, it was when Dad came home from night shift; I was up creeping from the room shared with my sister, in our little house that boasted two bedrooms, one bath, living room, and kitchen. Height of blue-collar late seventies décor, complete with orange shag carpet, torn Naugahyde couch, old lamp with yellow plastic shade made to look like basket weave, an empty beer keg turned side table with help of a round piece of particle board and a vast square table dad built himself. (Under which many a family of roaches made their home.) Off came those heavy steel-toe boots, the socks, which Dad peeled from his feet after hours of work, sweat, and flame. And in the twilight of a sun nostalgic for a time when rising didn’t mean climbing through fog of discarded smoke pumped out of seaside factories, we would sit on that rough, orange shag carpet. Pitcher of sweet tea between dad’s legs, we watched whatever cheesy sci-fi movie was on at 4 a.m.: Godzilla, Journey to the Center of the Earth, Attack of the Mushroom People. Dad, me, tea, the rising dawn and the special chocolate-covered cherry he snuck home in his pocket . . . just for me.

Thirty-eight years old I am more than chubby, strong in more than body, heavy hipped, heavy breasted, and fair. My hair, dark brown, smells of cedar and coconut, missing the sweet, salty scent of gulf water and the rich depth of moss, is parted down the middle and pinned to the top of my head in a “rooster tail” that droops lazily in the crisp coolness of Oklahoma fall. I am coming home from work, classes, pulling in the cracked and broken driveway. Later, once inside, I settle myself on the bed wearing my oversized Beatles’ Hard Day’s Night T-shirt, sitting cross-legged like the Indian I am, with a big glass of sweet tea flicking on the sci-fi channel. 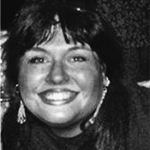 Rain C. Goméz won the Native Writers’ Circle of the Americas 2009 First Book Award (Poetry) for Smoked Mullet Cornbread Crawdad Memory (Mongrel Empire Press, 2012). Currently working on her dissertation, “Gumbo Banaha Stories: Locating Louisiana Indians and Creoles in the Indigenous Diaspora of the American South,” she has also completed a second manuscript of poetry, “Miscegenation Round Dance: Poèmes Historiques.” Goméz’s writings have been published in SING: Indigenous Poetry of the Americas, American Indian Culture and Research Journal, and others.