Working at Getting the Word Out in America: Small Presses, Journals, and Websites Publishing Working-class Writing 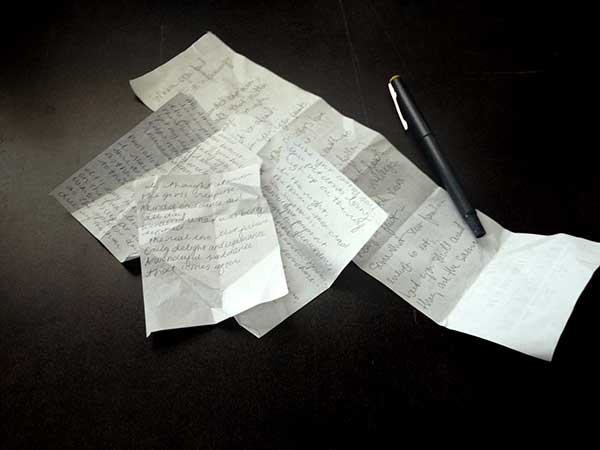 Anthologies provide many readers with introductions to writing they might not have discovered otherwise. There are several anthologies of working-class writing in print, among them Working Words: Punching the Clock and Kicking Out the Jams (Coffee House Press, 2010); On the Clock: Contemporary Short Stories of Work (Bottom Dog, 2010); You Work Tomorrow: An Anthology of American Labor Poetry, 1929–41 (University of Michigan Press, 2007); American Working-class Literature (Oxford University Press, 2006); Literature, Class, and Culture (Longman, 2000); and Calling Home: Working-class Women’s Writings (Rutgers, 1990). In addition, lists of writing by American working-class authors or which treat working-class themes are available on the Internet; a few suggested sites include the Center for Working-Class Studies Literature list, the international reading guide at libcom.org, and Labor Notes’ fiction list .

Journals, particularly online journals, have proven to be an excellent way for marginalized and otherwise unrecognized literatures to reach the public. Jim Daniels’s history of new working-class writing, which begins in 1979, lists six presses and ten journals that exclusively or consistently published working-class writing. (I will concentrate on journals still in existence; see Daniels’s history of working-class publishing in New Working-class Studies [ILR Press, 2005] for information on journals that have ceased operation before 2009.) Two of the journals Daniels names are still publishing: Blue Collar Review and Minnesota Review. Pemmican, although its webpage is still up, seems to be on hiatus. Blue Collar Review has been active since 1997; it always includes a beautiful, full-color illustration—usually a painting—on its cover; the interior is black and white, and it is saddle stitched. Stapling the journal rather than using perfect binding allows for Blue Collar Review to keep costs down: a one-year subscription to the quarterly costs only $15 for four issues; single copies are a proletarian-friendly five bucks. Ed Ochester and Judith Vollmer are editors of 5AM, a highly regarded biannual review that frequently features writing with working-class themes. 5AM is printed in tabloid format on high-quality paper and, like Blue Collar Review, affordably priced at $12 per year.

Among the journals Daniels did not include by name is Struggle: A Magazine of Proletarian Revolutionary Literature, which began as a print journal in 1985 and continues today in both print and online editions. Work literary magazine, an online journal based in Portland, Oregon, was established in 2009; it “is dedicated to celebrating the daily grind: white-collar, blue-collar, pink-collar, sex work, food service, freelancing, and more” (Work). Blast Furnace was established in 2011, and Drafthorse: Lit Journal of Work and No Work went live in 2012. Minnesota Review, established in 1960 and currently housed at Duke, has consistently published writing by and about the working classes.

Most of these journals publish working-class writing for a primarily working-class audience and for those with allegiances to the working class. By and large, the editors of working-class literary journals are remarkably ecumenical in their choice of poems, in their broad acceptance of many styles of poetry, and in their promotion of working-class poets—professional, amateur, and in between. If one were forced to declare a winner in the long-running poetic battle between the valuation of form versus content, in the case of working-class solidarity poetry and its affiliated publics, content would surely take the prize, so long as “content” is understood to include both the experiential and the ideological.

This does not mean that working-class solidarity poets do not strive toward technical mastery; it does mean that a technically masterful poem that works against or has nothing to say about the lives, the interests, and the political goals of the working classes will not likely be published in working-class journals. It also means that many working-class editors choose to publish poetry that might not find a home elsewhere because of the poet’s amateur status, the poem’s perceived simplicity of form, or its polemical content. Moreover, most working-class poetry published by these journals is “progressive” in the sense that Blue Collar Review editors Mary Franke and Al Markowitz intend it: politically charged poetry that speaks from a working-class perspective on behalf of the goal of economic and social justice for all.

Like the journal editors, many small presses that publish working-class poetry show an editorial preference for progressive work that promotes empathy toward and solidarity with working-class people toward the end goal: an economically and socially just society. The presses most often associated with working-class writing are Larry Smith’s Bottom Dog Press (named after the first novel by radical proletarian writer Edward Dahlberg) and John Crawford’s West End Press. Bottom Dog Press, located in Huron, Ohio, has “published 120 books in our 24 years,” among which are poetry collections by Mary E. Weems, Jim Daniels, Paola Corso, and Jeanne Bryner. Smith also directs the Firelands Writing Center at BGSU Firelands College in Huron, Ohio. Firelands Writing Center is a cooperative of regional writers who offer free monthly writing workshops open to the public, open-mic and featured readings, and a writers’ retreat. West End has “published progressive, working-class, and regional poetry, drama, and fiction, with a concentration on women and multicultural US writers” since 1974; the press has published work by Meridel Le Sueur, Pablo Neruda, Sharon Doubiago, Paula Gunn Allen, Cherríe Moraga, and Shirley Geok-lin Lim. Publisher Crawford put out more books in 2008 than he has in any year since 1979, and a recent distribution partnership with the University of New Mexico Press has proven beneficial. West End also sponsors People’s Cultural Conferences with help from long-time radical publisher, writer, and activist Fred Whitehead, poets Cherríe Moraga, Margaret Randall, Patricia Clark Smith, Simon Ortiz, Levi Romero, and others, gatherings where activist artists, writers, musicians, and community organizers plan strategies, share tactics, and offer support to one another.

Blue Cubicle Press in Plano, Texas, which publishes Workers Write! journal and the Overtime fiction chapbook series, is one of the new tiny presses. The journal publishes fiction and poetry; the chapbook series publishes short stories set in a workplace, one story by one author in each issue. A $15 subscription gets the working-class reader a new Overtime chapbook every three months and a copy of the most recent issue of the annual Workers Write Journal. The journal is thematic, and past titles have included “Tales from the Cubicle,” “Tales from the Classroom,” “Tales from the Clinic,” and “Tales from the Cash Register.” Despite the press’s location and the perceived conservatism of the area’s working-class population, it has taken chances in its chapbook series, publishing Overtime #4: A Pocket Guide to Male Prostitution, a short story about a young man who decides that “surfing and sex would seem like the perfect summertime occupation” (“Workers Write”). The editors added a warning of adult content to the chapbook’s listing in the online store but did not censor it or hide it from their customers. Because a tiny, digital press has a comfortable cost-to-price ratio and a closely targeted audience, it can afford to take occasional risks; not all of them do, of course, but Blue Cubicle does.

Not only are writers with allegiances to the working class taking advantage of Internet venues established specifically for working-class activism and writing, but they are also making appearances in other online poetry sites as well. For example, Harriet, the blog of the Poetry Foundation of America, recently featured writing and reviews by Mark Nowak, poet and editor of Xcp. Poetry by working-class poet and literature professor Kathy Lou Schultz can be found at PennSound, and, along with other writing by Schultz, her essay “Talking Trash, Talking Class: What’s a Working-class Poetic, and Where Would I Find One?” is available at HOW2.

There are likely hundreds more tiny working-class presses and journals in every corner of the nation. They find their places in a history of working-class disruption of mainstream, middle-class literary production, following a tradition that includes pamphleteering by Diggers, protesting enclosure in seventeenth-century England, Emanuel Haldeman-Julius’s Little Blue Books that sold for “as little as five cents” (Potts) in the 1920s and ’30s and were “small enough to fit in a trouser pocket,” and d. a. levy’s “mimeograph revolution” in the 1960s (“The d. a. levy Collection”). Poetry, in the calloused hands of working-class people, is more than just self-expression; it is radical praxis, critical pedagogy, disruptive rhetoric, and a call to solidarity.

Author note: All links for anthologies lead either to the publisher or to Powell’s Books, which is a union shop.