What distinguishes the modern surveillance-and-control state from its predecessors is technodeterminism: the use of algorithms, not human beings, to monitor and shape citizens’ attitudes and behavior. A grotesque example of a primitive political order enslaving its subjects is found in Kyrgyz writer Chingiz Aitmatov’s 1980 novel The Day Lasts More Than a Hundred Years. He retold the legend of the mankurts—prisoners in steppe societies who had wet camel hides (shiri) fitted over their shaven heads. Left in the Central Asian sun until the camel skin dried out, either cracking their skulls or destroying their reason and memory, mankurts who survived became mindless subjects. A bit earlier, in the classic era of dystopian writing around the time of the two world wars, Aldous Huxley, George Orwell, Yevgeny Zamyatin, and others described the makings of sophisticated totalitarian regimes. Are we today on the brink of a new wave of literature offering resistance to an all-knowing surveillance state? 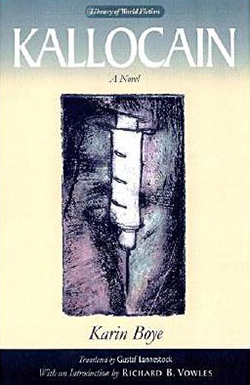 It is puzzling that Swedish writer Karin Boye’s 1940 novel about a totalitarian Worldstate is not treated as a classic of dystopian fiction. The novel offers a terrifying account of state manipulation of people’s thoughts and feelings, transforming them into mere “healthy cells in the state organism.” Boye takes for granted that citizens are constantly monitored and imagines innovations toughening thought control. Through kallocain, a truth-telling drug, human feelings are repossessed by their rightful owner, the state. Linda’s valiant struggle against succumbing is particularly poignant. One critic wrote that “Karin Boye is something of the saint thirsting in the desert.” She took her own life within a year of completing this novel. 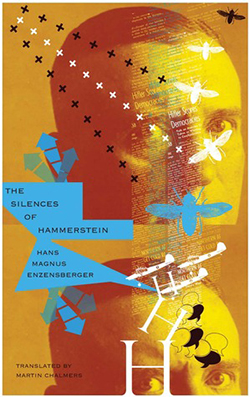 The Silences of Hammerstein

Nazi Germany organized its citizenry into a militarist mass society. But how it repressed opponents, especially of elite military background, has been left to one of Germany’s leading poets and public intellectuals to describe. Combining archival and epistolary sources, reportage, fictional posthumous interviews, and narrative, Enzensberger offers a spellbinding account of the intransigent Kurt von Hammerstein, the Wehrmacht’s last commander before Hitler, and his family. Opposition to the Nazi order is spearheaded by three of his four daughters who join the Communist Party and consort with Jewish militants. We also obtain new insight into the totalitarian Stalinist regime with which Germany collaborated. 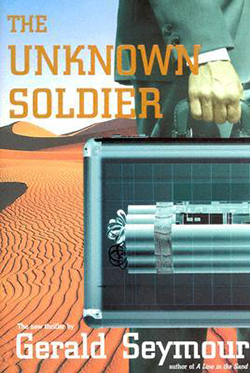 A British-born Al Qaeda mastermind released from Guantánamo crosses the sprawling Saudi desert in a caravan populated by camels, Bedouins, and terrorists. Tracking him from the skies are American technicians operating Predator drones and Hellfire missiles. Their location is eerily close to the site of the real-world, secret US drone base that showed up in satellite images in February 2013, two years after the base’s clamshell hangars and airstrips had been constructed but nine years after the publication of Seymour’s novel. Do the drones get their man? 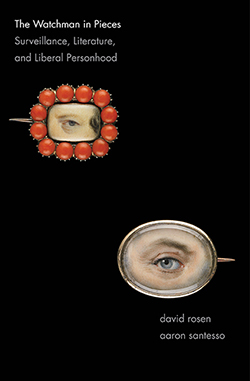 The Watchman in Pieces: Surveillance, Literature, and Liberal Personhood

This scholarly monograph offers a sweeping history of surveillance and literature since the Renaissance. Political structures and literary works share a philosophical quest for understanding and organizing reality. Both construct observation strategies. Today profit-motivated, corporate dataveillance adds a new layer to citizen control. Literature’s role is to restore empathy and to rehumanize the state while mapping strategies of resistance.

Ray Taras was born and educated in Montreal and went on to study and teach at universities in the UK, Denmark, Italy, Sweden, and the US. He publishes on issues of identity and of world literature’s importance to making sense of international politics. He has been professor of political science and past director of the world literature program at Tulane University in New Orleans. In 2013–14 he is Fulbright Distinguished Chair in European Studies at the University of Warsaw. His interviews with Carsten Jensen and Rawi Hage appear, respectively, in the May 2011 and July 2013 issues of WLT.