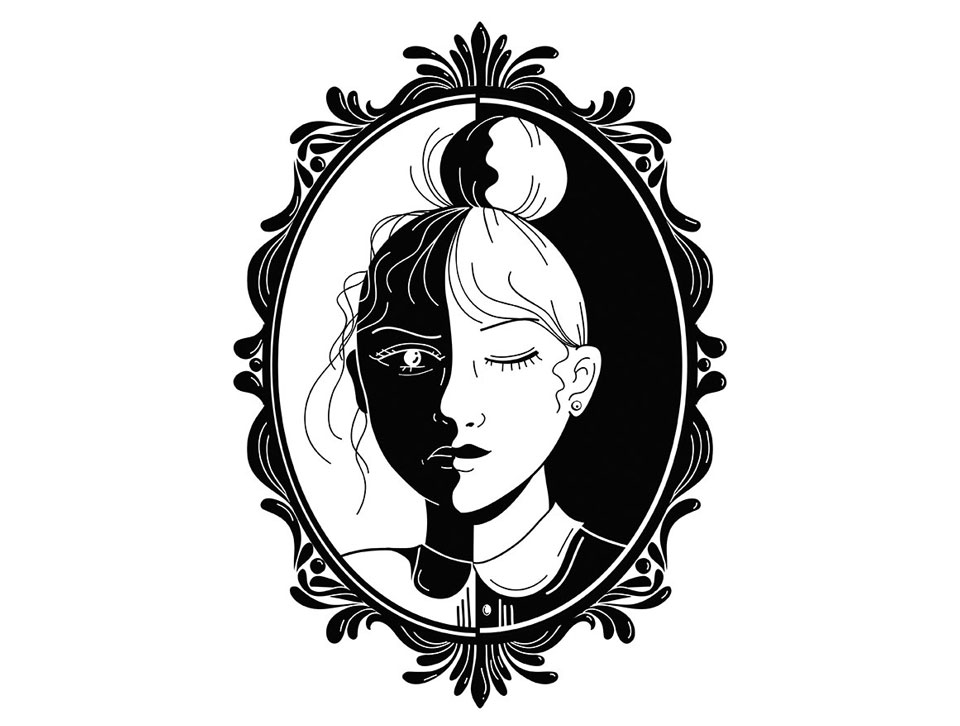 The conventional wisdom in publishing for many years has been that women read and men don’t. Market research shows that men, on the whole, read for work, concentrating on nonfiction, whereas women read more for pleasure, leading, for example, to the Harlequin publishing juggernaut. In one survey, every genre but one was read by more women than men. It was surprising to see that this was true for what we see as testosterone-infused genres like detective novels, thrillers, and even westerns. The sole male bastion was science fiction, but it was a weak one, its audience split at 51 percent male to 49 percent female.

Novels presumed to be oriented toward women are therefore always particularly appetizing to publishers, and tropes directed toward women are prime ingredients in most fiction. By “tropes” here, I mean not the figures of speech but rather repeating motifs of plot, conflict, and situation. A novelist sets up a particular situation that is compelling and disturbing. The book becomes a success and others begin to exploit the fictional situation in the same way that musicians do their themes and variations. Consider the following three women novelists from different nations who are currently earning particular notice in crime fiction. Each of them bases her books on tropes that are mainstays of popular literature—as most novelists do. Contrary to what we might prefer, the popularity of most novels rarely depends on the quality of the writing, and those rare books that stay in our memories for the rest of our lives often exploit the same tropes that dozens of clumsily written, best-selling potboilers do.

Contrary to what we might prefer, the popularity of most novels rarely depends on the quality of the writing, and those rare books that stay in our memories for the rest of our lives often exploit the same tropes that dozens of clumsily written, best-selling potboilers do.

A huge best-seller in Europe and recently translated from the original French, Leïla Slimani’s The Perfect Nanny was the subject of a recent blog review on the World Literature Today website. The original title was Chanson douce, which was rendered as Lullaby in the British publication. It won the Prix Goncourt, putting Slimani, the first Goncourt winner born in Morocco, in the select literary company of Pierre Lemaitre, Michel Houellebecq, Marguerite Duras, Simone de Beauvoir, and even Marcel Proust. A journalist, Slimani wrote only one previous novel, Dans le jardin de l’ogre (In the garden of the ogre), the story of a woman’s decline due to her sexual addiction. Slimani has said the original idea came from the sensational news story of the accused rapist and politician Dominique Strauss-Kahn. In a similar way, Chanson douce got its beginning from the horrific story of the Krim murders in Manhattan. Two children, ages six and two, were stabbed to death in the bathtub by their nanny, who also wounded herself. Judged mentally competent, she was convicted of murder in April 2018. There are many resemblances between Slimani’s novel and the details of the crime, although she transplants it to France—the economic status of the victim’s parents, for example, and the immigrant status of the nanny. The presence of these elements adds political and social weight to what could be just another horror story, giving the reader the sense that the novel has more meaning than it would have without it. Yet it is clear that the visceral resonance of the book is not really its socioeconomic implications.

The loss of a child is beyond terrible, and who would want to read about it? Yet one immediately thinks of the 1992 hit film The Hand That Rocks the Cradle and many similar stories—maybe even The Turn of the Screw. Parenting gives one a keen sense of mortality. What is that rash? Does his forehead feel hot to you? Every news item about the untimely death of a child sends a chill through a mother or father. The fragility of life is all around us, and—what’s scarier—we know that, through no fault of our own, the slightest moment of inattention can be fatal. What’s worse, we are all imbued with the sense of tragedy, the knowledge that we could do everything right and nonetheless suffer horrific consequences. We have all trusted the wrong person at times. “The Devil hath power to assume a pleasing shape,” says Hamlet, articulating what has long been obvious, our own inability to recognize the flaws in our perception. These fears feed the trope of the evil nanny/babysitter. When we viscerally fear something, we turn it into stories so that we can, perhaps, purge our fear that the charming nanny we so carefully selected has a madness ticking in her. We fear that our own good intentions may open a door to evil.

We have all trusted the wrong person at times. “The Devil hath power to assume a pleasing shape,” says Hamlet, articulating what has long been obvious, our own inability to recognize the flaws in our perception.

The Marsh King’s Daughter, by Karen Dionne, was named a best book of the year by Library Journal and is one of the finalists for the 2017 Hammett Prize for Literary Excellence in Crime Writing. Like The Perfect Nanny, it has become an international best-seller by finding inspiration from the headlines and combining it with other elements to create a suspense thriller that reviewers praise for its originality. The title comes from an 1858 story by Hans Christian Andersen in which the evil Marsh King kidnaps an Egyptian princess and holds her prisoner. She gives birth to a daughter who alternates between having human form in daylight, but the form of a toad at night, and who seeks redemption from her curse. Dionne connected this fairy tale to the recent cases of women like Elizabeth Smart, who was abducted at knifepoint at age fourteen and held as a prisoner for nine months, or the bizarre case of Elisabeth Fritzl, who was imprisoned at age eighteen in a secret cellar in her father’s home in Austria and did not escape for twenty-four years. During that period, she gave birth seven times.

There have been other such cases, all so horrible that writing such a story in a way that is tolerable requires a considerable literary skill to be horrifying while somewhat deflecting the direct stare. John Fowles’s first novel, The Collector, comes to mind, employing the point of view of the kidnapper, Clegg, for the first part of the novel and of the victim, Miranda, for the second. Emma Donoghue’s novel Room, told from the point of view of a boy imprisoned with his mother, was nominated for the Man Booker Prize and was adapted into an Academy Award vehicle for actress Brie Larson.

Dionne uses the point of view of Helena, the daughter of a woman who was once held prisoner in a remote cabin in upper Michigan. Her father escapes from prison, and Helena confronts the secret circumstances of her birth and childhood, realizing she is the only one who knows the marsh well enough to catch her father–whom she loves. The story thereby becomes a chase through the wilderness, not unlike many westerns, but with many more psychological facets than the usual chase. To contemplate years of confinement is horrible enough, but to be chained to a bed, to be subject to the brutal whims of a sexual sadist, to be made pregnant and then forced to give birth in such a situation would have to be among the most terrifying things a woman can imagine. The threat of being abused and helpless unfortunately hovers in the back of most women’s minds. They have experienced abuse or seen it or know someone subjected to it. Total subjection and degradation is too easy to imagine.

Yrsa Sigurðardóttir has been called the queen of Icelandic noir and has a strong following with her series featuring attorney Thóra Gudmundsdóttir. Her latest novel, The Legacy (published as DNA in the UK and Iceland), won the Icelandic Crime Authors’ Association award for best novel of the year. It begins a new series centered on a psychologist, Freyja, and a detective, Huldar, who awkwardly discover upon meeting about a case that they once had an anonymous one-night stand. Huldar has sought out Freyja because of her expertise in child psychology. A seven-year-old child is the only witness to a particularly brutal crime, the murder of her mother. The child is so traumatized that she cannot speak. Yrsa (“last names” are not traditional in Iceland) is a writer often compared to Stephen King in her ability to evoke horror, and when one reads the account of the crime one easily believes the little girl would be traumatized. Ironically, Yrsa is also a noted and award-winning children’s writer. She decided to try thrillers after deciding it was hard to write funny all the time.

It is snobbish and simplistic to look at the catalog of tropes employed in mystery-thrillers and say, “Oh, there that is again! How uncreative!”

The trope of the witness unable to speak or unable to remember the crime is a common one. Perhaps it derives from parents’ frequent anxiety that they cannot “reach” a child, that what is going on in their child’s mind is frighteningly elusive. Actual cases of children unable to speak after undergoing trauma are common. Polish author Jerzy Kosiński temporarily lost the ability to speak during his childhood experience of the Holocaust. In Alfred Hitchcock’s Marnie and Spellbound, the key to unlocking the crime involves a search through the landscape of a tortured mind. “Amnesia” shows up far too often in crime writing, more as a convenient plot device than as a depiction of real amnesia, which is much more unpredictable than the bump-on-the-noggin amnesia of late-night cable, always cured by a confrontation with the bad guy. The Legacy also demonstrates Yrsa’s skill in combining tropes, as she employs the trope of the serial murderer challenging detectives with arcane clues that must be deciphered, something familiar from Red Dragon, The Bone Collector, and episodes of Criminal Minds.

It is snobbish and simplistic to look at the catalog of tropes employed in mystery-thrillers and say, “Oh, there that is again! How uncreative!” Frankly, I never again want to read a novel that features a detective framed with his own gun. Yet each trope has a resonance in deep-seated fears and anxieties we all experience, or they would not have become tropes. The creativity of the skilled writer is in exploiting and combining these elements and in making them seem like threads in the tapestry of the universe. The most frightening nightmares are the nightmares we endlessly redream.