Where Is a Bad Guy When You Really Need One? Antagonists and Master Criminals 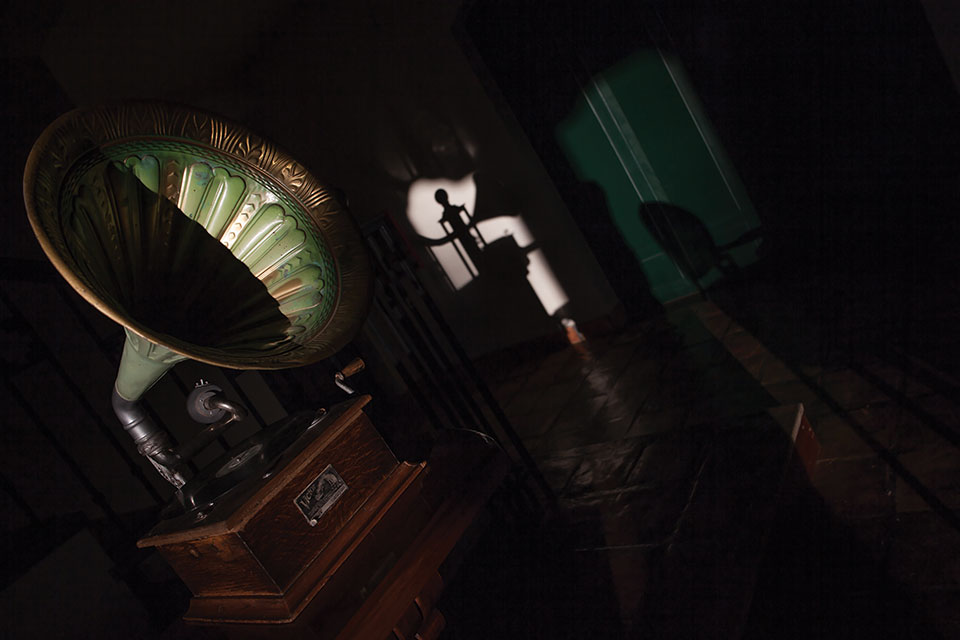 hat is crime fiction about? One glib answer is the struggle between good and evil. As light is defined by darkness, there is no hero without the counterpush of an opposing character. The Greeks left us the terms “protagonist” and “antagonist” from their word for “actor” (agon), with the “protagonist” being the primary actor, and the “antagonist” being the opposing. In most stories, the protagonist is “good” in the sense that Aristotle describes in his Poetics, not saintly or morally pure—Aristotle was not a Christian—but making choices the audience would interpret as the proper ones. Consider the brilliant classic “A Jury of Her Peers,” by Susan Glaspell. A group of women conceal the fact that their friend, abused by her husband, murdered him. By the time we reach the story’s conclusion, we generally agree with their decision and have come to view the sheriff as an antagonist. The women are not doing “good,” in the conventional sense, but the sheriff is certainly not “evil.” His choices, as a man and a representative of the law, show us his blindness to the emotional cruelties inflicted on the wife for many years. Her suffering justifies the difficult choice to remain silent, and readers, with perhaps some reticence, agree.

In most crime stories, the choices are not nearly as ambiguous. Sherlock Holmes is on the side of God and the Crown, but we wouldn’t in the usual sense think of him as “good.” He’s a cocaine addict, he shoots holes in his apartment’s walls, and he seems to have little or no respect for “inferior” people. He treats the steadfast Watson—a wounded veteran and a physician—like a King Charles spaniel there to amuse him. Yet Holmes and his readers face little anguish in his choices. Something bad is afoot and he will end it. Raymond Chandler’s Philip Marlowe often exhibits a rueful sympathy for petty criminals and other moral “small stuff,” but there is never any question about the big stuff. Sam Spade, in The Maltese Falcon, faces an agonizing choice between love or justice. Knowing how much Sam loves Brigid, the reader becomes afraid that Sam isn’t strong enough to make the proper choice. It comes as a relief that he makes the painful, but right, choice. He’s not even able to articulate well why he does this, but we like him, even admire him, for choosing what we hope we would have the strength to choose in similar circumstances.

In most crime stories, the choices are not nearly as ambiguous. Sherlock Holmes is on the side of God and the Crown, but we wouldn’t in the usual sense think of him as “good.”

The antagonist, in fact, does not need to make choices that the audience finds “not good.” He or she merely needs to hinder the “good” choices of the protagonist. By opposing the protagonist, for any motive, an antagonist fulfills the dramatic function. Aristotle controversially wrote that character is in service of the plot. You might have a play without character, he says, but never one without plot. It is one of the most attacked things he wrote, and yet think of all the entertainments you have enjoyed that are largely “characterless.” A good guy, a bad guy, and a series of events leading to a conclusion—it’s certainly the essence of most murder mysteries.

This is not to say that the highest quality of literature gives us characters without complexity or complication (“depth” if you prefer), but white hat/black hat conflicts are the rule in books, movies, and sometimes even quality television. Hired to write an original Law and Order novel, I was told that the novelist’s challenge was that the show was characterless; that is to say, unlike many other television series (like the spin-off Law and Order: Special Victims Unit), the internal struggles of the characters were of little or no consequence. Almost no one thinks of Law and Order as “junk” television, however. It runs almost every night on cable television, still delivering its thoughtful episodes to its audience. The old series Mission Impossible was similarly characterless. Barney in the crawl space clipping wires under the dictator’s palace was all you needed to know about Barney.

The full character of the antagonist is usually concealed, but ideally, shouldn’t the antagonist be equal, a worthy opponent, a mirror reflection of the protagonist?

Novelist Dick Francis used to say that developing the hero’s character filled up his pages. However, in crime writing, I would say, the bad guy is usually underdeveloped, and frequently cartoonish. Why? Well, for the sake of mystery, the full character of the antagonist is usually concealed, but ideally, shouldn’t the antagonist be equal, a worthy opponent, a mirror reflection of the protagonist? Writers create plots, however, in which the conflict must be resolved, so naturally, a tie (to paraphrase Vince Lombardi) would be like kissing your own sister. The deck is going to be stacked for the “good guy.” Continental writers often push their resolutions toward ambiguity to both make them more “realistic,” like “literature,” and less obviously British and American knockoffs, but the collision of definite good and evil is much more popular, both in derivative writings and in imported best-sellers.

I would further argue that few people are capable of identifying with true evil. Even the most hardened criminals rationalize their behavior. The girl didn’t rob the store in order to show off her evil—she wanted a new frock. Raskolnikoff murdered his landlady to become Napoleon. We may be decadently amused by Hannibal Lecter, but can we identify with him? He lost me with the fava beans, never mind the liver. It’s worth noting here that no matter how entertaining Lecter is in his first two appearances, he is not really the primary antagonist in either. In Red Dragon, agent Will Graham pursues “The Tooth Fairy.” In The Silence of the Lambs, Clarice Starling pursues “Buffalo Bill.” Both antagonist killers are not sympatico. Despite Lecter’s appeal, he’s structurally only a secondary character, a murdering Mr. Micawber. The agents need information from him, and that’s all.

Most famous villains are memorably cartoonish. Take Professor Moriarty in the Holmes stories. He is the prototype of many a master criminal: big brained, well educated, of a refined background. He turns to crime evidently because it’s in his nature, and the limited description of his character sets him up to be the forerunner of a long line of psychopaths in crime fiction. Psychopaths, as portrayed, are convenient antagonists, chameleon-like, intelligent, and utterly devoid of emotion. It is unlikely the average reader can identify with a psychopath, tormented as we are with inconvenient emotions. As if to emphasize their villain’s abnormality, writers may portray their antagonists as liking cats (Dr. No!) and classical music. If the detective enters a character’s chambers and he is playing Beethoven, call him the killer. Inexplicably, evil masterminds do not appreciate Mozart. Colin Dexter’s Inspector Morse defies all convention by being a good guy who listens to Wagner, usually played in fiction only on the Victrolas of Nazis.

If the detective enters a character’s chambers and he is playing Beethoven, call him the killer.

We are much more sensitive today to racial, religious, and sexual prejudices, and this has altered our perceptions of fictional villains. We wince at the portrayal of drooling African American rapists in Birth of a Nation; at bucktoothed and sneaky Japanese in old movies; at conniving Jews; deceitful Arabs; grinning Mexican bandits; and huge, lascivious, murderous boys with low IQs. When I was a child, Native Americans were massacred on television in numbers that almost matched the actual genocide. Gradually there was a sense that those cathode-ray images weren’t quite palatable, and those types of westerns faded. Stereotypes linger, of course. The evil Dr. Fu-Manchu in Sax Rohmer’s string of novels from 1911 to 1959 was a much more interesting character than the staunch Inspector Whatsizname chasing him but would currently never be resurrected for books or film. Nonetheless, fear of the “Yellow Peril” unfortunately lingers, and images of leering Hispanic drug lords have recently become part of our national political discourse, drawing on the echoes of characterization in movies like The Magnificent Seven (1960) and The Treasure of the Sierra Madre (1948).

Fear of the viral storms released as a reaction to racism inhibits the creation of many of these old-fashioned criminal masterminds, which is good, but it also might explain why so many of our movies have bad-guy robots or aliens or comic-book mutants. Transformers and Klingons have no social discrimination for us to feel uncomfortable with, and so they can rampage freely until the heroes blow them up (yawn!). In books, serial killers have served a similar purpose since at least when Red Dragon (1981) and The Silence of the Lambs (1988) bookended the eighties. It is hard to identify with the conscienceless rationalizations of someone who murders multiple times for amusement—or lunch. Pedophiles have also begun to show up in recent novels representing pure evil, perhaps because the public has become acutely aware of the problem, and even though the disturbing conclusion of Fritz Lang’s M is as close as anyone wants to get in identifying with that pathology.

Fortunately for thriller writers, but unfortunately for the characterization skills of many of them, the Nazis are always available. From Frederick Forsyth’s The Odessa File, to Ira Levin’s The Boys from Brazil, to Allan Folsom’s The Day after Tomorrow, to Arnaldur Indriðason’s Operation Napoleon, to Robert Harris’s Munich and numberless other books, Nazis, no matter how aged, have been and continue to march down the bookshelves as the antagonists everyone loves to hate. Worse perpetrators of evil are hard to imagine, and yet, ironically, popular literature often grants them the Übermensch status that they ludicrously attributed to themselves. These master criminals are geniuses in science, physical specimens of health, crack shots, and able, as the Nazi killer does in many thrillers, to wipe out any security detail. Despite this, they cannot seem to cure their accents or defeat a doctor from Omaha. One need only compare these “supermen” with the dweebish, idiotic, and deranged real-world Nazis (Himmler, Hess, George Lincoln Rockwell, the tiki marchers in Charlottesville) to see exactly how far fiction ventures from the truth.