With two novels and one book of literary miscellany, WLT managing editor Michelle Johnson’s summer reading list is taking shape. Though she’ll no doubt spend many early mornings with collections of poetry, these four April and May releases will be good company for some long summer weekends by the pool. 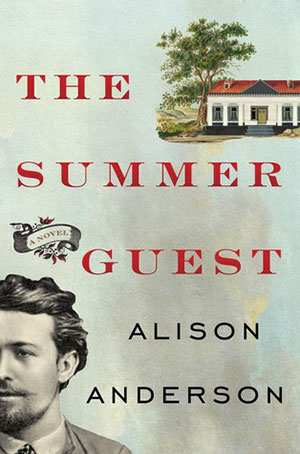 Alison Anderson is one of my favorite translators; I count her translation of A Novel Bookstore among my favorite contemporary novels. I’m now eager to read her new novel, which imagines a friendship between Anton Chekhov and the recently blinded Zinaida Lintvaryova and the possibility of a Chekhov novel. Could this novel still exist and save a London publishing house a century later? A translator enters the story to search for the lost book.

Louise Erdrich’s novel The Round House is one of the most powerful works of law and literature. After reading it, I worried that she’d ruined me for other novels and placed her book next to Nadine Gordimer’s The House Gun, feeling that in doing so I’d honored both authors. LaRose promises to grapple with themes of justice and retribution. I’m both eager to begin and somewhat anxious because if reading LaRose is anything like reading The Round House, I’ll be deeply affected long after closing the book.

This book caught my attention for two reasons: it’s literary miscellany—lists, single paragraphs, stories, and essays—and the author lived for several years in Norman, Oklahoma, the home of World Literature Today. From the publisher’s irresistible description: “the quasi-repellent concept of ‘women writers’; origami-ophilia in Oklahoma as a gateway drug to a lifelong obsession with Japan . . .” This looks like the ideal short-reads antidote to my other, longer, more immersive reads.

This cookbook by Icelandic-Danish artist Olafur Eliasson, who brings his studio together daily for lunch, features a foreword by Alice Waters and a recipe and poem by dear friend and WLT contributor Pireeni Sundaralingam, making it irresistible. In addition, it features more than one hundred vegetarian recipes, making it an ideal addition to my library.