Whether spent at home, driving cross-country, or venturing abroad, summer demands its own reading list. These new books of 2016 will more than fill a backseat, suitcase, Kindle, or hammock.

For Daytripping to Surreal PopSTock!, Mexico

The Cowboy Bible and Other Stories

For Friends Falling Out

For a Tragicomic Trip in Proustian Style

For Comprehensive Consideration of the Refugee Crisis

For a Dose of Narrative Verve

For the Restlessly Creative 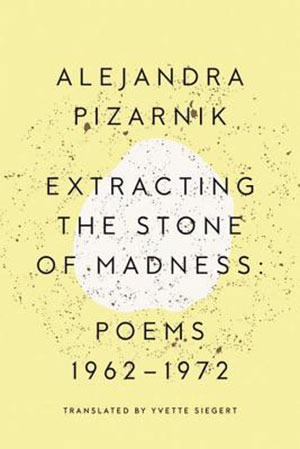 Referencing an ancient medical practice, immortalized in a painting by Hieronymus Bosch, Alejandra Pizarnik’s collection of poems explores themes of depression, childhood, death, and the border between language and silence. Her poetry from the last ten years of her life, before her suicide at the age of thirty-six, is the first full collection translated into English and filled with a trepid balance between frenzy and melancholia.

Almost Home: Finding a Place in the World from Kashmir to New York

Straddling the past and present of such cities as New York, New Delhi, Mumbai, Tokyo, and such places as Kashmir and Palestine, Githa Hariharan’s ten politically charged essays narrate the way people, history, and landscape merge. Each travel essay shows the influence of colonization, poverty, and war, among other topics, on geography and people.

The Transmigration of Bodies

For Translators Seeking Authors in Hiding

For Electoral and Romantic Drama in Haiti

For Trips in the Afterlife

Bardo or Not Bardo

For Those Returning Home

Blurring the boundaries between time and space as well as place, Voroshilovgrad narrates the journey of Herman, an advertising executive, who returns to his remote home after years of city living to find his missing brother.

One of Us Is Sleeping

For the Intellectually Curious

At the Existentialist Café: Freedom, Being, and Apricot Cocktails with Jean-Paul Sartre, Simone de Beauvoir, Albert Camus, Martin Heidegger, Maurice Merleau-Ponty and Others

For Those Being Visited

For Haunting a 1950s Paris Café

In the Café of Lost Youth

For Those in Flight

So Much for That Winter: Novellas

Comprised of two novellas, So Much for That Winter explores contemporary heartache through the breakups of two women. The novella Days uses lists to describe the disjointed life and emotional turmoil of a thirty-year-old woman. Minna Needs Rehearsal Space describes Minna’s flight from her friends to an island near Sweden, and also unfriending them on Facebook, after she is dumped by text message.