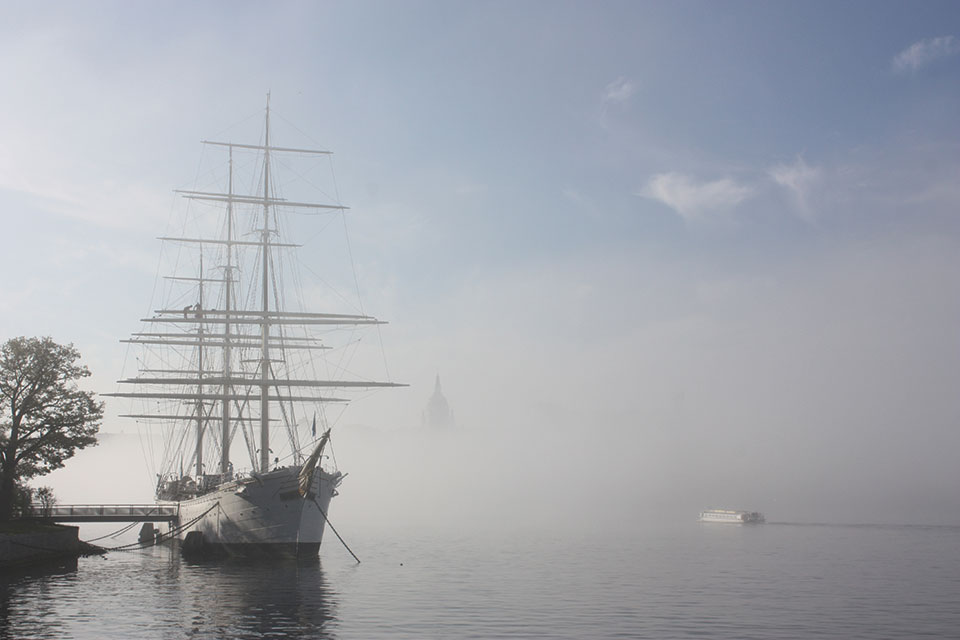 As literary events go, Stockholm Literature is outstanding: a celebration of art and international writing held in Moderna Museet, the museum of modern art in a handsome city, autumnal sunshine glittering on its waterways. The program tempts with onstage conversations between two writers or between a writer and an artist. Some of the participants are already truly famous. This year, the guest list included, for instance, Don DeLillo, Ngũgĩ wa Thiong’o, and Hélène Cixous.

Yukiko Duke, the artistic director of Stockholm Literature, is clear about the “fame issue”’: “It is very much not the case that we only invite internationally known writers. We feel that one of our prime aims is to introduce the reading public to writers who are not yet known or even published in Sweden.” In 2016 these included Moses Kilolo (Kenya) representing Jalada Africa, a pan-African writers’ collective; Hiromi Itō (Japan, based in the US); Samanta Schweblin (Argentina), Saša Stanišić (Bosnia-Herzegovina, based in Germany); and Dorit Rabinyan (Iran and Israel). Apart from the onstage talks, about which more later, the program featured readings of works in translation, talks on and prizes for translation, roving poetry readings in the museum collections, and live performances.

The art component is central. Duke emphasizes how much it matters: though “we don’t have any kind of quotas to meet—just try to match writers and artists who might have something to say to each other—we always ask someone from the fine arts, but otherwise it could be any kind of art form—a performance artist, maybe, or a composer.” The art museum setting is vital. This year, one of the poetry readings took place as part of viewing United Enemies, a thought-provoking collection of works by Thomas Schütte (Germany). Another example: Sjón (Iceland) and his translator John Swedenmark talked about Sjón’s novel, which is set in 1918, surrounded by art from that period.

Stockholm’s cultural establishment is sophisticated, self-confident, and wealthy. Even so, this amazingly diverse, culturally rich book fest started off as a symptom of an insecure publishing industry: “difficult” books struggle, and translated works are all the more vulnerable. About a decade ago, two concerned people—one, a journalist and translator; the other, a producer and literary agent—came up with a festival concept that would focus on foreign literature, translation, and the arts. It took off with the right kind of backers: by 2013, the first program included Chimamanda Ngozi Adichie (Nigeria), Teju Cole (US), and Svetlana Alexievich (Belarus; Nobel Prize laureate in 2015).

What were the highpoints in 2016? The opening ceremony, with readings by Ngũgĩ wa Thiong’o, Joanna Kincaid, and Hiromi Itō, all of whom also spoke about identity and language. A session in which Daniel Birnbaum, the director of Moderna Museet, interviewed an unusually animated Don DeLillo about his long-standing interest in contemporary art. But little else could touch the final event that was, for one thing, a demonstration that longevity can be a wonderful gift: a warm, witty conversation between the dramatist and feminist philosopher Hélène Cixous (seventy-nine) and the choreographer and director Mats Ek (seventy-one). They were introduced by actors performing an extract from Cixous’s 1976 play Portrait de Dora (based on one of Freud’s most famous cases) and a short film from 1991, made by Ek, in a mischievous and loving tribute to his mother, the choreographer Birgit Cullberg: Cullberg (eighty-three) danced with two young star dancers.

Anna Paterson, an ex-neuroscientist, is now a writer and an award-winning translator from the Germanic languages into English. Her own writing has focused on the relationship between literature and politics. Her most recently published translations are The Chosen Ones, by Steve Sem-Sandberg, and two photo-biographies of the prime minister of Sweden, Olof Palme, and of the secretary general of the UN, Dag Hammarskjöld.