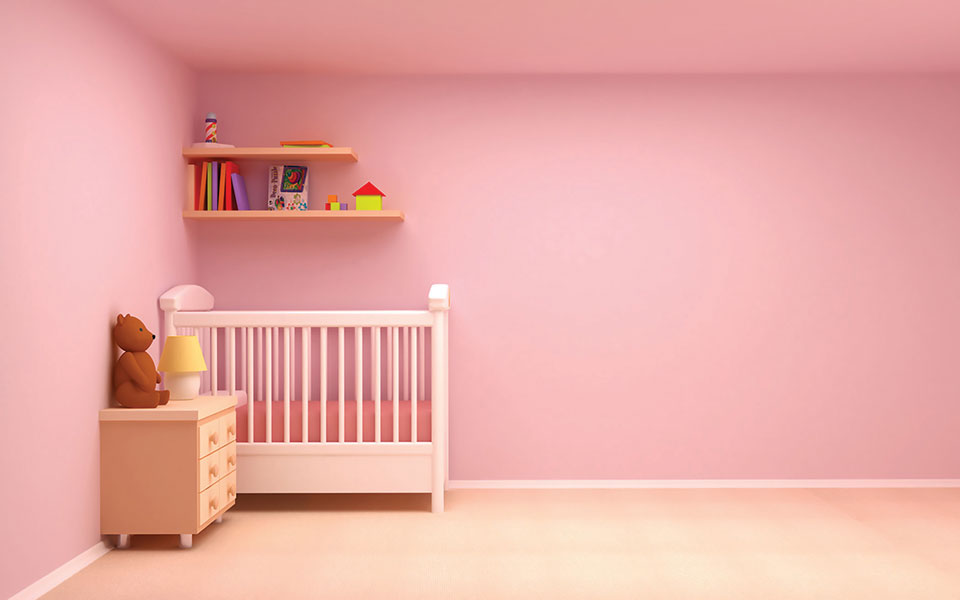 How to Deliver a Genius

Conceive in April, May, or June. A child conceived in the fall has no chance to amount to anything. This is due to the seasonal fluctuations of testosterone in females. Research shows that the mother’s level of testosterone at the time of conception determines the child’s intellectual might.

Muzhiki. Dudes. Three to four kilometers of slow-paced running barefoot in the snow, daily, will properly condition your sperm.

Women must eat fruit preserves and vegetables and drink water from melted snow. All the migratory birds know the nurturing qualities of melted snow. Your fetus too will recognize these.

In Ancient Greece, pregnant women were given vases painted with the immortal gods. Birds sang songs to them and their rooms were filled with fragrant flowers.

Listen to Bach, then have a meal.

Listen to The Sabre Dance, then go for a walk.

It’s not a bad idea to fast once in a while. The fetus will become agitated and start moving, developing its musculature. If, after receiving this exercise, the fetus will then receive a proper meal, subconsciously, it’ll learn its lesson: “March with your left, then with your right, march, march, march—then gobble, gobble, gobble.” To achieve anything you must work hard.

Once the child is born, think only positive thoughts. It’s not enough to love your child. You must also imagine him strong, healthy, and favored by luck. Desire, as history repeatedly teaches us, manifests itself materially.

Exercise the newborn’s body before the newborn is able to fend for himself. Forcing him to bend his joints will help his coordination.

Use a toothbrush and feathers to massage the bottom of his feet.

Separate the newborn’s day into two or three parts. Work to the max, then sleep.

Don’t trample your child’s psyche. Only when a child reaches the age of seven do his nerves acquire a protective sheath.

Throw in plenty of exercise.

Remember, a bird is known by its song.

This recipe may appear too basic to produce a noticeable result. Try it anyway.

(*) St. Petersburg has the reputation as the most Western of the Russian cities and prides itself on its intellectual and cultural history.

Teaching herself to fall asleep on her left side in the early weeks of pregnancy, she spent what seemed like days in bed, with her eyes closed, planning breakfast. She was torn between a porridge of roasted buckwheat groats that she bought at the Russian store, topped with milk and slices of boiled beef frank, and an American-style omelet with bacon, cheese, and ham. What would bring her more comfort? For the baby’s sake she needed vegetables in her diet. Vegetables.

As a child, with a couch for a bed, she had been taught to sleep on her right side. Her grandparents, all three of them serdechniki, sufferers of heart disease, taught her to avoid the left side, to avoid putting weight on her heart. She now lay on her left side, as recommended by the American Pregnancy Association, and worried about breakfast. She pictured adding a single slice of tomato to her sandwich. A mistake. Bile seeped into her mouth. The baby would be a boy, she was sure, a dark-haired child after her grandfather. In bad temper, he would throw dishes across the room and blame her for all the ills of the world.

Lying in bed on Saturday night, her eyes closed in the imperfect darkness of the room, her limbs cooling from the day’s chores, Marcie felt a crawling sensation on her right arm, the one outside the blanket. Something crept from her shoulder down to her wrist and then jumped to her belly.

Marcie was lying on her left side, hugging the body pillow in a way that felt comfortable in the thirty-second week of pregnancy. The squash-sized creature inside her belly was still asleep, but the longer she stayed horizontal, the sooner it would be waking up. Marcie needed to get her sleep as efficiently as possible.

The sheet, covering her belly, moved. Then came a soft thump on the side of the bed and a flittering against the wooden floorboards. Marcie opened her eyes and sat up. The light from the neighbors’ bedroom that came in through the shoddy blinds was insufficient to see more than the outlines of her bed and dresser.

A mouse. What else?

A fucking mouse. “Derek,” Marcie called to her husband in a tinny voice. Going to bed, she’d left him working on the computer in front of the TV in the downstairs living room.

Marcie was trapped. She couldn’t speak any louder. Her three-year-old daughter, asleep in the room next door, had the monitor she could use to call down to daddy; Marcie was on her own. The living room might as well have been millions of miles away.

She thought of her daughter, got out of bed, and turned on the light. The mouse was long gone.

Marcie thought of all the crumbs that accumulated beside her daughter’s bed from all the middle-of-the-night snacks she extracted from her father. How could Marcie tell whether the mouse had been in her daughter’s bedroom without waking the girl up? Bringing the girl to her own bed, as Marcie had done in the times of illness and night terrors, would provide little protection from the mice. The girl was liable to kick Marcie in the stomach.

Downstairs, all the lights were on. The carpet looked like it survived a flood and then a tornado. The furniture that Derek and Marcie had gotten from a garage sale actually belonged in the dumpster. No matter how much Marcie and Derek worked, they didn’t seem able to get ahead.

Derek didn’t move his head from his screens as Marcie walked past the living room to the kitchen. Sure enough, there were fresh droppings all over the pantry, to the side of the fridge, on the counter with the cereal boxes. Mice thrived on crumbs that the three-year-old left behind. Marcie filled the bucket with soapy water and washed the floor. She then examined the seals on all of the bags and boxes. She worked quickly and allowed no room for gray areas. No matter how much she hated throwing away food, if a seal had been broken, the bag went into the trash. She couldn’t stay up till dawn sifting rice.

Derek turned off the TV and came into the kitchen, stretching and rubbing his eyes. “What? What’s up?” He started, seeing Marcie seated cross-legged on the kitchen floor, the pantry items piled around her. “What’s happening? Can I help?”

The almost-baby stirred in her stomach. Thirty-two weeks, Marcie had been told, was a key milestone. If she gave birth today, the baby would be small but in every other way fine. Three years later, she would sleep in her own room and call to daddy when she wanted a glass of milk.

Marcie stood up, crossed the living room, and opened the front door. The night hit her with a layer of fog, tiny droplets softening her cheeks, enveloping her shoulders. The day had been warm, but the knowledge of the cold to come made Marcie shudder. The mice must’ve felt that cold undercurrent too. They were seeking shelter from the approaching winter.

On Sunday morning, Marcie and Derek examined the bedroom and decided that Marcie had hallucinated. Did mice even bite? Pregnancy hormones had been causing her to experience a number of unusual sensations. Mice in the kitchen had been unpleasant enough, but there was simply no evidence of mice elsewhere in the house. Just in case, they washed the floors and vacuumed thoroughly. Derek set out glue traps in every room and caught one mouse in the kitchen. The rest of the traps remained untouched.

That week, their daughter had trouble sleeping. She cried in the middle of the night, asked for water, asked to check the mouse traps, asked to sleep with Marcie and Derek.

Exhausted, they invited her in. So the girl was in their bed, tucked between Marcie’s belly and Derek’s armpit, when on Wednesday morning Marcie woke with a distinct sensation of something sharp piercing the skin of her right hand. She moved the hand rapidly and felt the weight of the mouse just before it unlatched. In the morning dusk of the room, a dark, oblong shape landed on the floor and scampered into a far corner. Could it have been a rat?

Marcie couldn’t help the sound that came out of her mouth, the whole body bursting, quaking, fissuring.

“What?” asked Derek, waking up. Their daughter, between them, stretched and smiled, as she did in the mornings. Then the smile disappeared and was replaced by a look of concern and fear. Marcie had fallen quiet, but her scream echoed. A strange feeling came into her stomach, as though it were dropping, followed by a distinct rumbling. “Daddy,” the girl said, turning to Derek. “Daddy?”

“A bad dream,” Marcie said, getting up to go to the bathroom. “I’m sorry I scared you. Go back to sleep.”

In the bathroom, Marcie examined her hand and found no evidence of the bite, at the very least, no blood. She pressed gently on her belly, hoping for a response kick, but felt nothing. It was too early in the morning to call the doctor. Marcie sat on the edge of the tub in the brightly lit bathroom and watched the clock and tried not to focus on the dull ache spreading down her back. 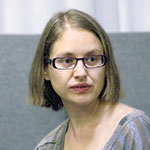 Olga Zilberbourg has three books of fiction published in Russian and has published English-language fiction, essays, and book reviews in various publications. Her first collection in English, Like Water and Other Stories, is forthcoming in 2019. Raised in St. Petersburg, she now makes her home in San Francisco.