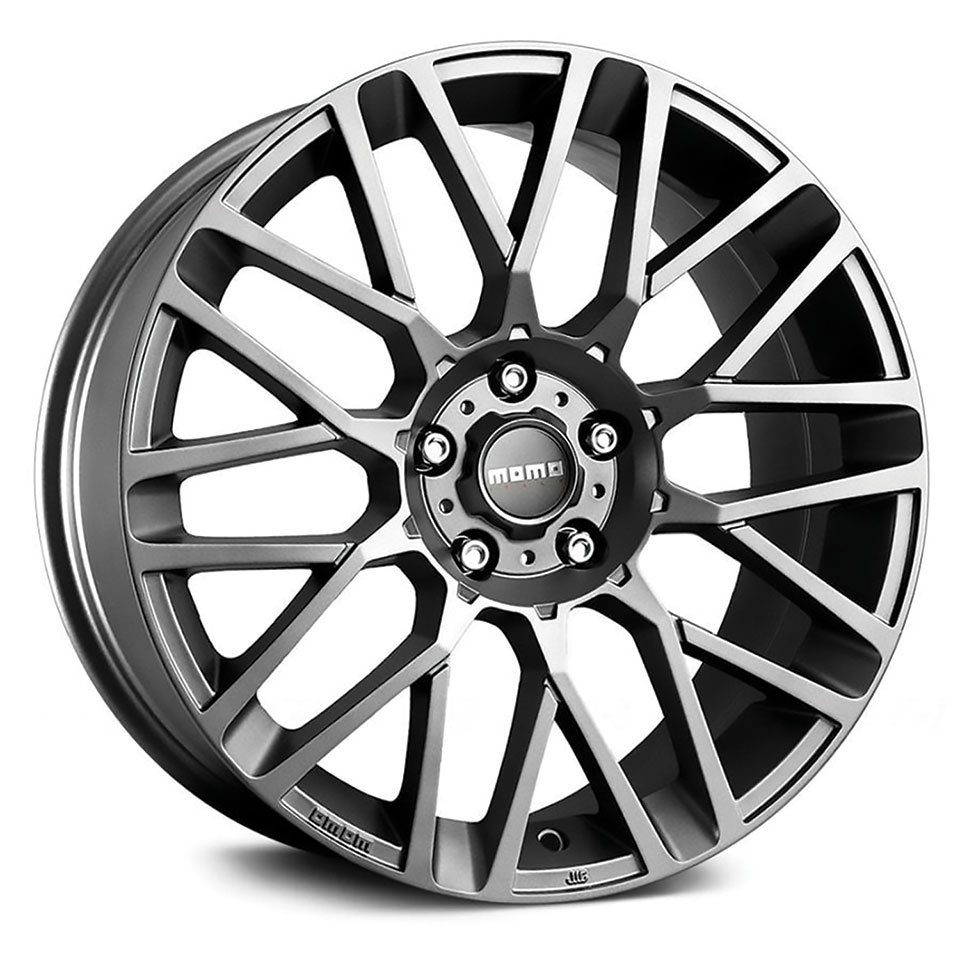 FOR SALE BY
Owner

I am selling a secondhand set of 4 (four) 16” (sixteen-inch) Momo rims/mags made for a 1995-to-present year Toyota Corolla. The label on all the packaging says “5769757 ALLOY WHEEL MOMO REVENGE ANTRACITE OPACO 16” 6J 4x100 TOYOTA COROLLA 1995>2000,” whatever that means. It’s the only set of these mags we know of in the country. A man at a shop told me they would also fit the following cars: Daihatsu Materia, Daihatsu Sirion, Daihatsu YRV, Daihatsu Trevis, Hyundai Accent, Hyundai Getz, Hyundai i10, Mazda MX-3, Mazda MX-5NB, Opel Agila, Suzuki Swift, Subaru Justy, Toyota Yaris XP/Verso . . . Basically if you have an East Asian car with 16-inch wheels and love a street-racing look, these are probably for you. He also told me to list you these numbers: dth 16/ ET 43/ PCD 4X/ CB 100/ 6J 54,1. I don’t know what they refer to, but if you want these rims, hopefully they will mean something to you. I’m just a rookie with these things. If those numbers don’t make sense don’t blame me—blame Asad from Violet Motors on North Coast Road. If you need more info just email me. I’m sure I can find out whatever you need.

They’re black, matte (like anthracite coal, which accounts for the name, even if it’s misspelled.) You can see them in the picture. (I was going to write that you should rotate the pic the right way around to see what they really look like but then I realised wheels are made to rotate so I guess it doesn’t matter LOL.)

Too perfect to my eye. I bought these for my son seven months ago for his birthday, imported from Italy (via eBay), but they have never been used. All four still have all the packaging—the plastic wrap and the edge protectors and the fabric impact dampeners (unfortunately I don’t still have the boxes; we threw them out in the middle of the night in case he found them). The little sticky thin plastic sticker they put on all the logo bits is intact. Not a scratch on any of them. There is also a “cap set” included. I still have the forms from customs and revenue if you need to reassure yourself these are not fakes. I was worried that there is no manual, but Asad told me that you probably won’t be able to fit these yourself. (They need something called a “staggered” fitment. Ask your Asad for details.)

My son was a beautiful son and I always tried to make sure he had a good future. Being a teacher (chemistry) I could see even from his early days he was always a little bit behind where he should have been. We thought it might have been ADHD and we got him tested but they couldn’t really tell us much, other than he had some learning difficulties. So I enrolled him into the vocational school at George Campbell, which my colleagues said was the best school for a boy like him. He didn’t do much, didn’t do too well, didn’t have many friends, but was always the sweetest boy. That was what his teachers said—being a teacher I would always trust them, because a teacher doesn’t say they like a child when they don’t, trust me. Out of matric he shirked for a while, worked at a fast food place on Sparks Road, and finally met a friend—the fast food place’s owner’s dad. They were proper slam ous, that family, but the boy seemed decent enough for a son of a beef eater. That’s where the trouble started. A month after he started at the fast food place, he told me he said he wanted to get into mechanics and cars. He said his friend was really into cars and he wanted to get into it too. I was thrilled because he didn’t do so well at George Campbell, where he did do mechanical tech and got a C in matric, but he complained then that it was too much fitting and turning and not enough engines. So I said, OK, you have your granddad’s old Corolla in the garage. I couldn’t look at it since my father became late, and it had a whole bunch of stuff wrong with it like the bushings and the sway bar. Even if I could get it working again and purring well, it smelled too much like my old man in there, too much cigarette smoke in the fabric. But for my son? It would be the perfect practical project. All the weekends my son and the boy would be in the garage, using spare parts they picked up from yards near the Point, and I bought my boy a subscription to Speed and Sound magazine and soon he had up all of these pictures of highlighter-coloured cars on his wall even though his mother told him that the prestick would ruin the paint. I told his mother, no, it was all right, it was good for him to express enthusiasm for something other than video games. This was a practical skill. He might get a real job from it. Eventually the car was running and he was driving himself to work in it, which freed me up because I wouldn’t have to fetch him if it rained. He wasn’t making great money at the curry place but at least he didn’t have to pay rent, which his mother and I had thought about charging him, so all of his money went into this old thing.

Apparently the Corolla was the most popular car in the city, because he’d return after his shifts with these huge old exhausts and new shocks and spoiler body things and say he got them for next to nothing.

Apparently the Corolla was the most popular car in the city, because he’d return after his shifts with these huge old exhausts and new shocks and spoiler body things and say he got them for next to nothing. One day he came back and his car was painted gold! He said another friend did it for him, and I thought it was fantastic that he had another friend. And then that Saturday he did a morning shift and then went out at night for the first time in his life. And then the Sunday night too. He said he went to Blue Lagoon to look at cars. I used to think Lags was a bit suspect, too many suspect madhirs, but then again I thought he’d never have a normal life. (We had to pay one of the neighbour girls to go with him to his dance. (This is something I can confess to now.)) He even stayed out late! His mother worried but it was fine. Boys do things like that at nineteen. A few months later he had all of these boys round with their cars parked in our driveway and he was under their bonnets and their carriages and they were all very polite boys. I never did like boys who wore diamond earrings and hair gel but they were all very polite and they said my son was the best mechanic they’d met. I felt a real surge of pride for my boy then. Maybe he would be alright after all. His mother didn’t like that there were now oil stains all over our new bricks in the carport but I told her that that was a small price to pay, and I was the one paying for it anyway. He didn’t sit around in the house every evening playing PlayStation anymore so now me and his mother could go out for dinner alone and do our own ignition so to speak. Then one day he came home and he told me he had been made morning manager of the curry place because the owner said he had a good work ethic. I can tell you I have never been so proud of my son. He stayed out late that night again and came back early in the morning. I remember that because he woke me up because he had fitted a new sound system subwoofer and an engine muffler and all and I went outside in my gown and told him he had woken up the whole neighbourhood. He was good after that although his car did come back with a couple scratches once and he said it was because another young man had scratched his car with his white Cressida. He was so very upset about it. He had put all this work into getting this car working and looking great and some unkind person went and dented it. I thought I could cheer him up by paying for the panel beater but he said he could pay for it himself because his job was paying well. It was his birthday in two months though so I thought I would buy him these mags that he had stuck up so many pictures of on his walls from Speed and Sound. I took one of the pictures off the wall and drove around all of the different Umhlanga car garages and all the guys there told me I had to order them online, so I did. They were so very expensive, but apart from the PlayStation this is the only thing I had ever bought him that I knew he would really appreciate. I placed the order and I waited. His mother was furious that I would spend so much money on something like that, but I told her a teacher’s salary is small enough that you have to indulge when you can afford to. The next Sunday my son went off to Blue Lagoon like he always did but the next car that arrived in our driveway was white and had blue lights and three men asking if my son was my son and saying that he wasn’t my son anymore because he and the white Cressida had disintegrated themselves on the M4 near Edwin Swales in a drag race and that we were lucky that no one else was killed because that would have meant we would have been responsible for more legal fees. And they said we must have known about the dangers my son faced and we should have discouraged him and then I went to the shop to buy milk and his face was on the front page of the Mercury. The mags have sat in the garage for months and now his mother says she can’t stand looking at them anymore so now I’m offering them for half price. 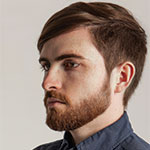 Nick Mulgrew was born in Durban, South Africa, in 1990 to British parents. He is the founder of the poetry publisher uHlanga, is the deputy chairman of Short Story Day Africa, and a Mandela Rhodes Scholar. He is the author of two books, the latest a suite of short fiction, Stations (David Philip, 2016). He currently lives in Cape Town.