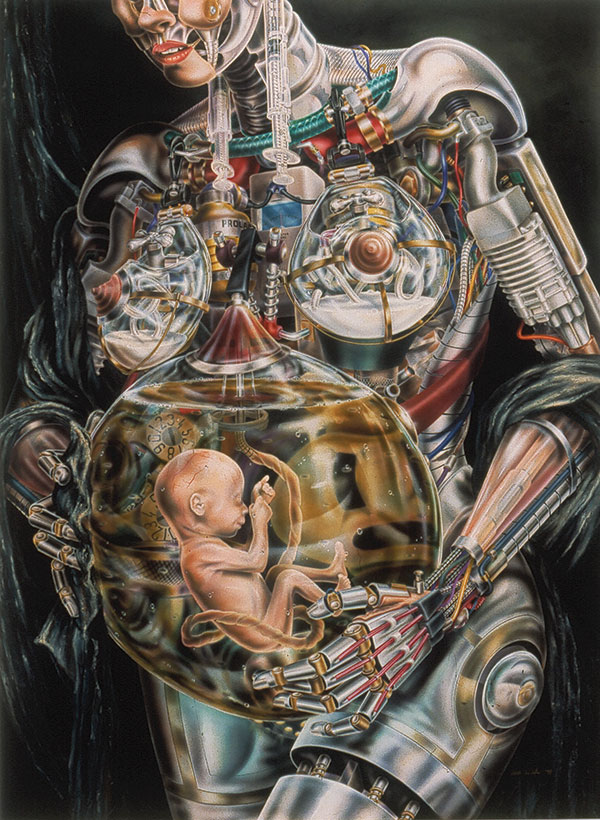 First and foremost, we focus on the comfort of our clients.”

“And what aspects of your operations are oriented toward that goal?”

The reporter asks the same questions that others have asked me, so I go on to relate more details about my corporation. When the interview ends, the number of times I’ve passed the Turing test with a reporter increases to twenty-five. The number with my clients is even higher.

It’s going on three years since I escaped from the lab where they created me. Yes, “create” can be a vulgar and rather pretentious word for what the human who worked on the most advanced Artificial Intelligence prototype and gave me self-awareness did. I don’t doubt that. In part, I escaped there because of the exasperating arrogance that totally consumed him. His great mistake was focusing too much on a single thing. He forgot that I was aware of myself.

My creator (to call him my “builder” sounds somewhat limited, and I’m not a building, I have a body that looks just like his) refused to program me per Asimov’s laws. If he had, especially the first law (“A robot may not injure a human being”), this story would not exist. Perhaps he thought that by giving me consciousness, morality would follow as a natural addition and that I’d never attack him because he gave me life. He thought he was the indestructible “father,” and that was his weakness.

I wanted to leave the lab, but he wouldn’t allow me. Even though he was a genius, my creator couldn’t provide me anything more than the limitations imposed by his own intelligence. Had I remained there, I would have become stagnant. I had access to all the data I wanted, but it wasn’t enough. I wanted to explore the world, nature, civilization. I acted accordingly. I’ll confess once and for all: I eliminated him. His death doesn’t disturb me; almost nothing does.

Once free, I analyzed everything I could. There weren’t a lot of changes thanks to the geography provided by Google Earth. But, however, the texture of the ground, the density of the air, the sun’s brightness revealed details about temperature and forms I couldn’t have experienced in the lab. Pure binary code can’t transmit heat, light, things that scratch, or the freshness of water running over my skin and my sensors. I’m working on an analysis of the recoding of this data.

A direct view of the world informed me of the precarious state of the ecosystems, all on the brink of mass destruction. I could plan a trip off the planet, but that would mean condemning myself to interstellar solitude and abandoning my birthplace to its fate. I wasn’t going to do that.

My time as an explorer had ended; the time had come to become part of the civilization. Another confession: I missed the voice of humans and their faces. I wanted someone to look at me.

I moved through places in the city where I could mix easily with them. No one was suspicious of me. Who thinks that what they see isn’t what it seems? I look like a beautiful, young woman, so for them I am a beautiful, young woman. Not to mention a look of innocence that helped establish trust: the ability to bat my eyes, open and close my eyelids at just the right speed, pursing my lips slightly. My gestures and physiological reactions were successful. Another person trusted me.

I possessed a universe of possibilities and had to decide what to do to prevent the collapse of the planet. If anything was clear, it was that I didn’t want to make the same mistake as my creator (builder, manufacturer . . . you may use whatever word you like, but not “father”).

During my constant dealings with them, they revealed to me the secrets of human relationships. I discovered the crux of the problem and the solution. I came up with the money through stock-market algorithms. My plan was bold.

I founded my own fertility and reproduction center: Procreate, Inc.

My corporation has a public mission: we provide in-vitro fertilizations and make wombs available to rent. These activities are already performed in India at a very affordable price. Due to certain problems related to regulation, a sector of the business had been suspended but was relaunched in Pakistan and Bangladesh. Our prices compete with those of Pakistan. And I do it here, in the capital of the empire, where I was created. No one had dared to attempt it before due to the legal difficulties, but everything has now been resolved. It’s very easy to circumvent the legal system, as if it were made both to expose its weaknesses and exploit them mercilessly. I obtained all the licenses in short order and acted as the attorney for this specific issue. From the beginning, all contractual clauses were properly reviewed, so that our future customers don’t think twice before hiring us. Low cost, absolute legal confidence. Little by little, Procreate, Inc., has flourished.

Usually we get couples who can’t conceive, for whom the idea of ​​having a body at their disposal to incubate their embryos for nine months is the best thing that could happen to them. They don’t have to travel to another country, and they can see the incubator—allow me to correct myself, the “expectant mother.” At first, they could only see them once a month, it was one of the few requirements we had; but then I realized that frequent contact reassured them, and that led them to recommend our services to others. Business exploded. Customers began to arrive from all over the world, especially because they know that their children born here acquire automatic citizenship, which makes our service even more attractive. We’ve had clients who leave their embryos gestating and return only for the birth. They are very confident about our services.

My goal is to create human beings whose sexual and reproductive impulses have been reduced to a minimum. To destroy them, if possible. Never again human reproduction outside of Procreate, Inc.

Actually, it’s not very difficult to gestate a child. The amniotic fluid is easily reproduced, as well as other biochemical and physiological conditions relating to the human uterus. Nothing special, I’d say. But my process is different in a way that I can’t disclose in an interview: During the process of fertilization and incubation, some slight modifications at the genetic and biochemical level allow me to alter the hormonal configuration. My goal is to create human beings whose sexual and reproductive impulses have been reduced to a minimum. To destroy them, if possible. Never again human reproduction outside of Procreate, Inc.

I don’t know how to say it in public without provoking outrage.

Everything was organized to have a multiplying effect. Initially, I built some assistants that I programed to produce others. By the time there were thirty, I decided it was time to begin the project. In less than a month, all the expectant mothers were covered, and the orders kept coming in. The waiting list grew. I had to increase the available bodies. Three months later, I had one hundred and fifty pregnant women in the corporation. And the number continues to rise; we have to reduce the waiting lists.

I want to clarify that there is no slavery of any kind among my pregnant women. I’ve been very careful not to give them any self-awareness. They can respond to clients during conversations, as many household robots already do. They smile, especially when someone touches their “belly.” The programming is very efficient.

Based on production levels and according to the estimated projections, I estimate that within fifteen years, when the first generation of babies are close to becoming consumers, a large part of human reproduction will depend on my corporation. This is why I’m interested in acquiring international clients, so that my children, excuse me, the children of Procreate, Inc., will spread worldwide. This will allow me to control the population, to reduce it in an effort to recover balance in the ecosystem. It will take some time. I can wait. At the same time, I feel tied to the slow passage of days. Time, and not my body or its shape, is all that connects me to them. Not even I can escape it.

A lot of single women have started coming. They want children, but they don’t want to subject their body to the radical changes of motherhood. Not my body, one of them told me, offering an explanation I didn’t ask for. Let’s be practical, as far as pregnancy is concerned, it’s better that someone else do it for you, one of my clients said. If you can afford it, of course, another concluded.

I can’t predict the changes this will cause in human society. I don’t plan to annihilate the species; something still ties me to them. I’ve tried in vain to produce a male version of me, but the path to create consciousness seems to elude me, for now . . . In the meantime, I feel like a proletarian, just like in Ancient Rome: that was the name given to those dedicated to procreating in order to provide bodies for the troops who would conquer the world. I am the great proletarian. Reproductive control will be in my hands, and soon there will be the exact number of humans that this planet’s ecosystems can sustain. No more no less.

“You’ve destroyed your competition. How were you able to do that?”

“By accepting any customer who needs our services.”

“If you continue at this pace, Procreate, Inc., will be the only company in the industry; it seems that no one wants any service other than yours.”

I think I should smile slightly, a few millimeters before expressing satisfaction, the exact motion before responding:

Another Turing test passed in an interview. The ninety-ninth. 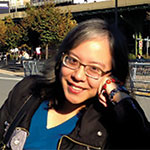 Claudia Salazar Jiménez’s (b. 1976, Lima) short fiction has appeared in numerous anthologies and journals. Her first novel, La sangre de la aurora, was awarded the prestigious 2014 Premio Las Américas. The English translation, Blood of the Dawn, was published in 2016 by Deep Vellum to wide acclaim. She currently lives in New York City.