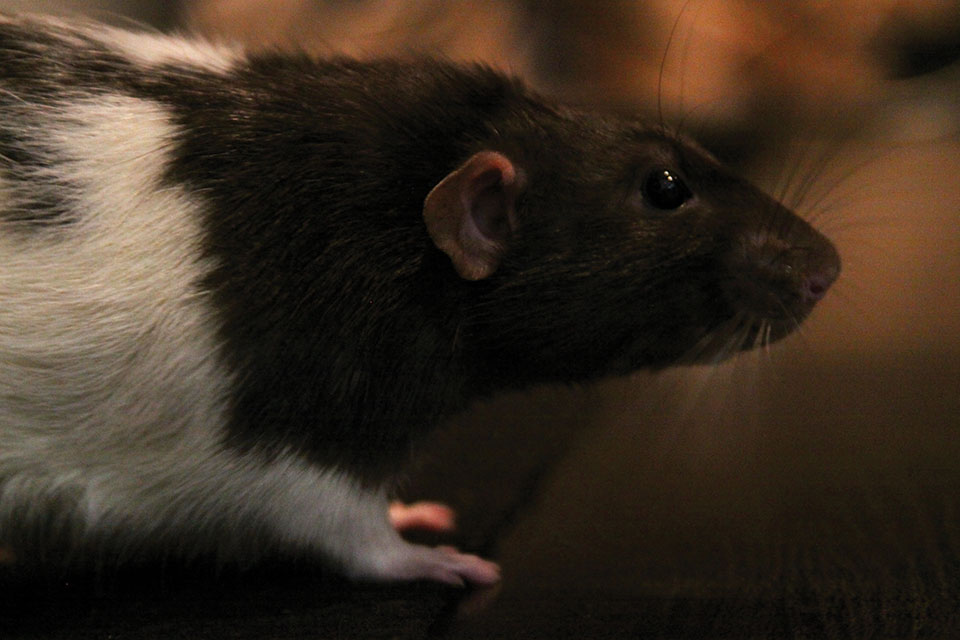 When you are a pestilent being the world stops being pestilent. Or does it?

Each night Rafa stares at the vestibule in hatred until those in line protest. Then he goes through and is transformed.

But sometimes, no matter how much we badger him, he keeps staring at the vestibule as though this might destroy it. Last night before entering he turned to me and said:

I know, we all know. But he’s the one who can’t adjust.

I pointed to one of my ears and said:

“Wait for me on the other side.”

He entered the vestibule. I closed this set of eyes while I still had them and followed: ephemeral gelatinousness, flash of disintegration. Then I emerged from the building transformed into a rat. The moment I felt Rafa-louse jump onto my ear I began to run before anyone from the upper offices appeared transformed into a dog or cat. And because that’s my way of handling it. Run, run, run, scurry along pipes, climb walls, inhabit my new body by running. Then eat. That’s why we come out. I let Rafa feed off of me, but I myself search for remains discarded who knows when or by whom. Detritus. Delicacy. When you are a pestilent being the world stops being pestilent.

Next I begin greeting the others. So to speak. I say, inwardly, when I bump into another scourge, “That you, so-and-so? Looking good today, so-and-so.” And I laugh. Inwardly. After crossing the vestibule a rat is a rat is a rat, even if sometimes it’s still got human opinions.

Then I go back to ratting. Rats have no ability to concentrate.

After that I sleep (that’s why we go out) in a basement warmed by the echo of machinery. This time I dreamed noises: footsteps on upper floors, eyes closing with a snapping sound. There are no words in rat dreams, only leftover inventory that you more or less remember.

I imagine those who are all the way at the top are transformed into lions or elephants. Or sharks.

I don’t respond. Rafa says one day he’s going to go up and find out. We already know that those right above us are transformed into cats and dogs. I imagine those who are all the way at the top are transformed into lions or elephants. Or sharks. Maybe when they emerge from their vestibule crystal-clear pools await them and they swim all night and then cross back at dawn. From below all we can see are enormous balconies.

Dawn. Before returning to the building I climb a desiccated tree or pile of debris to watch dawn break. I stretch my snout out in the sun to watch it rise as I warm my claws. Today for a moment I remembered why it used to be called all the blessed day. Then I went back to the building to spend all the dark day at work until it was time to go through the vestibule once more.

I didn’t see Rafa when I returned. This isn’t the first time it’s happened. He’s usually so anxious to stop being a louse that the moment he crosses back he dons his work coveralls immediately so as to be human as long as possible. Regardless he’ll have to undress and go into the vestibule again sooner or later (even those who manage to do double shifts have to sleep and eat once in a while).

At break time I went to find him. On the floor immediately above they gave me a scornful look, perhaps because they’ve owed me a raise for quite some time, to squirrel at the very least. Still, I asked if anyone had seen him. No one replied. Until I said loudly:

“Ask you to speak and you don’t speak, as if you could whenever you felt like it.”

Then one of them turned to face me and said:

“Maybe you haven’t heard, but despite our best efforts to prevent it, the entire building is falling down, there’s less and less space so who knows—maybe they wouldn’t let your little friend back in.”

He was smiling. Smiling an affectless smile. Like the animal he was outside perhaps.

At the end of the day, when everyone began heading for the vestibules, I went upstairs again, not to the floor immediately above this time but higher and higher up: more and more stairs, emptier and emptier. The last few flights I saw no one at all, and the top floor was deserted as well. There were no guards, only a frosty solitude that was like a giant sign saying I shouldn’t be there. I walked through increasingly dim storerooms. And suddenly I thought I heard something, a click, a clack, one hollow sound after another. So I said:

I don’t know why. Or I do. Because it was the one remaining possibility, if he hadn’t been left outside. That he was there, among the carnivores.

The sounds were crystal clear now, coming from a storeroom where finally light could be seen coming from behind the door closing it off.

I opened it and saw no one. And saw no one. Nothing but a sea of objects in silence. Suddenly I heard the clack I’d heard before and, from the corner of one eye, saw one of them pushed in from the other side of the vestibule: an armchair or a pane of glass or a hatchet, makes no difference. Another object, in from outside, and then, to one side of the vestibule, Rafa, crouched down, head between his thighs, awaiting the moment to carry out his new job pushing the bosses from the building.

Translation from the Spanish
By Lisa Dillman 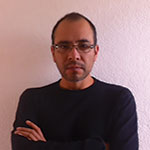 Yuri Herrera was born in 1970 in Actopan, Mexico. His first novel to appear in English, Signs Preceding the End of the World, won the 2016 Best Translated Book Award. Herrera earned his PhD at Berkeley and is currently teaching at the University of Tulane in New Orleans. 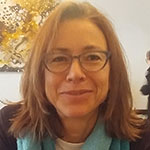 Lisa Dillman teaches in the Department of Spanish and Portuguese at Emory University and translates from the Spanish. She has translated three Yuri Herrera novels, the third of which, Kingdom Cons, will be published in July 2017.