Lin Shu, Author of the Quixote 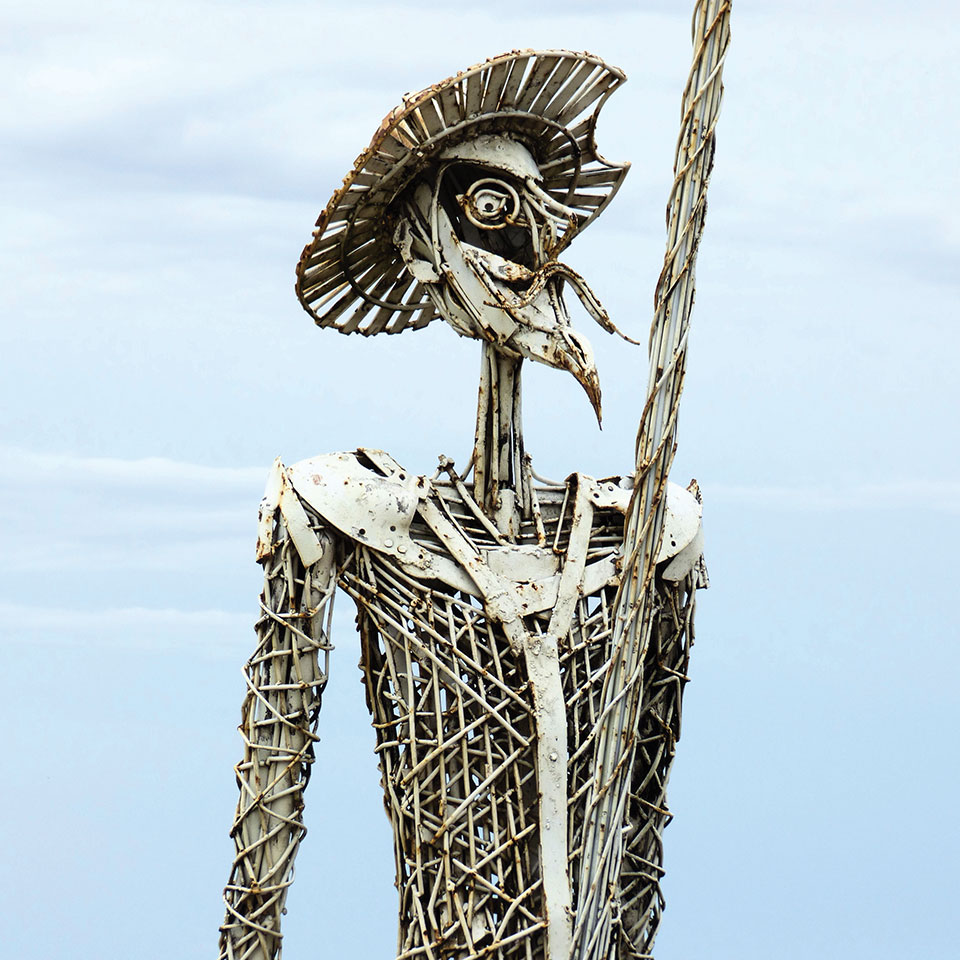 China is so peculiarly revealing in its essence that few authors can approach it without unveiling their innermost fantasies. He who speaks of China speaks of himself.  – Simon Leys

Although you may never have heard of the name Lin Shu, it should be featured in every book of literary history. This self-taught scholar originated from the region of Fujian in southwest China. An heir to the Qing Dynasty—the last to have reigned over the Chinese empire—he was a painter, calligraphist, novelist, author of novellas, poet, essayist, and translator. In the late nineteenth century he penned the first literary translations to adorn the shelves of Chinese libraries; indeed, up to then Chinese tradition had relied on commentaries of ancient Chinese texts, not imports. Hence, Lin Shu greatly contributed to making exotic authors and their works accessible to a large number of Chinese readers. He promoted writers from England initially, then from France, the US, Sweden, and Germany, although he did not speak nor read any language other than his own. An assistant translator who knew the source language—at least in theory—would first read the texts to him, orally interpreting into Mandarin the written foreign words. According to his finest—and rather few—exegetes, Lin Shu would then rewrite the tale in classic Mandarin, as true to the original piece as possible. That is to say, he favored the story narrative over its melody, pace, and style. Lin Shu was blessed with an extraordinary skill in that he could read any language through the eyes of another person.

With the help of nineteen successive assistants he translated or, more accurately, rewrote close to two hundred classics of Western literature by Balzac, Shakespeare, Dumas father and son, Tolstoy, Dickens, Goethe, Stevenson, Ibsen, Montesquieu, Hugo, Chekhov, and Loti, among others. Some of his adaptations even became true best-sellers in early twentieth-century China, such as The Lady of the Camellias, renamed The Legacy of the Parisian Lady of the Camellias. More fascinating and mysterious still, fifty or so of his unpublished translations are said to stem from texts whose authors and source languages remain a mystery to this day. Masterpieces of which we know nothing are among these lost manuscripts.

Books often travel off the beaten tracks and along forking paths to cross frontiers and surge in unpredictable places. The history of literature, and even of writing, abounds in such examples. Young Isaac Bashevis Singer, who translated Knut Hamsun, Romain Rolland, and Gabriele d’Annunzio into Yiddish, seemingly had no knowledge whatsoever of Norwegian, French, or Italian. He based his works on German translations found in prewar Poland. Similarly, in Argentina, Witold Gombrowicz rewrote his own Ferdydurke into Spanish with the help of Virgilio Piñera and Humberto Rodríguez Tomeu, two Cuban writers who had never heard a single word of Polish in their lives; he went on to translate this version into French with help from a professor at the Alliance Française in Buenos Aires. The first French edition of Ferdydurke was published by Maurice Nadeau in 1958.

Books often travel off the beaten tracks and along forking paths to cross frontiers and surge in unpredictable places.

In 1921 Lin Shu tried his hand at the Quixote from an English translation dating back to 1885. His assistant, Chen Jialin, who had attended university in England as part of his higher studies, appeared competent to read the story to Lin Shu. But, as it turned out, he interspersed his version of the tale with invented dialogue and shortened it by many chapters, including the book’s famed prologue; in total, 285 pages that formed the first part of Miguel de Cervantes’s masterpiece were missing—a fact somewhat reminiscent of the secret initiative of a certain Pierre Menard who, according to Jorge Luis Borges, aspired to rewrite the first opus of the Quixote.

This Biography of the Crazed Knight (or The Life of the Bewitched Knight, depending on the translation) was published in 1922 in Shanghai, stronghold of the Chinese book industry, then nicknamed the “Paris of the Orient” owing to its publishers, printers, and literary cafés. Lin Shu died of illness two years later; this partial Quixote was to be his last work of words.

Literary modernity thus emerged in 1605 with a work that was supposedly a translation and whose main character was a reader of novels. The circle was skillfully complete.

It is worth noting that Don Quixote de la Mancha recounts the tribulations of an old ailing man with a passion for chivalric novels and was purportedly translated from a text in Arabic that Cervantes astutely attributed to a Muslim historian. The fake-translator trick had been a much-used sleight of hand since the fourteenth century among authors of chivalric literature, who often pretended to have translated their writings from Tuscan, Tartar, Florentine, Greek, Hungarian, and even unidentified languages. Literary modernity thus emerged in 1605 with a work that was supposedly a translation and whose main character was a reader of novels. The circle was skillfully complete.

However faithful its rendition may be, a translation as rewriting never equals the original. In the words of José Ortega y Gasset, it is at best a path toward it. Far from refuting this point, the amazing chivalric journey of the artful Lin Shu assisted by his loyal Chen Jialin bafflingly exemplifies it.

Mikaël Gómez Guthart (b. 1981, Paris) is a short-story writer and literary critic for La Nouvelle Revue Française and translator into French of Witold Gombrowicz, Miguel de Unamuno, Ricardo Piglia, and Alejandra Pizarnik, among others.

Susan Brown (b. 1968, New Orleans) is a Paris-based American translator.