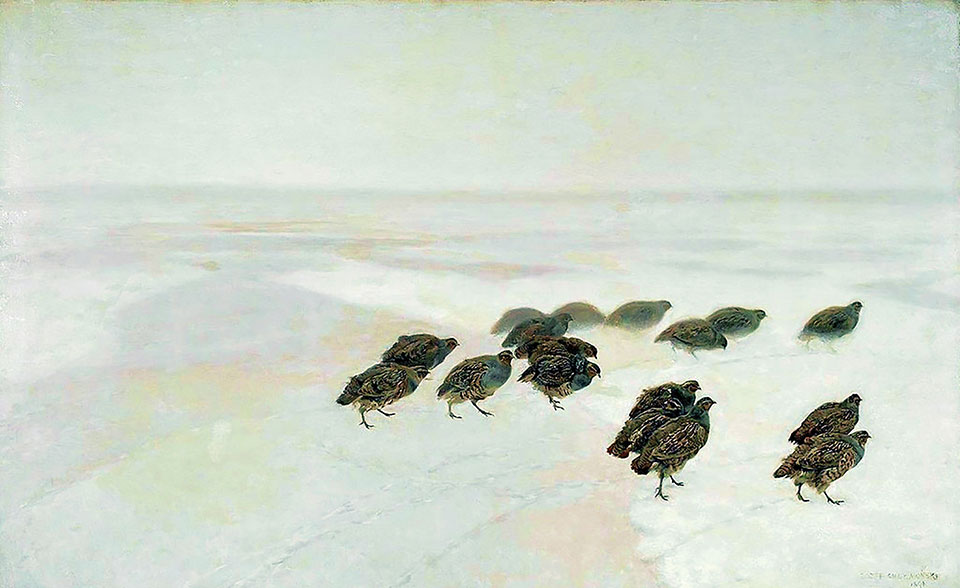 Author Rabih Alameddine regularly shares batches of fine art on his Twitter feed. Partridges in the Snow, by Józef Marian Chełmoński, was among his recent shares.

It’s no secret that Twitter is perhaps the most up-and-coming social media platform today. Everyone’s on it—from celebrities to companies to world leaders, for better or worse. We compiled a list of authors who go beyond self-promotion and, we’re sure, will brighten your timelines and make social media a more habitable place.

Nnedi Okorafor is a prolific sci-fi writer and author of the Black Panther: Long Live the King comics series. As a Nigerian American, Okorafor follows and discusses the politics of both countries. Her dedication to social justice on all fronts makes for up-to-date cultural commentary in bite-sized blurbs; in the span of a day, she’s been known to address both the ban of Rafiki—a film about love between two women in Kenya—before its Cannes debut and the ever-changing decisions and policies of the Trump administration.

Author of five novels and one collection of short stories, Rabih Alameddine makes a point to showcase the work of others on his timeline in lieu of self-promotion. He offers material for creative woolgathering; each day, Alameddine posts a series of paintings, ranging anywhere from five to ten works. His “poem of the day” thread includes all the poems he posted on that day in the past.

Carmen Maria Machado takes our fears and makes them funny. She interacts with the most current memes and political issues, piggybacking off others and turning her own tweets into satire. In addition to her hilarious collection of retweets, she often creates threads of her own, recently about her disastrous experience in an airport. In an era when our timelines are filled with strife, Carmen provides much-needed comedic relief.

We love the way J. Courtney Sullivan writes about her creative process. Author of four novels, she aims to be totally honest with her readers. She doesn’t shy away from admitting that writing is impossibly hard, with progress often measured by the time spent avoiding writing—and crying in a Panera. Her refreshing insights remind us that even the best-selling writers have to work hard.

A professor of creative writing at Dartmouth, Alexander Chee calls himself “half Korean, all queer.” His succinct wisdom about the minority experience in the current racially charged political atmosphere allows us a fresh take on contemporary life—in less than 280 characters—in a poignantly funny way.