f you’re not one of those people who has a stack of cookbooks on your nightstand already, you might not know that there’s a lot more to read in a cookbook than just the recipes. Cookbooks can be a special genre of literary nonfiction, packed with stories from personal anecdotes to historical episodes, giving context and narrative to the cooking instructions. But a practiced cookbook reader knows that reading the instructions, too, can be a rich imaginative exercise. Let your gastronomic imagination run the globe with these literary cookbooks. 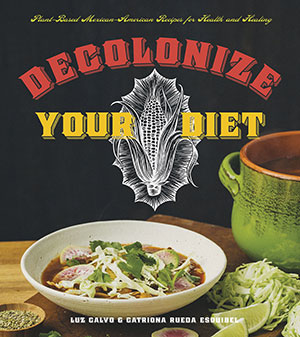 Decolonize Your Diet: Plant-Based Mexican-American Recipes for Health and Healing

The first recipe in the book appears on page 50, and by the time you’ve read that far, you’re already in love with the narrators. When Luz Calvo was diagnosed with breast cancer in 2006, Luz and Catriona Rueda Esquibel looked to their roots in Mexico and Central America to find a healthier relationship to food and diet. “We learned to live again in our bodies and on this earth,” Catriona writes of their culinary journey. The authors are both academics in history, ethnic studies, and social justice, and they apply their historical knowledge and poetic craft in equal measure to tell a story of pre-Columbian cooking as political resistance in the twenty-first-century Chicana/o diaspora. 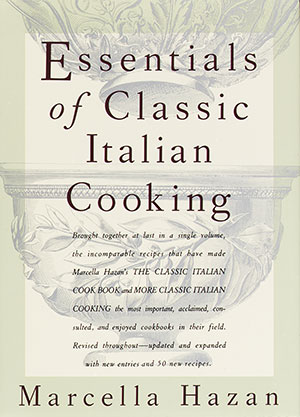 This cookbook moves easily between my kitchen and my reading nook. I bought it the day after the pasta-making attachments for my KitchenAid mixer arrived in the mail, and I quickly came to adore Marcella Hazan’s humorous prose as much as her world-renowned expertise. Wait until you hear the poetry of Hazan describing the place of the anchovy in Italian cuisine, the procedure of using a thumbnail to remove the fish’s spine. The recipes are long and detailed narratives, full of vivid descriptions, wise asides, and advice for variations. Not a single full-color photo in its nearly seven hundred pages: your imagination will have to provide its own visual fancies. 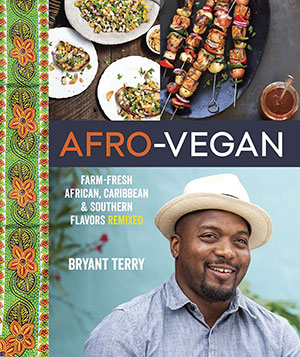 Afro-Vegan is an important reminder that global cuisines are the result of the movement of people, not just ingredients and ideas. As Bryant Terry explains unblinkingly, the contributions of African-diasporic

people to global cuisines “have been hardearned, underacknowledged, and even exploited” through enslavement and forced migration, and that to cook with the flavors and ingredients means to “come to terms with the problematic narratives that surround them.” The storytelling in Afro-Vegan goes beyond mere celebration of tasty foods to a critical “appreciation of the people who gave birth to this rich culinary heritage.” Along the way, Terry introduces readers to fellow artists and creators through a “soundtrack” for each recipe and lots of contributions from friends, family, and chefs. Read, listen, cook, eat: there’s no wrong way to sink your teeth into this literary cookbook.