by
George Evans and Daisy Zamora

Claribel Alegría (1924–2018) was born in Estelí, Nicaragua, and raised in Santa Ana, El Salvador. Her father, Dr. Daniel Alegría Rodríguez, a Nicaraguan medical doctor, was a Las Segovias liberal who fought in Benjamín Zeledón’s army as a boy, detested the US Marine occupation of Nicaragua, criticized the Somocista repression of peasants and dissidents, and voiced support for the revolutionary struggle of Augusto Sandino, which resulted in persecution by the occupying US troops that forced the family into exile while Claribel was still a baby, an exile that would last for her father until his death forty years later. Her mother, Ana Maria Vides Segui, was Salvadoran, so they moved to El Salvador, and Claribel was raised as a native of two countries, though she was always a citizen of the world.

She met and married journalist Darwin J. (Bud) Flakoll (1923–1995) in the late 1940s while both were studying at George Washington University in Washington, DC. Beginning in 1951, she traveled extensively with Bud and their four children—Maya, Patricia, Karen, and Erik—living in Mexico, Chile, Uruguay, and Argentina, publishing books of poetry in each country. In 1963 the family moved to Paris for several years, then to Mallorca where she lived with Bud until 1979. That year they traveled to Managua to collaborate on a book about the Sandinista revolution, which had recently overthrown the murderous Somoza dynasty, and remained there permanently. 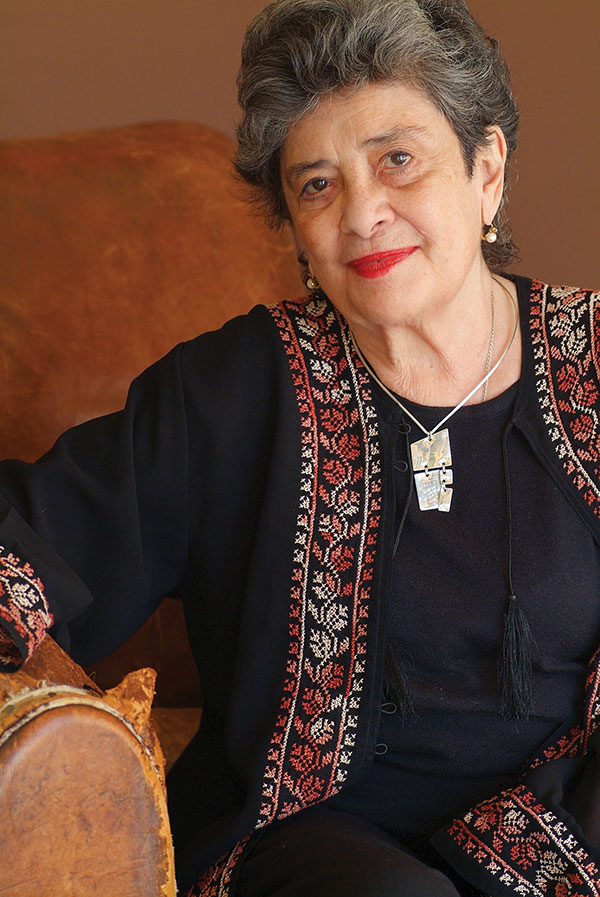 Claribel Alegría in 2006, when she visited the University
of Oklahoma to receive the Neustadt International
Prize for Literature. Photo: Simon Hurst

Among her many awards and prizes (including a beloved Neustadt Prize in 2006), her latest honor was the 2017 Queen Sofía Iberoamerican Poetry Prize, which took her to Spain and, among other formalities and events, included to her delight a private audience with Queen Sofía. During their meeting, Claribel explained in an anecdote, she forgot herself and went on with the queen as if with an old friend, being her usual lively, loquacious, affectionate self, using informal language, telling tales and filling the air with laughter. When she suddenly realized she was talking with a queen, she stopped herself and apologized. “Oh, please,” said the queen, “just go on, I’m having a great time—I never get to talk with people this way, and if you lived here in Madrid we would be friends.” So they shared a laugh and went on.

She was disarming, vivacious, by turns hilarious and profound, charming, learned, and judicious but never bored by life or people (though certainly anything but a Pollyanna), and ever prepared to expand or adjust her perspective on any subject. Her last major work was the unexpected book-length poem Amor sin fin (Visor, 2016), which, with an urgency we didn’t fully grasp at the time, she wanted us to translate into English the moment it was finished, and we did, as Forever Love, a section of which is excerpted here.

The larger work is a searching philosophical poem with mythological references, a questioning of God and the self, observing the abyss that seems to await us all. It is a death poem, an incantation, a force not unlike a Navajo Night Chant (a tradition from our hemisphere), and a prayer exploring life beyond life and death. It’s a moment of peering into infinity to consider its potential horror without turning away. It’s not the typical lyric expectation one has from such a vivid, lively poet, but if you look at the expanse of her work from the beginning to the present, it’s not really surprising she would take on topics of such gravity, especially as a nonagenarian facing the ultimate fate, which even in her darkest observations she embraces completely.

By turns focused and elusive, in places the sequence brings to mind the understated passions and muted sensuality of certain jazz ballads but mixed with the sharp wit and linguistic beauty reminiscent of, say, Sor Juana Inés de la Cruz, Ezra Pound, and Dante (incorporating the mysterious descent and ascent of the latter’s masterpiece), and even, in the excerpt at hand (“La mandala”/“The Mandala”), the actual first line of T. S. Eliot’s The Waste Land laid into the text. But the work is no collage, and Claribel Alegría no collagist. Like many Latin American authors (contemporary and otherwise), she presumes her readers’ knowledge of original sources and echoes, but in a style that allows for that not to be the case, with never a moment of condescension or intentional obscurantism. Allusions to classical and modern poetry abound throughout the whole book-length poem, for the most part invisibly woven into the text so they don’t interrupt the flow, and the same might be said for her use of mythology and elements of popular culture.

The very title of the poem, Amor sin fin / Forever Love, reflects a fact always central to the last twenty-two years of her life: her love for her late husband, Bud (Darwin J. Flakoll), the love of her life, her inseparable partner for fifty years. Even after death his spiritual presence was always evident in her work. The love that sustains this poem is one that conquers all (Amor vincit omnia), the love that transcends time and death. It’s a rare kind of love in our time, indeed, a time when the ever-banal self is center stage, a time without time or disposition to listen to anyone because we are so busy with ourselves and the noise around us until the only voice we hear and pay attention to is our own. So, it might seem to us that love of such magnitude as Claribel’s has already ceased to exist, but her work demonstrates the contrary. She herself was the living proof of it, maintaining a constant disposition for love throughout her life. In her final poem, it’s no surprise the main subject is love, a love that involves infinite compassion, that understands, forgives, sees everything and listens to everything, and, therefore, ends with an overall comprehension of life and death, of a life lived for love and for the love of poetry. Claribel once said that her mentor, Spanish poet Juan Ramón Jiménez, told her that whatever she did in life, to never commodify poetry, and that concept shines through all of her work, from beginning to end.

For more by Alegría, read an excerpt from Amor sin fin as well as “The Sword of Poetry,” her acceptance speech for the 2006 Neustadt International Prize for Literature.

George Evans’s poetry collections have been published in the UK, US, and Costa Rica, including The New World, Sudden Dreams, and the bilingual Espejo de la tierra / Earth’s Mirror, translated by Daisy Zamora. He has also published two volumes of translations: The Time Tree, by Vietnamese poet Huu Thinh, and The Violent Foam, by Daisy Zamora.