Blood War, 2016, by Jia How Lee. The concept art is based on the Spanish conquest of the Aztec Empire.

Years ago the man got married and years ago the man became unhappy in his marriage. The man lives in Buenos Aires and he passes his time, or tries to make time pass, thinking about the Aztec Empire. The man is obsessed with the Aztec Empire, ever since his teacher, long, long ago, told him all about it. The man comes to the conclusion that it is easier to save the Aztec Empire than it is to save his marriage, and so he decides to save the Aztec Empire. The man sits in his favorite chair, in front of a window from which he can see the lion cage in the zoo across the street, he falls asleep, and he awakes in the middle of a jungle in the Yucatán Peninsula. The man has traveled back in time, and it does not take him long to find an Aztec who, after falling to his knees, shows him the way to Tenochtitlán.

The man discovers that he speaks the Aztec language pretty well and that his blond beard makes him look like Quetzalcóatl, the god whose arrival the Aztecs have been awaiting for centuries. The man discovers that he has arrived in Mexico ten years before Cortés. And so a way to save the Aztec Empire occurs to him. The man becomes friends with Moctezuma, he teaches him Spanish, he makes him memorize the Spanish royal genealogy, and he explains to him that, when Cortés arrives, he should say that he is Catholic and that the practice of public human sacrifice has been abolished. Moctezuma agrees to do so. When Cortés lands on the beaches of Mexico, the Aztec emperor asks him in perfect Spanish how the queen is doing and compliments the elegance of the purebred Spanish horses that the conquistador has brought from across the ocean. Cortés is enraged, burns down his ships, and destroys the Aztec Empire. The man understands that the past cannot be changed, he returns to his age, he gets divorced, and the rest is history, ancient history.

Translation from the Spanish by Cecilia Weddell 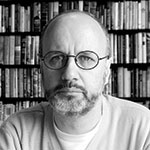 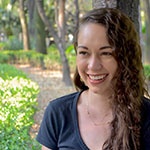 Cecilia Weddell is an associate editor at Harvard Review and a PhD candidate at the Boston University Editorial Institute, where she is editing and translating the essays of Rosario Castellanos. Her translations have appeared in Latin American Literature Today, Literary Imagination, Exchanges, and elsewhere.