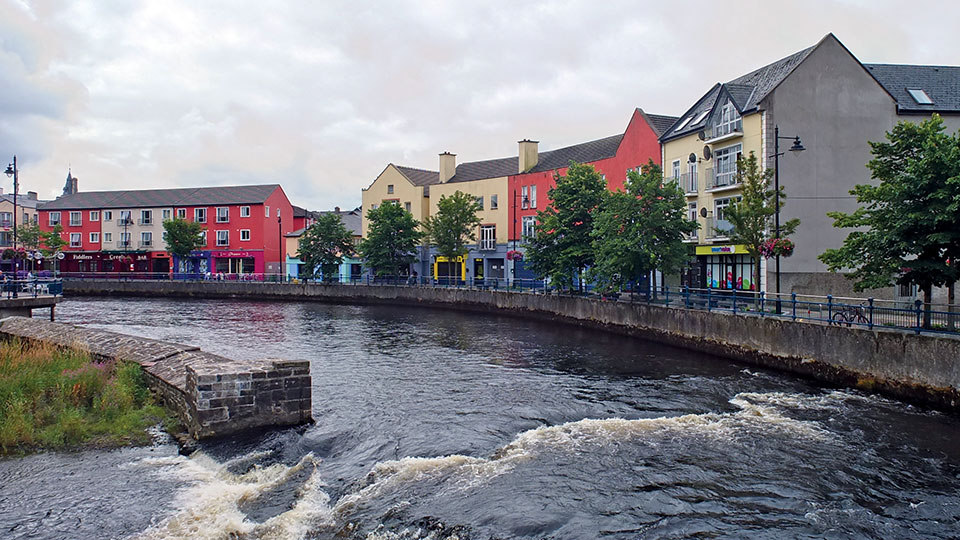 When I pulled into Sligo on the morning bus with a dog-eared copy of W. B. Yeats’s Collected Poems, I carried two wishes: first, that it would stop raining. And second, that I might uncover some of the vital, inspiring force behind my favorite poet.

One gets over the rain.

Located on the coastal edge of County Sligo in the northwest of Ireland, Sligo rests on the neck of land between Sligo Bay and the placid Lough Gill. Riverside restaurants, shops, and lively pubs line the town center, where the swinging doors of little cafés disclose the smell of black currant scones or the flash of jam jars and bottles of cordial. Visitors’ maps lead to abbeys, churches, and other historical sites around town, but somehow, people seem to gravitate toward Wine Street, where the Yeats Memorial Building stands.

Lovers of Irish poetry have good reason to venture to a less-trafficked town like Sligo. Yeats’s early work draws deeply from the natural features and fairy stories of the area where he spent much of his youth, and his footprints linger. With a car, a bicycle, or a sturdy pair of walking boots, one can retrace the journey of “The Stolen Child” through the deciduous canopy of old Slishwood to the rustling waterfall of Glen-Car, where the fairies swing from fern fronds. Bus and ferry can bring you to the famous lake isle of Innisfree that hummed peacefully in Yeats’s memory amid the bustle of London, or to the Salley Gardens where he would rendezvous with Maud Gonne, ever aloof. The more solemn-minded make their way to the cemetery where Yeats lies interred “Under bare Ben Bulben’s head / In Drumcliff churchyard” and ruminate on the lines cut into his simple headstone. 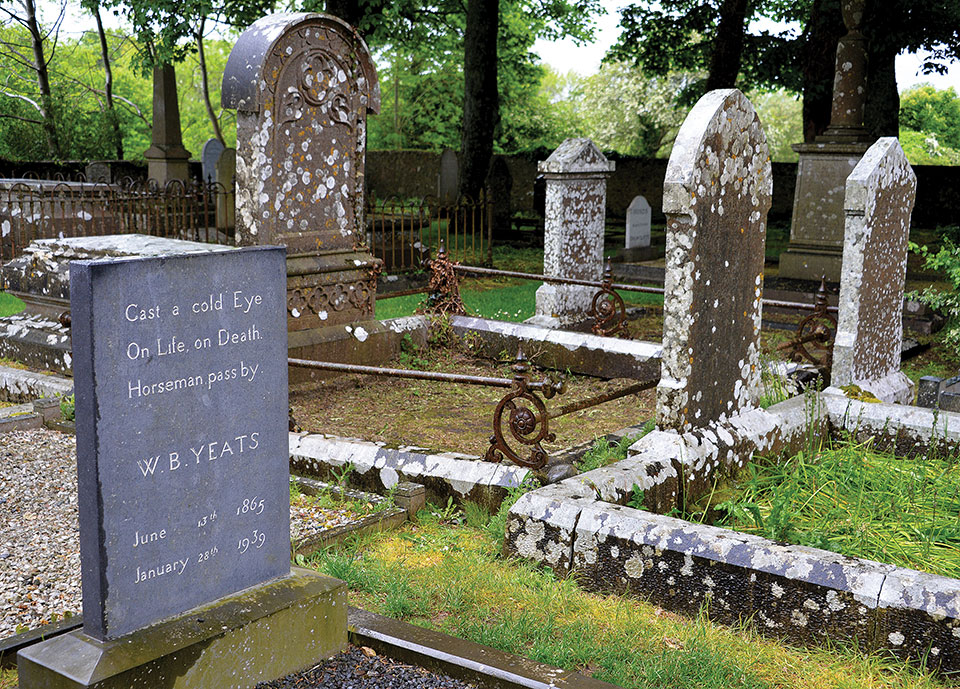 Despite the area’s many draws, travelers from too far afield are regarded as something of a pleasant surprise. Tours are more likely to be filled with visitors from another county than curious continentals or pond-hopping Americans. Let slip a foreign accent and you may find yourself caught up in a chat with a lifelong resident. Should your dialogue take a turn toward poetry, you may discover one of Sligo’s greatest charms: here, literature never quite becomes history.

Sligo is a place of poetry without pomp. Verse is scrawled on the walls, written into folk songs, and etched into the memories of those raised with rhymes on their tongues. Yeats’s legacy is borne proudly and revisited frequently. One exemplar of this (and for me, one of the town’s great treasures) is the Hamilton Gallery, which, in addition to exhibiting artwork from a vast range of contemporary Irish artists, holds an annual invitational exhibition reflecting on some aspect of Yeats’s work. Each of these special shows is a culmination of the unique kind of presence with which Sligo is gifted—one that allows its inhabitants, and perhaps its pilgrims, to poignantly reenvision the life and work of W. B. Yeats.

Grant Schatzman is a writer, editor, and educator originally from Oklahoma City.