4 Theater Troupes with an Activist Twist 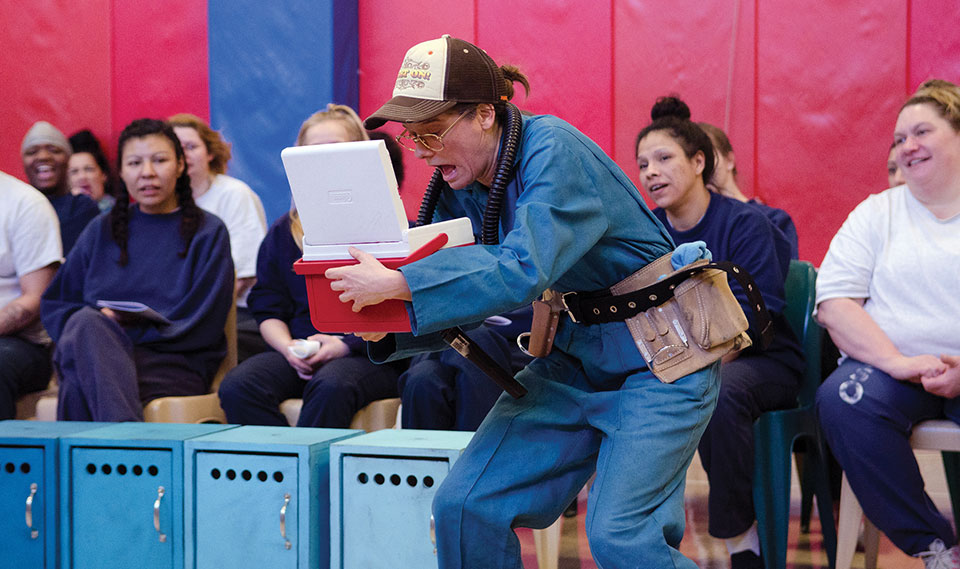 THE THEATER OFFERS a rich experience of immersive storytelling, gripping monologues, and enthralling action. Whether you’re a fan of Shakespeare’s comedies or tragedies, operatic or contemporary musicals, or good-old drama, there’s a production out there for you. While many people immediately think of Broadway in New York or the Globe in London, a multiplicity of well-reviewed theater groups exist in the world, and many of them engage in socially active projects. Here are several troupes that go beyond the stage by bringing an activist twist to their work.

Located in Ashland, Oregon, the Oregon Shakespeare Festival is a not-for-profit professional theater founded in 1935 with the values of excellence, inclusion, company, and stewardship. Its eight-month-season runs include up to eleven plays, ranging from Shakespeare to musicals to world premieres. OSF proclaims a foundational philosophy of diversity and inclusion for their actors, stories, and even audiences across socioeconomic, age, disability, and racial/ethnic spectrums. Special performances, targeted initiatives, and educational opportunities open the door to many who wouldn’t otherwise be able to participate. In addition, OSF emphasizes representation in its productions, such as director Bill Rauch’s production of Rodgers and Hammerstein’s Oklahoma with same-sex lead couples and other LGBTQ casting, which ran from April to October 2018.

Founded and led by Michelle Hensley from 1991 till her retirement in 2018, Ten Thousand Things is a theater company in Minnesota whose mission is to bring “lively, intelligent, professional theater to people with little access to the wealth of the arts.” It emphasizes the value of all life experiences and backgrounds as well as how every individual brings creativity and participation to a production, including the audience. Productions take place without a stage, instead using a well-lit space encircled by chairs, and are performed at homeless shelters, correctional facilities, low-income senior centers, reservations, after-school programs, women’s shelters, and locations in rural Minnesota before coming to a limited run of paying audience shows.

Founded in 1983 by Madeeha Gauhar, who passed away in April 2018, Ajoka is a social-activist theater group committed to peace and tolerance in Pakistan and the larger region. Its mission is to create “socially meaningful theatre and thus contribute to the struggle for a secular, humane, just, and egalitarian society in Pakistan,” to which end it has worked with production companies from across South Asia, including Bangladesh and India when doing so was considered treasonous. Spreading a message of peace, unity, and appreciation for the arts, Ajoka brings together civil-society personalities with those of the theater—it organized the Panjpaani Indo-Pak theater festivals for peace and founded the Theatre for Peace project, which holds festivals, seminars, workshops, and collaborative productions with theater groups from Pakistan and India.

The Krétakör Theatre was founded in 1995 by Árpád Schilling and operated as a Hungarian theater company without a permanent building until 2008, when it was reorganized into the Krétakör Foundation. The foundation today is a production company and center for contemporary arts that promotes participation and broad involvement in social dialogue, especially in Hungary and the wider European community. While still immersed in its theater roots, the Krétakör Foundation goes beyond the stage with workshops, training, and social and creative projects, such as the Free School program, which ran from 2013 to 2016 with each year focusing on issues of integrated education for students from different social backgrounds, political/social and public life, and democracy education at school, respectively.

James Farner is a WLT intern studying English writing and religious studies at the University of Oklahoma. In his free time, he’s either listening to a podcast or working on The Aster Review, an OU student arts publication. He grew up in and around Minneapolis and is one of the frequenters of First Avenue who left flowers at Paisley Park after Prince died.