The Woman Upstairs by Claire Messud 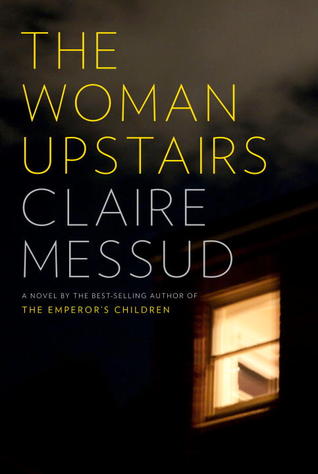 Claire Messud is a confident and stylish writer, as she has proven in previous novels such as The Emperor’s Children. Those adjectives set her apart from her first-person narrator in The Woman Upstairs, third-grade teacher Nora Eldridge, the self-anointed “woman upstairs.” But this dichotomy also creates a problem for the novel. Nora’s words and thoughts arrive via Messud, and the character often seems too self-aware to behave the way she does. But then again, love along with anger can cause us all to behave less perspicaciously than we might otherwise.

The Woman Upstairs is in no way a typical romance, and Nora’s love is not exactly what the reader expects. Her first love is one of her third-grade students, Reza; she is entranced by his exotic origins, his long-lashed eyes, and the grace with which he navigates his new environment from the moment she first encounters him in a supermarket. The rest of his family, the Shahids, comprise the other love objects in the novel, and it may come as no surprise that consummation is not paramount or, for that matter, truly feasible in any of these relationships.

Swooning isn’t the spinsterish Nora’s style, yet swoon she does. In a way, this novel is more about falling in love with another person’s life and art than it is about falling in love with a person. You always sense Nora’s yearning to be someone else, someone more worldly and talented. In effect, her desire to be an artist is limited by her own sense that she is living a life in miniature as opposed to Reza’s mother, Sirena’s, broad and vivid strokes in life and art.

There is another issue. So much of the novel takes place in Nora’s mind, in her infatuated, almost feverish mind, that this kind of familiarity with the character on the part of the reader breeds some disdain. It’s not that Nora isn’t well spoken or worthy of empathy—after all, she is a woman who has been sorely disillusioned by her life—it’s just that in her anger, she perseverates so continually. Messud may want us to consider whether her Nora might be a contemporary doppelgänger of Ibsen’s Nora, but ultimately the reader feels a bit peeved by her behavior without feeling the satisfaction of any sort of triumph.

Given some of these drawbacks, the novel is still a good read. Messud captures so well the texture of the characters surrounding Nora that they resonate even after they’ve left a scene, and the narrative titillates with a fair amount of tension and even dread.