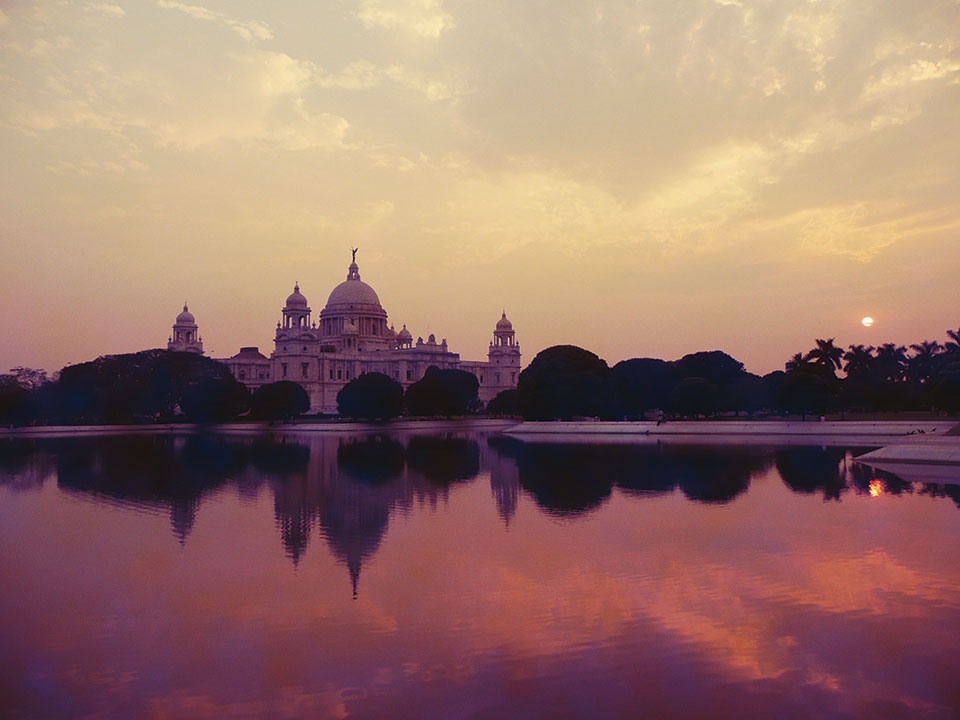 Kolkata has much to offer any traveler, whether history buff, literary aficionado, culture seeker, or wandering flâneur. In several places around the city, all these converge within the spaces of colonial buildings, festivals, and even the streets.

Two buildings reminiscent of Kolkata’s colonial past are the Victoria Museum and the National Library. The Victoria Museum, named after England’s Queen Victoria, was constructed after her death and officially opened in 1921. The museum has a large collection of books from science to literature, including several rare books dating back to the 1870s such as Shakespeare’s Twelfth Night and The Arabian Nights. More rare books from the 1860s are housed in the National Library, which dates back to 1836 and is the first public library opened in the region. The library contains books in several different languages from the region and holds important historical periodicals and journals. During renovations in 2010, a 250-year-old enclosure was found with no entrance points. To this day, archaeologists speculate that the enclosure may be either a torture chamber or a blind chamber filled with treasure.

Along with the old colonial buildings is the Oxford Bookstore (not affiliated with Oxford University Press), which has been selling books since 1920. The bookstore also created the Apeejay Literary Festival, now an annual event in January. It is arguably the oldest and largest literary festival in India, holding events at historical sites such as the Victoria Memorial, the Indian Museum, and the bookstore itself. The Kolkata Literary Festival, also known as Boi Mela, likewise occurs in January. Running for twelve days, it brings in over one million readers, writers, and vendors from around the world. The festival is an initiative of the Kolkata Book Fair, the second largest book fair after the Frankfurt Book Fair.

A final place for the literary minded to explore is College Street, where the University of Calcutta and Presidency University are located. The street contains small and large bookstores that features rare books. It is the largest second-hand book market in India and the second largest in the world and contains such places as the famous Indian Coffee House, frequented by influential writers and artists as well as college students.