A Book Pervaded by Voices 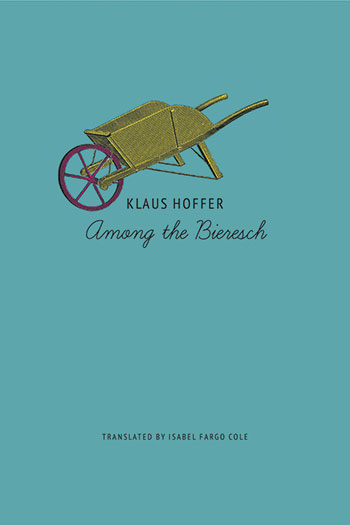 In Among the Bieresch, the young narrator, Hans, is sent to his father’s ancestral village in the easternmost province of the “Empire” (a surreal postwar Austria). His uncle has died, and local tradition requires Hans to assume his place for one year—just one bizarre custom of the Bieresch, the “barbaric inhabitants of this desolate region.” It is a world of squalor and metaphysics dominated by feuding sects who regale Hans with songs, proverbs, and parables from their “Scriptures.” Klaus Hoffer’s Among the Bieresch explores the essence of culture as such—the power of tradition, storytelling, dialogue, and tension among and within communities. And culture is inextricable from culture shock. Overwhelmed, Hans balks at the mind-boggling customs, philosophies, and intrigues that are thrust upon him—but in this he only proves himself a true Bieresch, for all of them chafe at their own cultural baggage.

In “Typhoid,” the chapter published on WLT’s website, his bewilderment and vulnerability culminate in a bout of typhoid fever. This fever state seems to distill the very atmosphere of the book: a thin-skinned sharpness of perception shading into hallucination; patterns emerging from cracks in the paint; voices invading the self, flickering between meaning and nonsense.

The book is pervaded by voices that blur the bounds between inside and outside: the “Scriptures of the Bieresch,” the proverbs and parables that the villagers quote incessantly, are drawn from other writers’ works—Kafka, Borges, Beckett, Vonnegut, Flann O’Brien, etc. It is Bruno Schulz who speaks here of an “unnatural transplantation of incompatible and hostile races of wood” in what seems a sly reference to Hoffer’s own grafting method. And it is no coincidence, surely, that such grafts are said to be used for “the manufacture of divining rods and other magical instruments.” The academic word “intertextuality” hardly does justice to Hoffer’s use of citations and paraphrases from other works; it is Schulz’s image that best conveys the effect. Among the Bieresch, as an intertext, is filled with sharp and subtle tensions yet utterly organic, wriggling with a life of its own. The challenge for me, as the translator, was not merely to track down the quotations and assimilate the works Hoffer draws from (a rewarding task—discovering Flann O’Brien and rereading Kurt Vonnegut) but to preserve the organic effect, the exquisitely smooth or sharp transitions between the different tones and voices.

It was a great pleasure to work with Klaus Hoffer—apart from our numerous email exchanges, we paid a joint visit to the setting of the novel, the southeast corner of Austria’s Lake Neusiedl, and he and his wife, Nadja, kindly hosted me at their home in Graz for several days as we went over my final translation questions. Klaus is a distinguished translator from the English, and with his own keen understanding of translation issues and his translatorly creativity, he gave me the freedom and inspiration necessary to find solutions for some of the more linguistically playful passages.

I initially expected that the etymology of the word “typhoid” would require one of those creative solutions. But as it turned out, typhoid’s linguistic derivation is quite similar in German and in English. When “‘dunkel,’ ‘dumpf,’ ‘düster,’ und ‘dumm’” became “‘dust,’ ‘dull,’ ‘dark,’ and ‘dumb,’” the dust crept in, and one word for “dark” dropped out; that was all. It almost felt like cheating—but the serendipity seemed to have an arcane significance, resonating so beautifully with the meaning-laden web of the Bieresch world. A common root was uncovered and took on a wriggling life of its own.