LAST OCTOBER, I chose to use Catania as a base for exploring the towns of southeastern Sicily I had yet to discover. What I didn’t expect is that I’d fall in love with the port city itself. Whereas Palermo and Taormina seem to steal the spotlight, Catania boasts some of the island’s best restaurants, opera by puppets and live actors, world-class Greek and Roman antiquities, and, for the adventurous, an active volcano. Though Mt. Etna’s eruptions rarely claim lives, its hardened lava flows are part of the landscape, frequently cut into building stone. When I flew into Catania’s international airport, the snow-capped crater was fuming, not flowing. “You must never speak badly of Etna,” my elderly seatmate confided. “We are all guests on her slopes.” Don’t let a little ash stop you from taking the 9850-foot cable-car ride and guided tour.

“Organized chaos” is how my hostess referred to her birthplace. To prove it, she insisted I visit La Pescheria fish market on my first day. Here the city’s chefs rub elbows with ordinary citizens choosing their dinners from the night’s catch of bream, swordfish, mussels, sea urchins, and tubs of squirming eels and lobsters. Open-air markets are ubiquitous in Italy, and here the weekday produce market in Piazza Carlo Alberto converts to a flea market on Sundays—the ideal place to find gifts like Caltagirone ceramics, Coppa hats, or lava-stone jewelry.

Unlike northern Italy, which is increasingly homogenous, Catanians revel in their local traditions, everything from celebrating the Feast of St. Agatha (the city’s patroness) to the art of making marzipan or pasta reale. Those fruits and vegetables you see displayed in bakeries are crafted from almond paste and food coloring, an Arab-imported skill, as is the art of mosaics. Another folk tradition, and a must-see in Catania, are the puppet operas staged by the Napoli family since 1921. These actors aren’t hand puppets but five-foot-high, beautifully costumed marionettes they create in a workshop open to visitors in Via Reitano.

Architect Giovanni Vaccarini’s taste for the flamboyant balconies and s-curves of baroque style left its mark on Catania, whose centerpiece is Piazza del Duomo. A less appealing legacy is his elephant fountain topped by an Egyptian obelisk, famous for pigeons and rude comments. A fan of chamber music, I enjoyed weekly concerts in Piazza Biscari in the salone della musica of a baroque mansion with a grand staircase, minstrels’ gallery, and a façade with dancing cherubs and grinning monsters. Native son and father of bel canto, Vincenzo Bellini, is honored with a theater, park, and museum, all in his name. The landscaped beauty of Bellini Gardens offered my favorite refuge from “organized chaos,” inviting nature lovers to explore a maze of trails through fig trees and palms that lead to aviaries and a bandstand. With hilltop views of the city and Etna beyond, this is the place to picnic and recharge your batteries for more sightseeing.

Castello Ursino, a Swabian castle near the old port, is now an art museum and exhibition space. Some of the Hellenistic and Roman sculpture on display will prepare you for Catania’s ancient remains, like the Teatro Romano off Via Vittorio Emanuele, built on top of a Greek theater. Take your pick! I knew about the poet Stesichorus from Anne Carson’s Autobiography of Red, but never guessed the Greek poet spent the last years of his life in Catania. A piazza in his name shows the remains of Sicily’s largest amphitheater dating to 200 ad. Here the classical world is literally underfoot.

And yes, I took day excursions to cities like Enna, Noto, Modica, and Siracusa on convenient, affordable bus trips that brought me back in the evening, just in time to enjoy some gluten-free pizza at my favorite restaurant: Acido Lattico Pantano. The word is out, though, so make sure you have a reservation.

Fiction to Read with Your Pasta Reale 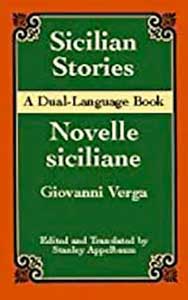 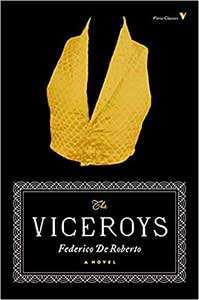 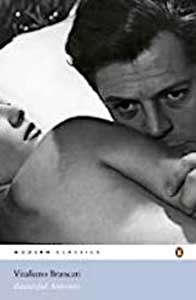 Lisa Mullenneaux has contributed reviews of Elena Ferrante’s novels and Italian poetry in translation to WLT. She is the author of Naples’ Little Women: The Fiction of Elena Ferrante (2016), and her own poetry appears in print and online journals. She lives in Manhattan and teaches writing for the University of Maryland GC.