Workhorse to All, Swan to None: The Life of Sergey Shcherbakov 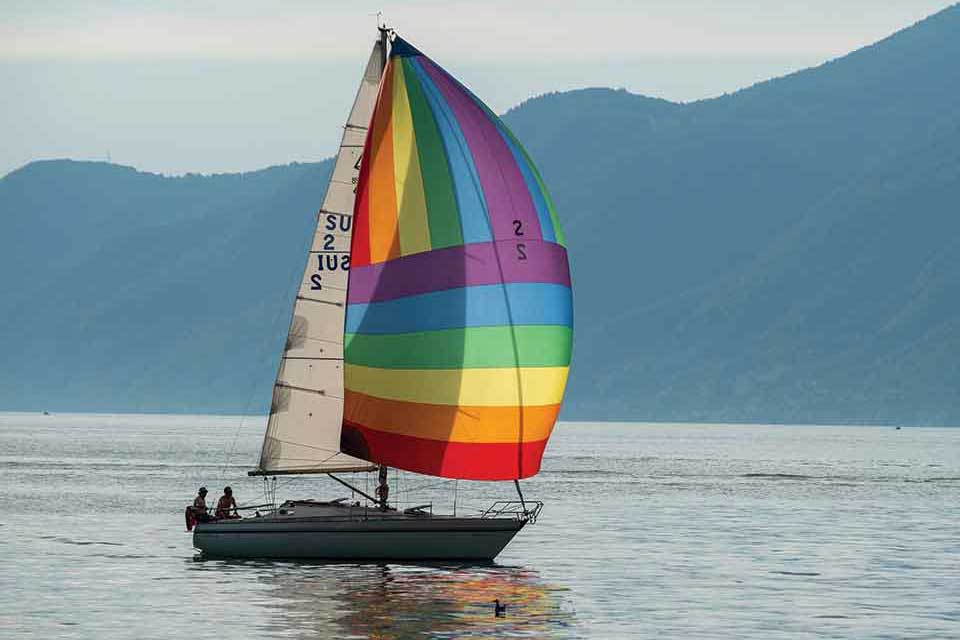 The following essay is a memorial tribute to Olga Krause’s friend and fellow LGBT leader Sergey Shcherbakov, who died under suspicious circumstances in 1999. The text situates their friendship within the context of the traumas that defined the perestroika-era lives of Soviet citizens: hunger, homelessness, AIDS, and the horrors of the prison system.

We met at the first international anti-AIDS conference in Leningrad during the summer of 1991. A quiet, painstakingly polite, and surprisingly competent conversationalist approached me to ask if he could join the founding board of Kryl’ya (Wings), the association for the defense of gay and lesbian rights.

Sergey was the one who called me at six in the morning in August 1991 to tell me about the beginning of the hard-liners’ attempted coup, later known by this little “epithet”: State Committee for the State of Emergency in the USSR (scse). He was the one who drafted an appeal to the gays and lesbians of the Soviet Union in support of the legitimately elected government. Although the powers that be did not take this support seriously, Petersburg’s creative elite still came out to protest on St. Isaac’s Square in front of Mariinsky Palace, most of us having heard from Sergey before the official news broke.

He became motherless at a young age and grew up with an alcoholic father. Still, he managed to graduate from Leningrad State University’s Department of Applied Mathematics with honors.

The organization needed a workhorse to lug this rainbow boat. Seryozha came along and became that horse.

I don’t know how to do (or not do) “friendship.” Somehow, our common interests just brought us together. His nondescript appearance masked an inquisitive mind and restless soul. I remember my first impression: “Oh, how pathetic! Gay, but so unattractive! An ugly duckling among such glamorous swans . . . who could ever need someone like that?” But it turned out that everyone needed him. Apart from the dignified titles and ceremonial titles bestowed upon the most dashing personalities, the organization needed a workhorse to lug this rainbow boat. Seryozha came along and became that horse. That’s why he ticked so many people off, because he expected them to actually get shit done. I can still hear his catchphrase ringing in my ears: “Olga Leopoldovna, if you could be so kind as to please authorize so-and-so to do such-and-such.” He was a total pain in the ass! There was absolutely no weaseling out of anything.

Seryozha was needed by everyone, and by no one personally. Consequently, in his desperate searches for a partner, he sometimes got himself caught up in nightmarish situations. One time, my doorbell rang at 5am. With his naked body shrouded in filthy tatters, the terribly battered Sergey could barely stand on the doorstep. He was lucky to be near my house this time, having gotten himself into another serious jam. I had seen a lot of beaten-up queers in my lifetime. The only thing that caught me off guard was that this was happening to a very serious and highly sophisticated man. This was happening to Sergey.

His articles and translations in the thematic and medical press; participation in public demonstrations; and tendency to wind his way through the courts, hospitals, and prisons barely scratch the surface of his serious work. He was also the first to address the problems of homelessness and child prostitution in our country. I am not going to embark on a Soviet education campaign here and expound on the fact that homosexuality and pedophilia are completely different notions. The little boy he picked up on a routine basement raid was a real headache. That sneak and his identical sidekicks kept stealing from Seryozha’s apartment. With enviable tenacity, Seryozha repeatedly drove to the backwoods, inebriated village to the child’s completely debased parents. Each time, he returned this “Gavroche” to his home and school, patiently sitting with the little urchin while he did his homework. He was also the first to address the problems of homelessness and child prostitution in our country.

Those were the days of perestroika and starvation. I remember how Sergey approached me with his honors university diploma. He asked me to help erase his name in order to sell it as one of the coveted “red crusts”—fraudulent honors degrees—circulating in the black market. Nobody needed applied mathematics back then. It was no picnic for me during that time, but I was alone, and he had a little boy under his wing. The world-famous man was starving.

Even so, he died believing in goodness. For some reason, he told a teenager with a shaky moral foundation that he had been bequeathed an apartment. In the summer of 1999, Sergey was found in the bathroom, boiled to death in the tub. Such deaths—impossible to investigate, impossible to prove—were very common. Before long, steps were taken to hastily sell the apartment, and all traces of the boy vanished.

Yet Sergey Shcherbakov did not disappear without leaving his mark. Thanks to him, separate cohorts were formed for members of the “untouchable” prison caste in our penal colonies and prison system, finally shielding the “roosters”—the lowest-ranking gay men—from the most barbaric convicts. His articles, his deeply fascinating translations, and his blessed memory live in our hearts.

Translation from the Russian 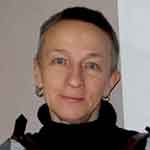 Olga Krause, born in 1953 in Leningrad, is a leading voice of the late-Soviet Leningrad literary underground, groundbreaking LGBT activist, bard-poet, and prose author. Her writing is grounded in her experience as a Jewish lesbian in the Soviet Union. Krause co-founded the first LGBT rights organization in the Soviet Union to achieve governmental recognition. Photo by Elina Rudenko. 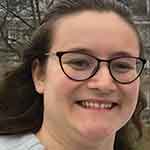 Grace Sewell is an honors Russian and Spanish double major at Swarthmore College and an emerging literary translator. She is also an alumna of the Yiddish Book Center’s 2021 Steiner Program and a 2020 Eugene M. Lang research fellow.