THE NOVELISTS Pat Barker and Douglas Stuart were both born into poverty, victims of the de-industrialization that swept like a wrecking ball through the British Isles during the second half of the twentieth century. Millions of jobs were lost as manufacturing shifted to foreign countries and cheaper labor. Welfare increased. Unemployed men sank into alcoholism, leaving women to feed their children by any means possible. Margaret Thatcher’s anti-union policies and the defeat of the 1984 miners’ strike increased the misery.

In their novels, Barker and Stuart portray this in raw, unmitigated detail. The two authors also have in common a moving ability to locate the means of survival and the brief moments of redemption that desperate people somehow manage to find. In that lies their great talent. 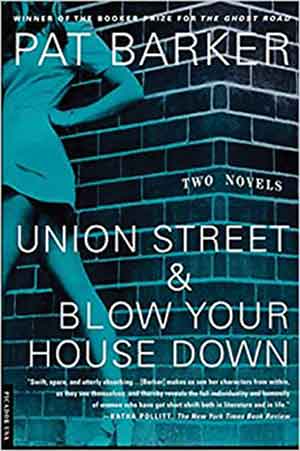 Union Street and Blow Your House Down

Barker is known for her Regeneration trilogy, about shell-shocked veterans of World War I. But before that, Barker published Union Street and Blow Your House Down, about the impoverished working classes of northern England from which she herself came.

It took ten years for Union Street to find a publisher. When it finally came out, the New Statesman called it “a working-class masterpiece.” It consists of the intersecting lives of seven women living on a dilapidated street in northern England. Barker leavens the darkness of these lives with humor. For example, Joanne, who works in the cake factory, is pregnant by her boyfriend. “It was no pleasure,” Barker writes. “A sparrow couldn’t’ve farted quicker.”

In Blow Your House Down, Barker carries her subject further in a novel about a group of sex workers stalked by a serial killer. Despite the sex workers’ grim lives, they have a camaraderie, meeting at night in the local pub for beers and exchanging ribald remarks about their customers before going out into the desolate streets. 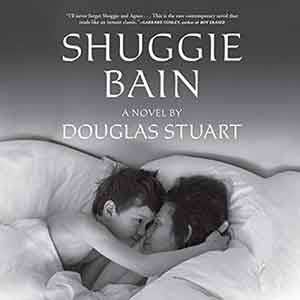 Douglas Stuart’s Booker Prize–winning novel is set in Glasgow, where he was born. Stuart’s father deserted the family, and his mother died of alcoholism. Like Stuart himself, the main character, Shuggie, is gay. Shuggie’s mother is also an alcoholic, and his father has left “for a plain-faced dowdy hoor.” Shuggie gets a job in a deli and a customer asks, “Gies three breasts, five thighs, and just want wing the day, son.”

Shuggie’s mother is beautiful, and he adores her. She tries to support him, to keep the house clean, and to fight her fate. Her affairs with abusive men demoralize her, and her alcoholism deepens. She goes to Alcoholics Anonymous and stops drinking. Her one chance at redemption is a relationship with a cab driver, but he urges her to have just one glass of wine. She sinks into alcoholism again and dies from it.

Shuggie’s life is instead redeemed by his friendship with Leanne, a tough girl, probably gay herself, whose mother is a sex worker. In an extraordinary scene at the novel’s end, they go down to the river bank where Leanne’s mother plies her trade and find her, teeth missing and bedraggled. Seeing her, for a moment Leanne softens and tears come to her eyes. She has brought her mother clean underwear. Shuggie holds the woman’s coat open as Leanne takes off the dirty underwear and dresses her in the clean ones.

As they leave her, Shuggie suggests that the two of them go dancing.

“There is no way Shuggie Bain can dance!” Leanne cries.

And with that, Shuggie spins around on his heels and shows her that he can. 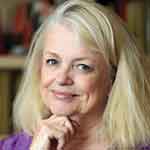 Dinitia Smith is the author of four novels: The Hard Rain, Remember This, The Illusionist, which was a New York Times Notable Book of the Year, and, most recently, The Honeymoon.