The Sweet Indifference of the World by Peter Stamm 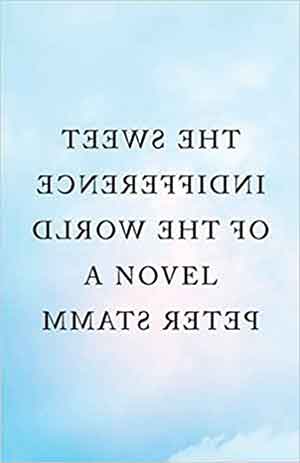 The Sweet Indifference of the World

“PLEASE COME TO Skogskyrkogården tomorrow at two. I have a story I want to tell you.” In acclaimed Swiss writer Peter Stamm’s short and wistful novel The Sweet Indifference of the World, the past and the present collide; memory and reality intertwine; and hope and foreboding dance a swirling tango.

Christoph, an aging former writer, invites budding actress Lena to hear him chronicle his failed love story—and hers. Twenty years separate their near-identical relationships: Christoph pines for his ex-girlfriend (and actress) Magdalena, and Lena is in love with—you guessed it—a young man named Chris, an aspiring writer. As Christoph describes the novel he wrote about Magdalena and their eventual breakup, Lena notices its inexplicable symmetry to her relationship with Chris; their appearances, mannerisms, personal stories, and intimate details align; and the manifold similarities between their lives create an uncanny palimpsest of Christoph’s past and Lena’s present.

Replete with doppelgängers and lovelorn mystery, The Sweet Indifference of the World asks the characters to reckon with love—what it is, what it isn’t, and what it should and shouldn’t be—and to contend with the seeming immutability of both the past and the future. “I can’t tell you the end of the story,” Christoph says. “The only stories that have endings are the ones in books. But I can tell you what happened next.” It is this longing for an ending, for certainty, that fills Christoph’s and Lena’s parallel stories as water fills a pool—a pool whose placid surface is soon disturbed by the ripples of memory, both reflective and refractory.

With flowing, vulnerable prose, Peter Stamm imbues The Sweet Indifference of the World with that particular malaise of romantic failure. As someone with his fair share of past heartbreak—no, don’t ask—I can say that this novel perfectly captures the painful yearning for love lost: for differences irreconcilable, for mistakes irreparable, and for time irredeemable. Ultimately, I found this story melancholic and true. The Sweet Indifference of the World is the resounding final note played by an orchestra; it is the hollow space deep within our chests; it is that aching desire for answers to the unknown—or, at least, the unknown yet.