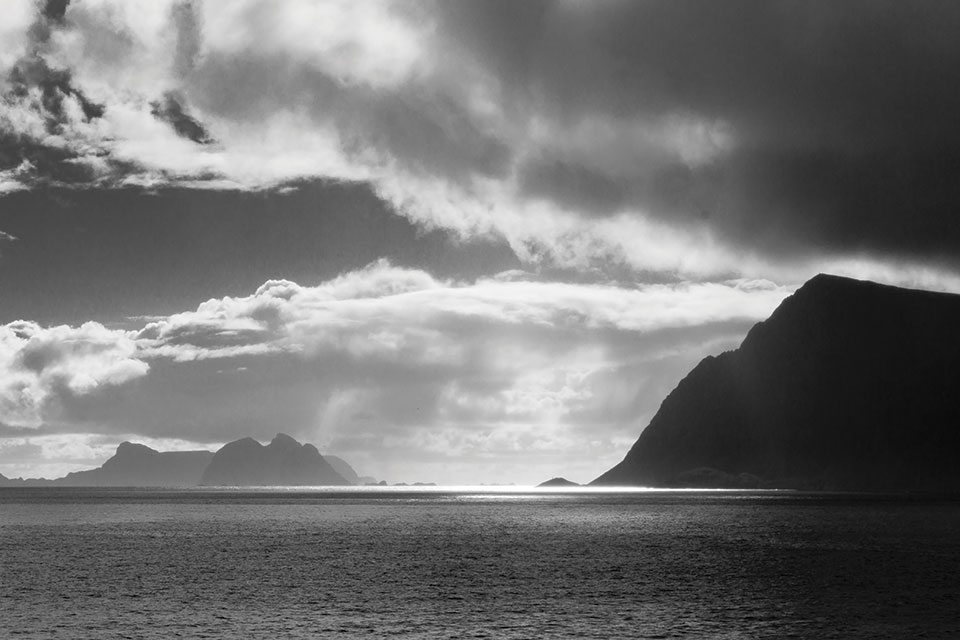 Nothing on a really tall chair; a chair with very long legs; up to the sky, which was empty.

And down fell fragrance; fragrance of flowers, although there were no flowers; before there were flowers there was just this fragrance, which fell, falling.

Into dust; like dusty books; but there were no books, not even the sound or whisper of words; just a fine grit on which fell this fragrance of future flowers.

And dimly, in the foreground, far from Papatea in the distance, in the nearness, out of focus, coming into focus, something, not quite someone.

Something one could almost grasp, hold in one’s arms, share warmth with, almost.

And falling into small stones like the coral of my great-grandmother’s floor, like river stones arranged around her feet by a child, like scattered black boulders along the strand waiting, waiting always.

Then the mountains, long-lived family of islands. Older than us, older than our lines, of which we are a part, those mountains on which we wash, and are washed away from, clinging. We open our eyes to, and close our eyes on.

Then the mountains, long-lived family of islands. Older than us, older than our lines, of which we are a part, those mountains on which we wash, and are washed away from, clinging. We open our eyes to, and close our eyes on.

As we, or they, those two, I mean, those two ones met in a green field, a clearing in the forest, a clearing that moves from place to place. A girl walks from the trees into the field and picks up some dust.

And through the sugarcane a boy comes to her with a sugarcane flower on his ear.

We might have been like those two, those times before time began; a fragrance, dust, a red jet of fire standing, a field wandering. Who knows?

But for Papatea in the distance; so far away no one knew it was there; although we’d heard it was there.

And that was another fragrance.

A strange fragrance; the fragrance of Papatea, although we didn’t know its name then. So we called it Papatea, the white land, as distant as the sky.

Nameless or named, it fell like a dust among us.

Her brothers who would be taken by it didn’t know it then, they only knew its fragrance.

Her name was Fasiefu (which means piece of dust). Her parents named her after the first instance of the dust of Papatea coming to us in whispers and sickness.

She had a brother; his name was Maluapapatea, the Shade of Papatea, because during his life the shadow of Papatea began to fall on us.

Malu was his nickname. Fasi was her nickname. When Fasi was a girl, Malu was a small boy, a toddler she watched over while her mother was on the mountainside and her father was at sea.

When Malu was a small boy he saw his reflection in a pool of water filled with cockles in the black sloping rock that went into the green sea near their home.

The water was still. Looking at it, Malu saw his golden face, his wide black eyes, his long hair glowing red in the sun, but he did not know who he was looking at, and ran back up the sloping rock to their home in the trees.

Fasi was smoking a cigarette she got in a pack with a lighter from a sailor who saw Papatea and brought back cigarettes and lighters.

What is that? Malu asked. Your head is on fire.

She blew the smoke in Malu’s face and his eyes opened wide and black in the shade of the sugarcane leaves that thatched the roof.

Fasi shared the cigarette with Malu, the same one she had shared with the sailor from Papatea.

Malu went back to his reflection in the pool filled with cockles, the boy in the pool that he loved, and blew cigarette smoke on the water. But then he dropped the lighter in the water and his face, his head broke out into nine faces, nine heads, he became a kind of monster.

From the house, Fasi could see Malu coming toward her, a beast with nine heads, a monster. And all over his body grew cockles.

Soon there were more people in the forest than on the shore, the trees echoed with their wailing, their crying, and their sobs. Until they all were driven high into the green mountains and were changed into birds, forest pigeons, herons, and tropic birds.

And few of the people were left who returned to their homes between the mountains and the deep blue sea, including Fasi and her last remaining brother. All were gone, beautiful Malu, and all her other brothers and her parents. Scarred by the outbreak of cockles, Fasi and her last brother Mefi returned to the fishing and gathering and farming they knew.

Mefi was given his name by a sailor from Papatea, along with a mobile device with which he watched men from Papatea spreading the word.

Mefi came to feel it was his duty to serve Papatea as a warrior, to become a mercenary; that is what the mobile device showed him, and that gave him a kind of joy.

While fishing far at sea, he would see the bright white ships of Papatea pass gleamingly in the distance. And he would follow their shows on his mobile device that showed him that he could be a warrior for Papatea if he enlisted.

You know, he told his sister in the evening—You know, you can’t be seriously making flower garlands for demons?

Those, Mefi said, those sad spirits of the past.

Fasi ignored him, his face blue in the light of his mobile device, the breeze beneath the Milky Way shining on the white sandy floor.

In the morning Mefi saw a bright white ship from Papatea approaching him, and a voice from his mobile device asked him to sign on to a tour of duty in one of Papatea’s distant wars. And like many of the young surviving islanders he signed on and was taken away by the bright white ship never to return.

One day Fasi found herself all alone in her country, its fields, forests, green mountains, and shore and reefs were empty of the people.

Seeing her all alone, a passing ship from Papatea landed on the black sandy beach beneath her house, its translucent sails gleaming white onto the hillside.

Fasi fainted. Mister Papatea, as she would come to call him, gave her some medicine, because he was a doctor like that, everyone from Papatea was a kind of doctor, the complete scientist, logical to a fault.

Go eat all the goddesses and gods, Mister Papatea told her, show me. Show me.

So Fasi ate all the demons and spirits away, the sound of owls, the shimmer of moonlight and starlight, the songs of the sea; and all the spirits that were left fled into the sea where they stay to this day, rarely visiting a single tree on the shore.

And having rented and contracted out every square inch of home, Fasi left for Papatea with Mister Papatea and plenty of medicine.

While deep in the deep blue sea, the gods and goddesses of old waited for her return. 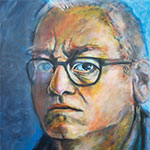 Dan Taulapapa McMullin is an artist and poet from American Samoa. His recent book of poems, Coconut Milk (University of Arizona Press, 2013), was on the American Library Association’s Rainbow List Top Ten Books of the Year. His current projects include Aue Away, an art installation commissioned by the American Museum of Natural History, New York, and 100 Tikis, an art appropriation video addressing the intersection of tiki kitsch and indigenous sovereignty.