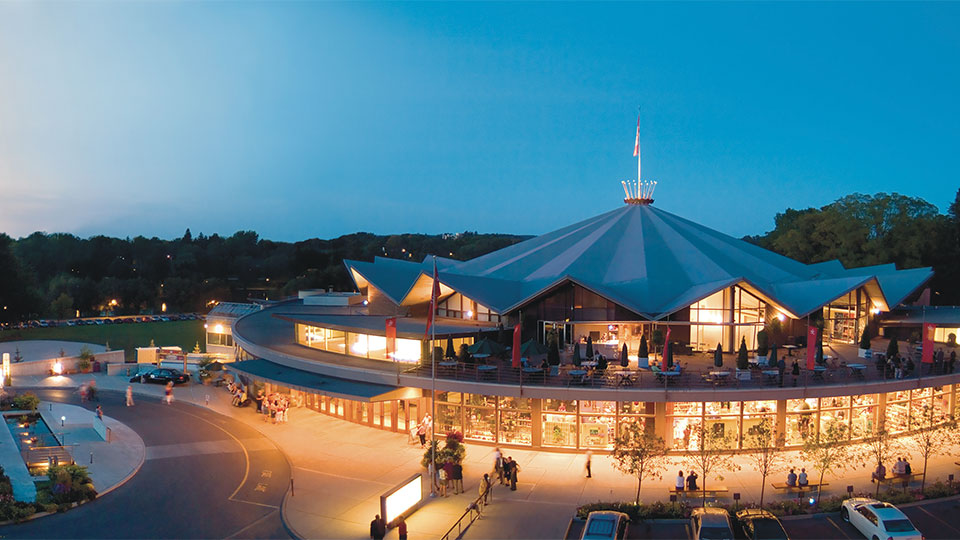 For half the year, the hamlet of Stratford, Ontario—named after the birthplace of William Shakespeare—is much like any other small North American town. But in April, the town’s atmosphere changes overnight. Lifeless buildings are suddenly transformed into theaters, production studios, and rehearsal halls. Through October, the quiet streets are full of cars and buses and the odd carriage ride. And every gift shop within the city limits is packed with tourists hoping to take a little of Shakespeare home with them.

Since its start in the summer of 1953, Stratford, Ontario, has become associated with some of the most notable Shakespeare productions in the modern era. Its inaugural performance of Richard III featured the talents of Alec Guinness and Irene Worth. The town’s high standard for actors has continued ever since. Now an internationally recognized event, people come from all over the world to take part in the Stratford Festival. Over the years, the productions in each season have varied—from Shakespeare, old classics, and new plays debuting for the first time—though there is always at least one production of the Bard’s work being performed.

The year I attended, not only did I get to see Twelfth Night or What You Will and Richard III but also classic greats such as The Grapes of Wrath and My Fair Lady (with the original Bernard Shaw ending replacing the modified one from the musical adaptation). One of the great things about the city’s productions of Shakespeare are the different ways they reimagine the settings and show how adaptable and relatable the stories are. For instance, Twelfth Night had a new twist: instead of sixteenth-century Illyria, the sets and costumes were reimagined in a fantastical steampunk style, adding to the light and comedic sense of the play. This year, on the 150th anniversary of Canada’s independence, the festival will be putting on iconic classics such as Guys and Dolls, Treasure Island, and Romeo and Juliet.

Stratford isn’t just about its plays, though. During the day the streets are lined with trees, pots overflowing with flowers, and an atmosphere of calm merrymaking by tourists and residents alike. Running around the city is the Avon River, which forms Lake Victoria with its classic Juliett III boat tours. For those wishing to take in the quaint atmosphere, there are also bikes for rent to explore the historic downtown area. When night falls the area becomes deserted, but only because everyone is hitting the local pubs to wind down. The main pub for the actors to hang out in—at least when I was there—was the Boar’s Head. Attached to the Queen’s Inn, the inside of the pub smells like an old library crossed with a 1920s speakeasy: old leather, older wood, musky cigar smoke, and just a touch of the good stuff. It’s a great place to pull up a stool at the bar, try your luck at a game of pool or darts, or find a small booth for reading.