The Late Arrival of the Native American Detective 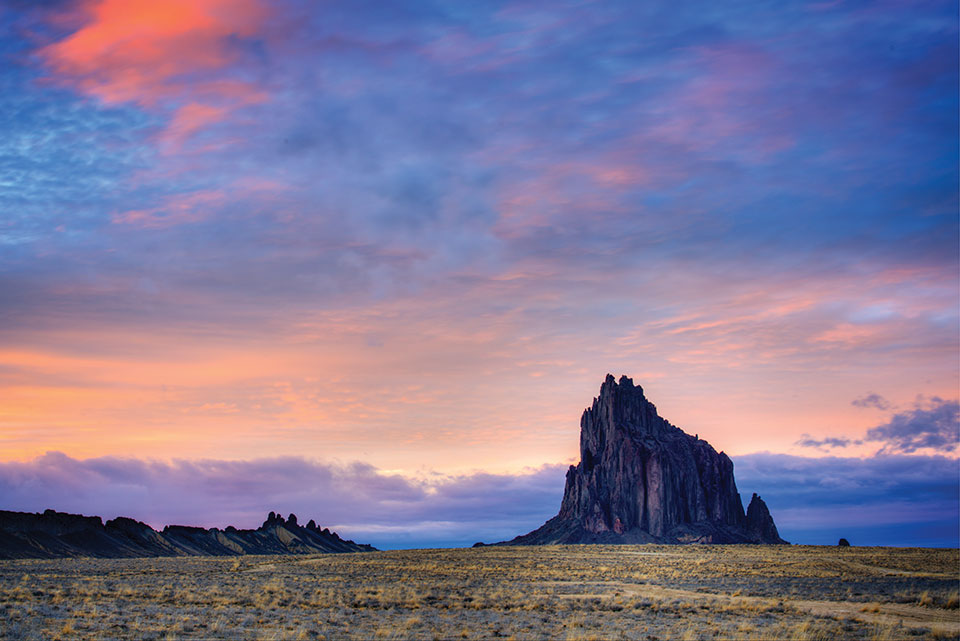 The indignities and brutalities suffered by ethnic and racial groups at the hands of others are legion on the unhappiest pages of human history. Not the least of these insults is, of course, stereotyping or exaggerating ethnic traits with the intended or unintended result of reducing the complexities of a culture to an entertaining caricature. At the most basic level, we all shape reality, and storytellers adapt their experience of the people around them, kneading characteristics one way or another like a sculptor working clay. In the process, an artist’s or writer’s intentions are more often than not marred by poor execution, simple misunderstanding, or a malicious wrongheadedness. Nineteenth- and twentieth-century writers who attempted to capture authentic folkways may have with sympathy and accuracy recorded the language of slaves, immigrants, and Native Americans, yet it did not take long for those stylings to become a means to dehumanize their subjects and ultimately to justify mistreatment. Individual character traits are generalized to a race or generalizations become lazy authors’ choices for character traits.

At the most basic level, we all shape reality, and storytellers adapt their experience of the people around them, kneading characteristics one way or another like a sculptor working clay.

The basic pattern of the mystery story as popularized by Edgar Allan Poe and Arthur Conan Doyle is amiably predictable—crime, investigation, revelation. So how were authors to make their stories distinctive? One of the solutions was novelty detectives. Chan is Hawaiian Chinese. Mr. Moto is Japanese. Father Brown is a priest. Sid Halley has lost his hand. Longstreet is blind. Others, like Sherlock Holmes, are larded with peculiar habits. Adrian Monk is obsessive-compulsive. Nero Wolfe never leaves his brownstone. Similar variations happened on television in the 1950s and 1960s, when westerns filled the airwaves with repetitive plots. Josh Randall carried a sawed-off rifle, Wyatt Earp his Buntline Special, Bat Masterson his derby and cane, Lucas McCain his fast-firing rifle, and Johnny Yuma wore a kepi. Ultimately, with Law of the Plainsman (1959–60), NBC gave us Native American sheriff Sam Buckhart, played by Michael Ansara, an actor born in Syria. One can easily imagine the production meeting: “Have I got a wild one, guys! An Indian sheriff!”

The commonness of this sort of bad-faith story cobbling is why it is surprising to me that the Native American detective seems to be a rather late invention in the mystery and really only becomes a distinctive item on bookstore shelves after Tony Hillerman’s The Blessing Way (1970) and Dance Hall of the Dead (1973), a multiple award winner. Exactly how unusual Native American mysteries were at that point can be gathered from what Hillerman often recounted: a publisher advised him that his mystery was good but that he needed to get rid of all that Indian stuff. Hillerman learned the craft and ethics of writing in the newspaper business, and he drew his fiction from his familiarity with Native American culture. As I reported in my 2008 article in World Literature Today, Hillerman had been a day student in a school for Native American girls in Oklahoma. For him, Native Americans were not exotic. After becoming a highly decorated combat veteran in World War II, he settled in New Mexico and became familiar with the cultures of the Navajo, Hopi, Zuni, and other southwestern tribes.

Hillerman was influenced by the novels of Arthur W. Upfield, an Australian who created a series of twenty-nine mysteries (from the late 1920s until his death in 1964) with a “half-caste” aboriginal detective, Napoleon “Bony” Bonaparte. When he created Joe Leaphorn and Jim Chee of the Navajo Tribal Police, he wanted them to solve cases as Bony did, based on their knowledge of the people and their land. Different tribes are often as different in nature as different nationalities, and privy to the private jokes and sacred beliefs of Native peoples, Hillerman knew about these differences and wanted them to be important in his stories. Hillerman sincerely cared about accurately representing his characters. Instead of novelty detectives or “cigar store Indians,” they became convincing representations of real people within their culture.

Popular success predictably breeds imitation, and the qualities that lead to that success often fall by the wayside in the quick attempt to capitalize on a “high concept.” It didn’t take long for novels to appear that exploited the concept of the Native American detective. In judging a novel competition in the 1990s, I encountered a blurb that said something like, “Just like Tony Hillerman, but with Apaches!” Or some other tribe. It hardly mattered. Just sprinkle on some Indian stuff. Cook up more of what Mark Twain called “Broken Twig” sagas with a mystery element and cash in. In so many of these knockoffs, the clichés trample over the reader like a herd of frightened buffalo. The universal fictional Injun appears: spiritual, possessed of supernatural insight and combat skills worthy of Batman, taciturn, in touch with nature in a way white men can never be, as prone to aphorisms as Charlie Chan, and, if elderly, wise—always wise. You know the guy: a Brooklyn actor channeling Chief Dan George.

After the death of Hillerman, many writers jumped into contention for his special position, some of them actually Native Americans. The leading seller of mysteries set in Indian Country is currently Margaret Coel, a Colorado historian who began her Wind River series in 1995 with The Eagle Catcher. On the Arapaho reservation in Wyoming are the sleuths Father John O’Malley and attorney Vicky Holden. Holden is Arapaho and left the reservation for a decade but has returned to help her people. Although set in the present day, Coel’s novels often are haunted by the dark history of the persecution of the Arapaho. Her twentieth novel in the series, Winter’s Child (2016), is intended to be the end of the series. A couple, Aimée and David Thurlo, published seventy-five novels together, including a seventeen-novel series built around a Navajo investigator named Ella Clah, but Aimée, a native of Cuba, passed away in 2014 and the series may not be continued. Thomas Perry has won many awards for his Jane Whitefield novels and is considered one of the better mystery novelists. A member of the Wolf clan of the Seneca tribe, Whitefield is a “guide” who helps people in danger disappear. Mardi Oakley Medawar is of North Carolina Cherokee background and has created a mystery/western series set in a Kiowa village in the 1800s and several novels set among the Crow. William Kent Krueger’s novels are also very popular and feature a half-Irish, half-Ojibwe detective named Cork O’Conor.

Frequently in Native American mysteries, it should be pointed out, the investigator is half Indian and half white. Is this common feature a fudge factor to avoid the accusation that the main character doesn’t convincingly think or act like a Native American? Hillerman always said he liked the way Indians think, but then, he knew more about that than the many other authors who jumped on his bandwagon. Of Cherokee, Choctaw, and Irish ancestry, eminent Steinbeck and Native American literature scholar Louis Owens also tried his hand at crime fiction with, among others, The Sharpest Sight (1992, which won the French Roman Noir award) and Nightland (1996, which won the American Book Award). Owens intentionally explored the questions of mixed race, creating crime solvers of mixed backgrounds, but did not create a series detective. Sadly, at age fifty-three, he ended his great talent as a scholar and novelist by his own hand in the Albuquerque airport in 2002.

As I said earlier, it is surprising to me how late the Native American detective, half or whole, novelty or sincere characterization, appears on the scene. When this happened first is a difficult and probably indeterminable fact, since many novels we would more likely classify as westerns might have a strong mystery element. Some point to the first Canadian detective novel called November Joe: Detective of the Woods (1913), by big-game hunter and Great War sniper H. Hesketh-Prichard. Since November Joe’s “Indianness” is meaningless to the story, several sources say that the earliest may be as late as The Disappearance of Archibald Forsyth, published in 1933, the same year that Tonto first began his adventures on radio with the Lone Ranger. If this is correct, consider how many other mysteries had been published and novelty detectives created between “The Murders in the Rue Morgue” (1841) and 1933. Eagels is the sleuth and, as the son of an Iroquois chief, is well educated. He works in London, consulting with Scotland Yard. He is taciturn and lighter-skinned, ruthless in going after the killer. In other words, he’s an exotic. There isn’t much that is Iroquois about him, except references to his “vanishing race” and the occasional Chan-like “Iroquois” aphorism. The most interesting thing about the novel is the author, Ian Henderson. Henderson was one of several pen names used by Oscar-nominated Canadian actor Alexander Knox, who later (under the pseudonym John Crozier) also published two mystery novels featuring a Native American detective called Falcon (not to be confused with “The Falcon,” played by Tom Conway) and a series of Canadian wilderness adventures. He also wrote plays and screenplays. Certainly an actor who can fill time between roles knocking off pulp novels—an actor who can write his own books at all—is rarer than an authentic Native American private eye. Did the man who was nominated for playing the lead role in Wilson (1944), who appeared in The Longest Day, Nicholas and Alexandra, These Are the Damned, Modesty Blaise, and dozens of other films (despite being blacklisted), also create the first fictional Native American detective? He’s a leading suspect, it seems.