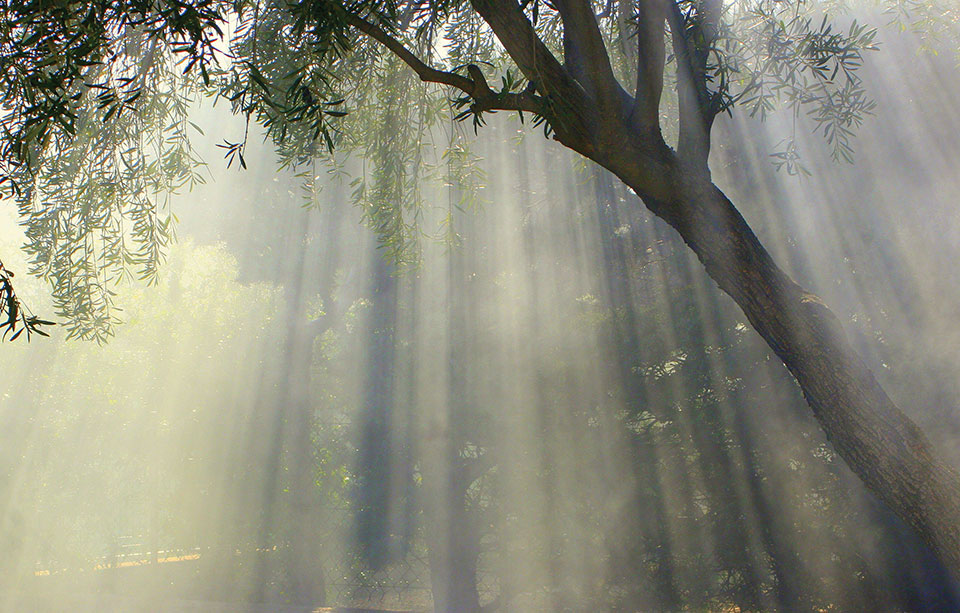 Impenetrable silence
burns in your eyes

Even speaking
you stay silent

Tell me – Who are you? When you speak in someone else’s language? Who are you when you seem to be waiting endlessly for the other, an other who resembles you, to authorize your existence? Only silence can answer.

Water seems neutral, I’m not talking about mineralized water, or water that’s been changed or blended; I’m talking about that infinity of molecules made of three atoms. H2O’s interminable architecture seems neutral and yet, in the subtle sequence of atom beside atom, a specific language is defined, carrying the memory of what had been. The most neutral-seeming chemical entity carries within its structure the most complex memory, complex because invisible, unsuspected.

Who are you? A complex structure of silences.

Something oscillates between a fierce desire for neutrality – that is to suppress everything that identifies instantly and impedes attention – and the urgent desire for provocation – who is one really provoking? – that is, to give a precise contour to my image, aid communication with landmarks – rebellious ones included – that seem comprehensible.

You speak French very well . . . are you an independent country after all?! . . . the language of the colonizer . . . an authentic poet of your region would write in Arabic . . . you’ve got to speak to the people . . . you are dubious and don’t represent the citizen lambda . . . all the Algerian writers live in Paris . . . you are trilingual illiterates . . . an Algerian novel is a novel whose French has a tan . . .

Something wavers from the start in the gaze of an Other, often accusing. The accusation is barely formulated, often it isn’t ill-intentioned, it’s finally a translation of looking through the wrong lens. Your vision is blurred but so what, you mean well, and besides, since we speak the same language . . .

Who are you? When fifty years from now you’re the descendant of Syrian refugees who arrived in Montreal and were welcomed with open arms? Who are you when you’ve come from the depths of the Mediterranean to beg the bread you lack in colonized Algeria? Whose is that hand that wrought the iron, born of the salt and the water of my land? I ask you to look in the lens of water that seems neutral to you.

My language is also born of all those anonymous hands shaping wrought iron, that is to say what has been, what moves, creates depth. Who within me hears the word Baobab? Between the little prince and the plains of Senegal, there is a winding road, a single footprint that creates contour and depth in my language. Yes, it has to do with understanding a word, but especially with its invisible, vibrating geography, the one that gives a language its real tempo, that breathes life into it.

The place does not imply everything, but it implies a magma of complexity that starts to free itself at the same instant its specificity is authorized. Become aware of the frame and you will set the work free.

My language is a constellation of poets, each one bringing his or her own meter. The desire for poetry gave birth to me at an age when you still don’t know what the colonizer’s language signifies.

I was born swiftly of an ancestry of Algerian poets, of the assassination of Algerian poets, and of the attempt by some to pay no attention to them, to dilute them in a mass with a formless surface. My language is the language of those rare markers, reference points that unceasingly push me to reject the tohu-bohu of the proscenium.

Genealogy, French as an Algerian language, my three mother tongues . . . I have had time to plough out several trails of answers, trying each time to go to the heart of my thought, to reply in the least cynical fashion to questions that hide others no doubt more difficult to assess.

Above all else, my languages release me without losing me.

Come from a millennial mountain village, even though I was born in Algiers, I can permit myself to be a deep-rooted olive tree, so deep-rooted that my branches don’t fear reaching out to the farthest regions. And you who have no millennial village? Root yourself in the wind, in the Atlantic, in the morning fog. Roots have an urgent need of different structures. The memory of your water is a root.

The hardest thing: to struggle beneath a gaze sure of its neutrality, its benevolence. A gaze that’s reassured to find olive trees and drums in your poems and paintings has a clear conscience; that ethnologist’s point of view in search of authenticity has its conscience eased. You, oscillating between honor and refusal, when do you hear your own interior view? When do you make your way through the underground of your shifting languages? How much have you been changed? And how much has the change itself dug your diverted roads, your resistance?

In the superimposed triangles of my languages, I listen to Chaâbi, African percussion, and my grandmother’s voice, I listen and dissolve them into memory’s invisible structure. Who does not listen to them attentively does not listen at all. I don’t force myself to speak of my olive tree, and I don’t forbid myself to speak of it either. Any more than I forbid myself Stravinsky.

Then who speaks for the ancestors? Today that’s the only question that matters to me. And who, besides what arrives in my own consciousness, speaks of what did not arrive for us? The complex memory of subterranean musics is the ancestors’ tenacious vibratory voice. They don’t ask if you come by way of Greek or Latin, their root has changed its structure. You’re the only one who can hear and understand part of what they pass on to you, your ear made of the distance of Elsewhere hears them.

I dig down into the poem thinking of these subterranean musics. Silence is a landscape and my ancestors know no borders.

Translation from the French
By Marilyn Hacker 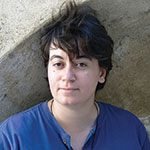 Samira Negrouche was born in Algiers where she still lives. She is a poet and translator, also a doctor, whose work crosses physical, linguistic, and artistic boundaries: she has frequently collaborated with visual artists and musicians, including the violinist Marianne Piketty, the theorbist Bruno Helstroffer, and the graphic artist Ali Silem. Poems of hers, in Marilyn Hacker’s translations, have appeared in journals including Banipal, Pleiades, upstreet, and PN Review. 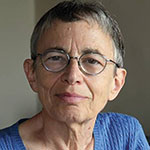 Marilyn Hacker is the author of thirteen books of poems, including A Stranger’s Mirror: New and Selected Poems, 1994–2014 (2015) and sixteen books of poetry translations from the French, most recently A Handful of Blue Earth, by Vénus Khoury-Ghata (2017).