In this coming-of-age tale with a dark twist, two brothers engage in a deathly game.

MY BROTHER LEMMY taught me how to die. I was then eight, and he eleven. We would go behind the barn, which is near Walter Raleigh Elementary, near a little stream that goes past some pastures with cows on it, and some shrubbery shielding us from view, and after I was done getting trampled by the cows, Lemmy would drown himself in the stream. Being the older brother, Lem always let me go first, except for the very first time, when he showed me that the whole thing was real and not some sicko practical joke. After I’d seen, I always went first, and never was Lem not there when I woke up again. He never left me unattended in my dying, and always was he there when I opened my eyes, looking down at me with brotherly worry and feeling for bark in my chest.

Lem came up with the game when he was nine, but he only showed me later when he had the rules pat down and knew what he was doing all the time. Still, he said, it pained him to see me dead there on the ground, even if only for those three or four minutes. He said they were the longest, interminable three or four minutes he’d known. Once, it took me almost a half hour. Fluke thing, but Lem was clean out of his mind, running back and forth, pulling his hair out in clumps.

When he was nine, Lem fell down the stairs something terrible, broke his neck right clean. Lucky Mom and Dad weren’t home, he said, or they would have caught a bad scare.

How long were you out? I asked.

I don’t know, dummy, he said. Time want on my mind.

Must have been long, I said, wondering.

Must have, he said.

And how long until the bark?

Why do you even call it bark?

What else you wanna call it, dummy.

I don’t know either.

I guess because it was brownish and sort of looked like bark, it was alright to call it bark, though it felt like something else. Like cork, maybe.

My first death, then, was by hanging, because the weather was nice, and it was fast and only took jumping from a rickety chair we put underneath a tree. The chair we scraped from the barn, the tree was an old oak, crooked and knobbly.

My first death, then, was by hanging, because the weather was nice, and it was fast and only took jumping from a rickety chair we put underneath a tree.

I can’t believe it, I said afterward, massaging my neck.

I can’t believe it, said I.

Lem wonked me in the back of the head, but we were both laughing so hard I wasn’t mad at him. Hurt like a mother, though, next morning.

I waited for the bark all next day, and the day after, but none appeared.

Strange, I repeated. Maybe I did sumpin wrong.

You can’t be doing anything wrong, dummy. Not with this. You wake up, you did fine. Just wait, it’ll come.

And it did, though not in the same way that it happened to Lem. With Lem, it was just there, no questions asked. In my case, there were birthing pains or something. It started during US history. Roanoke and the missing settlers. I’ll always remember. This itch started up, only it wasn’t like a real itch, which is on the skin. This was deeper, but also like it might not be there at all. Might I be going crazy? I wondered.

Should I run to Doctor Burton’s? I asked Lem, sort of worried.

He did this thing he does, where you think he had a stroke or something, but he’s only laughing, silently.

This is it, Danny, he cried.

What’s what? I asked, bewildered but happy that he’d used, for the first time in what felt like several years, or ever, my name, instead of calling me dummy, or dunce, or idiot.

You’ve done it, he said now.

I don’t get it. Do I got the measles?

No, you don’t got the measles, dummy. You got bark.

But I didn’t want to. Not like this. Not here, and not with Lem watching, in case I was making a fool out of myself and there wasn’t anything there at all.

Ok, ok, said Lem. Suit yourself. See you at home.

And off he went, back to class.

I was late, too, but couldn’t resist. The second he was gone, I was groping underneath my shirt for the telltale feel of the bark. At first, I found nothing, but then, almost giving up, I gave out a tiny whoop of joy.

It was the tiniest piece, and if you didn’t know what to look for, you’d have missed it. But I knew. With a grin, I walked back to Mrs. Johnson’s class, taking in stride the scolding and the threat to call my parents, should it happen again.

We had a little celebration that day, just Lem and I. We couldn’t very well tell anyone, but even so, it was the biggest day of my life.

We had a little celebration that day, just Lem and I. We couldn’t very well tell anyone, but even so, it was the biggest day of my life.

From now on, said Lem, we’ll up the ante. You die once a week.

Ok, I said, and alright.

I knew that Lem died at least once every day, often when I wasn’t around. But once a week was totally fine with me. Lem knew best, and I trusted him with my life. His bark was almost a half inch across, by that time, while mine, naturally, still in its infancy, was taking ages to grow, not only because I was dying at a slower rate than Lem, but also, perhaps, because he was taking bigger risks and dying more crassly than I was allowed. Once I walked in on him running a dagger through his neck, in his room, and quickly shut the door again, wondering if my brother wasn’t, in fact, losing control of the whole thing.

What if Dad had seen you? I asked him later.

But what if he did.

Promise me you’ll never die without me there.

I promised, and except for one time, I was being a good little brother all the time. That one time, I was feeling reckless. The sun was out, and I was all buoyed up, having stolen a kiss at school from Beverly Brown earlier that morning.

I’d always been deathly afraid of the Munsters’ Rottweiler, whose name was Klaus. The Munsters had this joke of a fence that was only a few inches or so high, and word on the schoolyard was the dog once jumped it and bit an old lady to death. Ever since, I walked by it with wobbly knees, never letting Klaus out of my sight.

That morning, however, feeling like a champ, I jumped the fence and lay down on the grass, closing my eyes as Klaus shot round the corner. I offered him my jugular, but he was off his game or something that morning. Only gnawed at me a bit, and the gallons of drool running down on my face like some sticky goo from hell so grossed me out that I couldn’t go through with it.

When I told Lem, he didn’t speak to me for a week.

What I tell you? he asked.

What I tell you, dummy.

A few days later he softened up again, and to show me I wasn’t just some little kid he could boss around, we did a tandem jump off the utility pole, by the railroad tracks.

I had my favorites, by then—a soft spot for hanging, in particular, maybe because my first death had been by hanging and I still cherished the memory of that, the beginning of our little game. Jumping, too, was a rush, and drowning. Basically everything that was quick and easy. I guess you could say I was lazy, that I didn’t want to work too hard at dying. Lem was worried, too, and no week went by when he didn’t lecture me on it, how the act of dying was not the point, and not to be enjoyed, that it was sick to do it for pleasure. The important thing was the bark, he said, and nothing but the bark. I suppose that was the reason why he was so hard on himself, why he picked worse and worse ways to die, to remind himself that it wasn’t for joy and recreation, and that suffering made the bark grow faster. Once, he had me bash his head in with a brick, which I completely refused, and later only did after he wouldn’t get off my case.

I guess you could say I was lazy, that I didn’t want to work too hard at dying.

Hey, thanks, he said, afterward.

No, really. That took some guts.

Proud of you, Danny.

I enjoyed fooling around with the bark. I liked the ballooning feeling it gave me in my chest, how when I concentrated and held my breath a certain way and half- closed my eyes at the same time, I could sense how deep down the roots of the bark went, how what was visible on the outside was only the smallest part and when everything was just right it expanded and expanded and did a funny, tingling thing with my spine.

We were sitting on the ground, behind the barn, with our shirts off so the bark could get some sun.

It’s trying to make a circle, I said, looking at Lem’s bark, which was almost completely round, with only a few pieces missing.

I felt a crushing sadness, about how the game was about to end, and how I’d have to continue all on my own.

What’s after? I asked.

Lem turned around, and the sun caught his bark just right or there was some other trickery of the light, I don’t know, but it seemed, for a moment, that the bark had consumed him whole, that he was no longer human but a bark man, and not only him, but the ground, too, and the clouds above, tiny and lumpen, and even the sun, sending out rays of bark.

No more dying, Lem said, eyes sparkling. Something else. 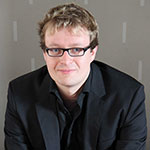