The Time of Climate 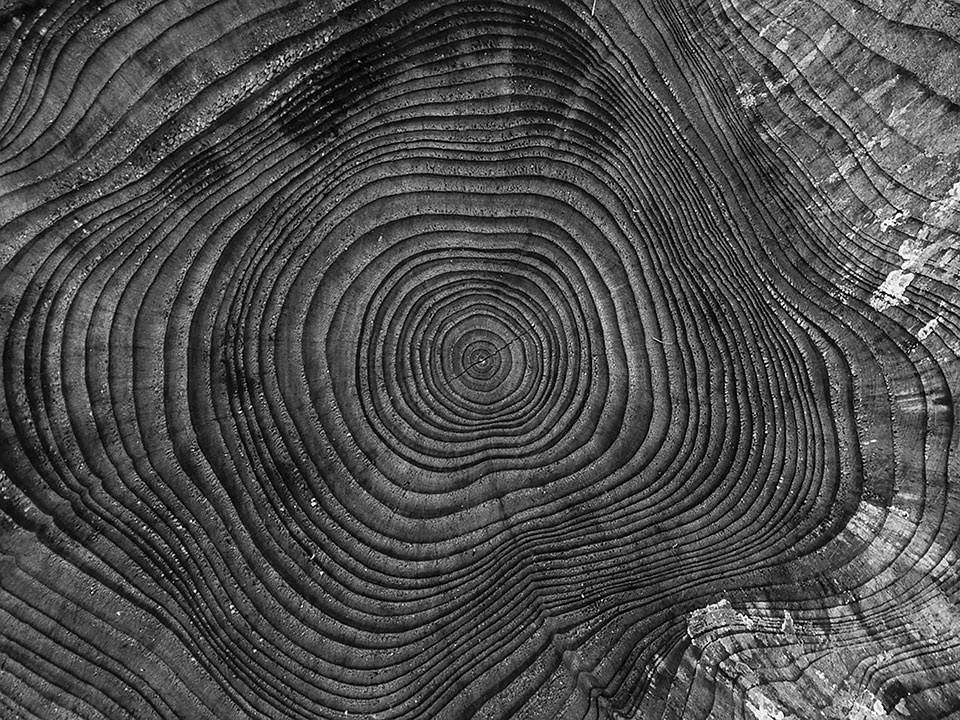 There was a time, a certain weather
where the butterflies danced
paused on the grass to rest
and hear the song of the wind echo.

There was a time, an ardent weather
when the sun shone more strongly
brightened the path with peace and
goodness
the fruit ripened
and no one was harmed.

There was a time, a wide weather,
when the earth in her splendor
nourished the world with happiness
and love
plants sprang up from her
she had respect and value.

There was a time, a brilliant weather
when the moon would transform into Naiá
and the sun would hide so this lady would
shine
in the shadowed night she would call the
enchanted ones
protectors of the forest, river, and sea.

But man, son of the earth,
who was shaped from her,
enslaved to arrogance,
money, a sin,
dried up the river, slashed the earth,
changed everything.

He frightened the animals,
deceived the enchanted ones,
dragged out the grand samaúma tree
and the birds, driven to despair,
searched for a dwelling
but saw only open country.

The sun turned furious,
burned the skin.
The saddened moon
hid in an eclipse.

The water didn’t feel sorry
for the one who’d forgotten her
she stopped running
and, blocked by a hydroelectric dam,
quickly slowed and grew old.

Human intelligence
didn’t cease its attacks,
and burning and razing the forest
even affected the air
breathing is a problem
the smoke won’t stop.

The weather, the climate was altered,
my river changed course,
my land that I’d cultivated dried up in
summer
I even lost my tobacco plants for
purification
the village saw no more fish –
where is the pirabutão?

The cassava wouldn’t lay down roots,
my village became a dried-up sertão
the spring I drank from
was left a memory.

I smell the odor of pollution
poisoning the nation.
To help the climate
we need a certain time and weather
only the ancient elder
can control the machine of destruction.

Translation from the Portuguese

IN BRAZIL, INDIGENOUS WRITERS tend not to foreground the concept of global climate, or even the environment, as a separate category. Instead, they write about nature and culture as woven together, describing their spiritual vision of earth and ancestry (antithetical to nonindigenous extractivism) as well as indigenous rights—the protection of which is essential to the protection of their forest homelands. Brazilian indigenous writings don’t fit neatly into US/European formulations of climate and environment. I believe for this reason that they’re essential for broadening conceptions of possible solutions, which would include acting as allies for peoples on the most vulnerable edges of extraction and integrating urgent issues of cultural survival into any climate discussion. In a utilitarian perspective, Brazilian forests produce “environmental services” for the globe in the form of carbon sequestration. Brazilian indigenous peoples are guardians of the forest as they protect their preserves at a rate exponentially higher than neighboring areas that are logged, mined, and burned for agribusiness—so they’re vital to climate regulation. If we value their climate contributions, we should support their political struggles for cultural and territorial continuance (for starters, such indigenous-led organizations as COAIB, APIB, and COICA).

In the poem featured here, Márcia Wayna Kambeba makes use of the fact that in Portuguese, tempo can mean both “time” and “weather” and that clima means both “weather” and “climate.” She uses these flexible meanings to convey how actions in her Amazonian home that affect local weather, obstructing ancient cultural practices, are connected to the wider climate. The poem also implies that the problem of climate will only be solved by a return to ancient knowledge, a way of relating to an earth animated by enchanted spirits, and a set of cultural practices that indigenous elders possess.

Kambeba writes mostly in Portuguese, but she embeds Tupi words purposefully and consciously. She is aware that her nonindigenous readers would not understand many of these Tupi words, but her choice seems to be to challenge readers to come to face indigenous culture via indigenous languages. I asked Kambeba about why she uses Tupi rather than her own language. She explained that the Kambeba language is in the Tupi-Guarani linguistic family. Rather than use Kambeba terms, which only indigenous people of her small ethnic group would know, she chooses to use Tupi words so that tens of thousands of indigenous peoples will be able to understand her and feel united in a common identity through the poetic performances she gives.

The United Nations has designated 2019 as the International Year of Indigenous Languages.

Translator’s note: Naiá is an indigenous woman who fell in love with the moon. The pirabutão is a common name for the flat-whiskered catfish, or Pinirampus pirinampu, found in the Amazon, Essequibo, Orinoco, and Paraná basins. Though translators usually convert gendered pronouns in Romance languages into gender-neutral pronouns, I decided to retain them to reflect that Kambeba is describing an indigenous cosmology in which elements such as water and the moon are personified.

Read an interview with Kambeba conducted by Tiffany Huggins exclusive to the digital edition of this issue of WLT. 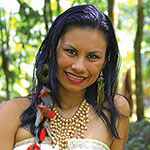 Márcia Kambeba, of the Omágua/Kambeba indigenous people in Brazil, is the author of Ay kakyri Tama – Eu moro na cidade (2013). She’s a writer, composer, poet, activist, photographer, performer, and public speaker on indigenous and Amazonian subjects. With a master’s degree in geography, she offers workshops and storytelling throughout Brazil and abroad. 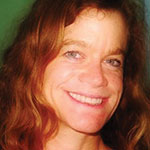 Tiffany Higgins is a poet, translator, and writer on the environment and Brazil. Her writing appears in Granta, Guernica, Poetry, and elsewhere.