There was once a beautiful little bear called Baby Bear. One day, Baby Bear went for a walk in the wild woods with her parents, Mama Bear and Papa Bear. After a long stroll, the family looked forward to returning to their cozy home where three bowls of sweet and delicious porridge awaited. Baby Bear skipped happily as she thought about eating porridge with her parents in their three comfortable chairs before relaxing and napping in their three new made-to-fit beds.

The above is the first paragraph of Three Bears and Goldilocks, a story that I’ll tell interspersed in paragraphs throughout this essay. You might notice that there is something off-kilter both in the title and above paragraph. That is because it is an inversion of the original fairy tale, Goldilocks and the Three Bears, where Goldilocks is the subject of the story. In my retelling, it is instead the three bears and specifically Baby Bear who occupies the position of subject.

Subjecthood is a central motivation in my instrumentalizing the fairy tale because subjecthood, or lack of it, is pivotal to discussions about decolonization, which is the principal theme of this essay.

Grounded in the work of such thinkers as Frantz Fanon, Edward Said, and Gayatri Spivak, “the colonized subject” is, for example, a frequently employed expression in postcolonial studies and successional discourses. However, at least at surface, “the colonial subjecthood” expression betrays the agonizing truth that the categorical deprivation of those who are colonized is subjecthood. To be colonized is precisely to have your subjecthood compromised through various means.

To be colonized is precisely to have your subjecthood compromised through various means.

The writer W. E. B. Du Bois referred to this debilitated position of personhood as “double consciousness” when speaking of the consequences of racial apartheid for Black Americans. He wrote that double consciousness is “a sense of always looking at oneself through the eyes of others, of measuring one’s soul by the tape of a world that looks on in amused contempt and pity.”

As the three bears neared their home, Baby Bear suddenly froze. She stopped hopping around and turned to look back at her parents, whose pace had also slowed down upon noticing that their kitchen windows were wide open. “That’s strange,” Baby Bear said. “Yes, it’s very strange,” Mama Bear replied; “I specifically remember leaving the windows only an inch open, to air the house.”

Colonization is never “simply” land theft and occupation. In order to create the position of “precarious subjecthood” that is necessary for colonial enterprises, the colonizer must assume control of the interiority of the colonized. He must enter those chambers of the soul where power and agency are bolstered and transmogrify them into a space of bewilderment and mistrust.

The colonizer must enter those chambers of the soul where power and agency are bolstered and transmogrify them into a space of bewilderment and mistrust.

The Tulsa Race Massacre of 1921, when organized mobs went on rampages killing African Americans and destroying and looting their homes, is an example of the monstrous pattern of creating precarity in both the interiority of a body politic and their external environment in order to create an atmosphere of fear and submission.

By colonization, I am thus referring both to the occupation of land and the corresponding manipulation of the mind where the ultimate goal is the monopolization of power, agency, and selfhood. The colonizer therefore appears in many roles: as the settler, the patriarch, the exploitative capitalist, etc.

As they entered their home, Baby Bear and her parents found that their porridge was eaten, their comfortable chairs were broken, and then in their bedroom, they found a little girl sleeping in Baby Bear’s new made-to-fit bed.

Who was she? Was it she who had eaten their food and broken their furniture? And why?

She was a little girl called Goldilocks, who lived at the other side of the town and had been sent on an errand by her mother, passed by the bears’ house, and looked in through the window. Then, seeing how cozy and resourceful it looked, she lifted the window latch and snuck in.

Baby Bear noticed that her bed was broken and burst into tears. Her sobbing woke the girl up. Visibly frightened by seeing the three bears, Goldilocks screamed, “What are you doing here?”

It is perturbing that while the colonized people of the world are forced to engage with decolonization, people of white Western heritage are absolved of the arduous work that decolonization involves. You would almost think that the subconscious of white selfhood is free of the burdens of history. This is acutely false. The truth is that if brown and black people must grapple with the individual and collective ramifications of “precarious subjecthood,” then white people need to wrestle with what we can call the “Goldilocks syndrome”: a condition causing ostensibly compulsive and unnecessary injury to the interiority and exteriority of others’ realities while systematizing a position of automatic vindication and worse, reverse victimhood.

Sooner than Baby Bear could reply that it was she—Goldilocks—who was the intruder rather than the other way around, Goldilocks got out of the bed, put her shoes on, and pushed Baby Bear to the side before running away in panic.

Stunned at what had taken place, the three bears were left with a multitude of questions. Had they been naïve to leave their home unprotected? If so, why had they been naïve? Was this all partly their fault? And would Goldilocks return to do more damage? They would never see the girl again, but the specter of her actions would unsettle them for years to come.

In the story of decolonization, the prefix de plays a small and innocent-seeming role. When combined with a verb, de typically means to undo or reverse an action: to decaffeinate, defrost, deindustrialize, dethrone, demythologize, detoxify, and so on all connote a reversal, a backpedaling.

What is possible, however, is to aim toward transforming “precarious subjecthood” into a sense of “assured selfhood.” This is by no means a straightforward task, but by naming it, it is made simpler. To quote from a 1975 speech Toni Morrison gave at Portland State University:

No one, of any race or gender, can trust a system that is discriminatory even if they themselves are spared from the inequity.

It may not seem essential, but tackling the “Goldilocks syndrome” in a shared “glocalized” ecosystem is critical. No one, of any race or gender, can trust a system that is discriminatory even if they themselves are spared from the inequity.

When the underlying structure is unjust, then the society produced is vulgar. The place of light and love is in rebuilding together in the spirit of conscientiousness and collective intentionality. 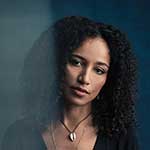 Minna Salami is the author of the internationally acclaimed book Sensuous Knowledge: A Black Feminist Approach for Everyone (2020). Translated into five languages, Sensuous Knowledge has been called “intellectual soul food” (Bernardine Evaristo), “vital” (Chris Abani), and a “metaphysical journey into the genius the West hasn’t given language to” (Johny Pitts). Salami has written for the Guardian, Al Jazeera, El País, and is a columnist for Esperanto magazine.