THE PEOPLE IN DIAA JUBAILI’S STORIES have a confounding habit of turning themselves into other things: a eucalyptus tree, a dung beetle, a lighthouse, a butterfly, or even water. These stories—from his flash-fiction collection, No Windmills in Basra—read at times like modern folktales or urban legends, presenting the reader with inexplicable, even magical, events, even as they foreground the violence and war that have overshadowed Iraqis’ daily lives over the past several decades. It’s what first drew me to Jubaili’s work.

His story “The Hat Stand” demonstrates this blend of fairytale metamorphosis and grim reality perfectly: the protagonist, ‘Ubayd, has become the neighborhood scapegoat, blamed for everything bad, from broken streetlights to the US occupation and Iraq’s burgeoning civil war. When rumors fly about a vicious testicle-eating creature at large in the city, ‘Ubayd’s neighbors, like the torch-wielding mob in Frankenstein, descend on his apartment to kill him once and for all. Having already served as a metaphorical hat stand on which they can hang all their problems, he transforms into an actual hat stand, which conveniently saves him from the clutches of his pursuers, who now focus their attention elsewhere.

I first came across this collection in December 2018, not long after it won the Almultaqa Prize, a relatively new award specifically for Arabic short-story collections. I was on a work trip to Abu Dhabi, and as on other occasions, I took advantage of access to brick-and-mortar Arabic-language bookstores to buy a pile of books and stuff them in my suitcase. I hadn’t read flash fiction in Arabic before, but I was struck by Jubaili’s stories, which ended with a dark twist and a surprise emotional wallop.

It wasn’t until the late spring of 2020—still early on in the Covid pandemic, which now seems like eons ago—that I turned to the idea of translating the book. I naïvely thought these stories would be straightforward to work on. But, as I should have known, there is no such thing as an “easy translation”: every literary text reveals its challenges only after you’ve started working on it. In this case, the compactness of the flash-fiction genre makes it closer to poetry than to short stories: every word has to cohere and drive the reader seamlessly toward the final line.

There is no such thing as an “easy translation”: every literary text reveals its challenges only after you’ve started working on it.

Even more challenging from a translator’s perspective, many of the pieces in No Windmills in Basra hinge on a pun in Arabic. One story, for example, turns on the word mismar (meaning both a carpenter’s nail and a skin tag) and its close relation mismari (referring to cuneiform script) for its central motif—a neat vocabulary overlap that English can’t replicate. Other pieces offer even trickier conundrums outside an Iraqi context: in the story “A Hundred Laylas and One Wolf,” some alert English readers may catch Jubaili’s allusion to the popular Majnun and Layla legend, but far fewer will realize that “Layla” is also the name used in Arabic for Little Red Riding Hood without some translatorial handholding.

While working on “The Hat Stand,” I began thinking about the story as a metaphor for translation itself. Like a man becoming a lighthouse or a woman turning into water, translation is always an act of metamorphosis. At the same time, I have often felt the impulse to become as unobtrusive as ‘Ubayd, to adopt the “invisibility” that can’t (and shouldn’t) always be the goal of translation. But unlike ‘Ubayd, I have to confront the text and make decisions. As a translator, I don’t have the option of turning myself into a hat stand.

Read Rossetti’s translation of Diaa Jubaili’s “The Hat Stand,” from this issue. 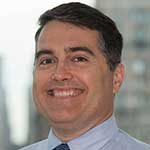 Chip Rossetti has a doctorate in modern Arabic literature from the University of Pennsylvania. His published translations include Beirut, Beirut, by Sonallah Ibrahim; Metro: A Story of Cairo, by Magdy El Shafee; and Utopia, by Ahmed Khaled Towfik. He is currently editorial director for the Library of Arabic Literature at NYU Press.