South Asian Literature in Translation: A Preview of Notable 2021 Titles

SOUTH ASIA—which, per the South Asian Association for Regional Cooperation definition, includes India, Pakistan, Bangladesh, Sri Lanka, Afghanistan, Nepal, Bhutan, and the Maldives—is the most linguistically diverse region with more than 650 individual languages across six major language families: Indo-Aryan, Dravidian, Austro-Asiatic, Tibeto-Burman, Tai-Kadai, and Great Andamanese. That figure does not include the many language isolates or dialects that are impossible to fully account for. Over the last decade or so, we’ve had a profusion of literary translations from many of these languages into English. While this has amply proved that some of the best literature from the subcontinent has been and continues to be written in non-English languages, there is a lack of global visibility and, indeed, demand for these works. Below is a small selection of notable 2021 books in English translation—as highlighted by their publishers—from Assamese, Gujarati, Marathi, and Tamil. While most will be initially released first in India, several will also be published in the US and the UK. 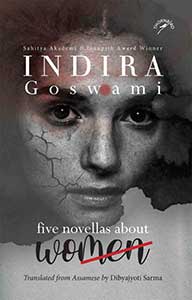 These impactful narratives, translated from the Assamese, depict the lives of the rural poor, the circumstances of widows, the plight of the urban underclass, and the various social constraints under which such people are forced to live. The deft use of language, striking imagery, and strong characters are hallmarks of Indira Goswami’s writing. 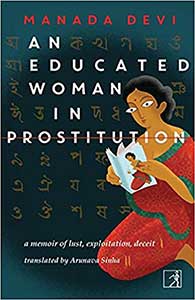 An Educated Woman in Prostitution: A Memoir of Lust, Exploitation, Deceit

The 1920 Bengali classic Shikshita Patitar Atmacharit is Manada Devi’s life story. During her time, she became one of Bengal’s most powerful women. The book, translated from the Assamese, covers her upper-middle-class Calcutta roots, elopement with her lover at a young age, abandonment on getting pregnant, seeking refuge in a brothel, and more. 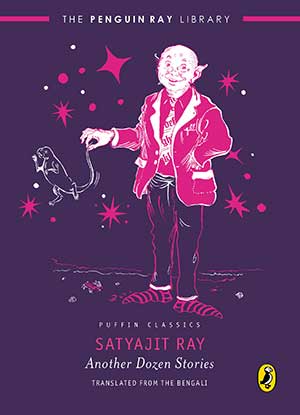 Translated by the noted translator Indrani Majumdar, this is a tribute to Ray’s literary genius and to his centenary birth anniversary in 2021. It features an extraordinary group of characters across twelve hair-raising stories. 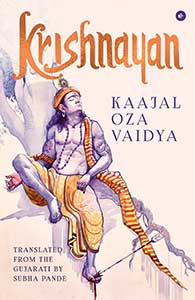 Krishnayan is Gujarati literature’s biggest best-seller, having sold over two hundred thousand copies. The story starts when Krishna is injured by Jara’s arrow, per Hindu mythology, and chronicles Krishna’s last moments on earth. The most important women in his life—Radha, Rukmini, Satyabhama, and Draupadi—appear before him. The novel delves into their relationships with Krishna and what they meant to him.

Pachpan Khambhe Laal Deewaarein was originally written by Usha Priyamvada in Hindi and translated by Daisy Rockwell. An iconic work of modern Hindi fiction, the book depicts the emotional life and struggles of a single woman in Delhi in the 1960s through Sushma, the protagonist.

This memoir is a powerful first-person account of mental illness. Jerry Pinto, as the translator, delves into the subject of mental illness as he did with his highly acclaimed Em and the Big Hoom, which drew profoundly on his family’s struggles with his mother’s bipolar disorder.

A novel that set the Hindi literary world talking, this is a whodunit, a political thriller, and a fable woven from contemporary factual events. A late-night phone call from a forgotten ex-girlfriend forces a writer, Arjun Kumar, to leave his wife and home in Delhi. The reason: the ex’s husband, Rafique Neel, a college professor and theater director, has mysteriously disappeared. When Arjun reaches the mofussil town of Noma on the border of Uttar Pradesh and Bihar, things are not as they seem, and what he discovers about the disappearance—and a so-called “love jihad”—endangers him and everyone around him.

Where Silence Once Reigned

From one of the finest Hindi writers of our times, this is the story of a group of children who discover a forest where sound has long ceased to be. They call out to each other but can’t be heard. It’s a novel of profound beauty, deftly translated.

This Life at Play: A Memoir

Girish Karnad was an accomplished actor in theater and film, a pathbreaking director, a clear-headed and erudite thinker on matters both literary and cultural, a public intellectual with an unwavering moral compass who was unafraid of engaging with the most crucial political debates of our times, and, above all, a gifted playwright of his generation. His memoirs—first published in Kannada in 2011—were to be translated into English by Karnad himself, but he could only finish part of it. The translation has now been completed by award-winning translator Srinath Perur.

The Lesbian Cow and Other Stories

Indu Menon is considered a successor to Kamala Das due to a similar insouciance and liberal, progressive outlook. Where she parts ways is how—perhaps in keeping with a bolder social milieu than Kamala Das lived in—she uses raw images and bolder language that verge on the shocking. She also departs from Das in the way that her characters develop avenging spirits which allow no one an easy pass—neither the perpetrators nor the readers.

Shihabudheen Poythumkadavu has written over twenty books including novellas, story collections, essays, and memoirs. In Devika’s own words: “His stories are sometimes realistic, sometimes terrifyingly not, and the latter can sometimes pierce right through the former. His world is full of animals and all kinds of inversions and crossings between the human and nonhuman universes.”

A masterpiece of contemporary Malayalam literature, this is from the award-winning writer of Diary of a Malayali Madman and the award-winning translator Jayasree Kalathil. A journalist goes to Theeyoor—“the land of fire”—to investigate the unnaturally large number of suicides and disappearances in the city. After completing this project, Theeyoor refuses to leave his consciousness, and he decides to write its history using various sources and his own imaginings. 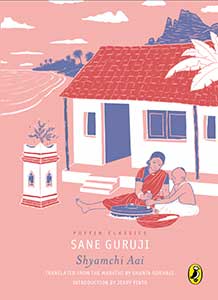 Pandurang Sadashiv Sane, known as Sane Guruji to his students and followers, was a Marathi author, teacher, social activist, and freedom fighter. This seminal Marathi classic is a poignant account of a life of poverty, hard work, sacrifice, and love for one’s mother. Writer and translator Shanta Gokhale is a winner of the Tata Literature Live! Lifetime Achievement Award.

Published in 1939, this tragic love story is set when the world was on the brink of World War II. Herta, a Jew rejected for her race in Hitler’s Germany, and Chakradhar Vidhwans, a Marathi man insulted for his skin color, fall in love but cannot be together.

A moving portrait of an often misunderstood braveheart, Vishwas Patil’s Sambhaji sold over one hundred thousand copies in Marathi. Cinematic and ambitious in scope, it is a keenly researched and splendidly executed period drama about one man’s struggle to preserve his father’s legacy and of the price extracted by the throne and the homeland.

My Life and Struggle: Autobiography of Abdul Ghaffar Khan

Translated for the first time from Pashto into English, this is a rich account of a life devoted to the service of the people. Known as Frontier Gandhi, Khan was a key figure during the freedom movement and a proponent of nonviolent politics.

From the Murty Classical Library collection, this Prakrit romance, Lilavai, is an early ninth-century poem attributed to Kouhala and set in modern-day coastal Andhra Pradesh. It is the most celebrated work in its genre. Complexly narrated in the alternating voices of its heroines and heroes and featuring a cast of semidivine and magical beings, it centers on three young women: Lilavai, princess of Sinhala (today’s Sri Lanka); her cousin, Mahanumai, princess of the mythical city Alaka; and Kuvalaavali, Mahanumai’s adopted sister.

Amrita Pritam’s Pinjar, written in 1950, remains her most notable and radical work. It was the first to look at Partition and its aftermath through a woman’s point of view. A Hindu woman is abducted by a Muslim man. Her family refuses to accept her when she escapes and returns. An earlier English translation was done by the award-winning writer and translator Khushwant Singh. 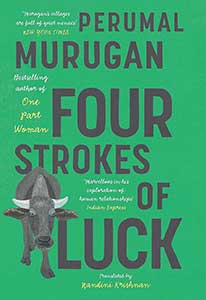 From one of India’s most acclaimed and beloved modern writers, this is a collection translated from the Tamil that will delight every admirer of Perumal Murugan and introduce new readers to his hallmark empathy, humanity, and humor. These stories of lives on the margins, of loners and outcasts seeking meaning and happiness, are tender, heartbreaking, and always surprising.

First published in 1885 as Bazm-i Aakhir (The last assembly), this is a rich and lively account of life in the royal court of the last Mughal emperor in Red Fort, Bahadur Shah Zafar. From meticulous details of the day-to-day happenings inside the fort-palace and royal protocols to the celebration of festivals, it gives us glimpses of early nineteenth-century Delhi. 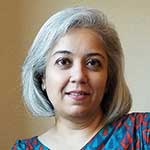 Jenny Bhatt is a writer, literary translator, book critic, and the host of the Desi Books podcast. Her story collection, Each of Us Killers, was out in the US in September 2020, and her literary translation, Ratno Dholi: The Best Stories of Dhumketu, appeared in India in October 2020. She lives in the Dallas, Texas, area and teaches fiction at Writing Workshops Dallas.