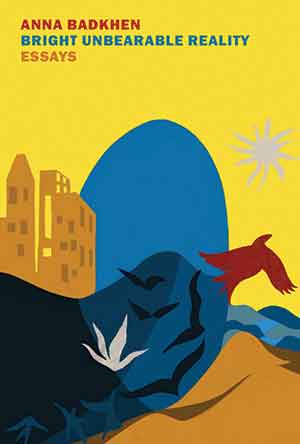 Bright Unbearable Reality is a book of micro and macro scales: piscine, tidal, musical, temporal, geological. In her seventh book of nonfiction, Anna Badkhen offers readers eleven essays that range geographically from East to West Africa, south Texas to northern Afghanistan, Soviet Russia to the Sahara, Philly to Tulsa to Guachochi, Mexico. Perhaps paradoxically, that geographical expanse seems less encompassing than the timescales she assays in trying to understand the “moral dislocation” implicated in the human mass migrations of the early twenty-first century—dislocations viewed against the backdrop of ancestral narratives and historical palimpsests through which, like layers of sediment, we might glimpse the earliest agon of human journeying: “each footstep is a fall arrested,” she writes, “each signifies both a departure and an arrival.” Such four-dimensional mapping is one of the many delights of the book.

Settlement, here, most often necessitates the violent displacement of the Other, most often “fueled by colonial addictions”; as research about the Anthropocene makes increasingly clear, the legacies of extractive colonial violence continue to devastate entire populations, both human and nonhuman. Such displacement accounts for much of the “unbearable” heaviness of human existence alluded to in the title.

Like other writers featured in this issue dedicated to bearing witness, Badkhen urges us to be unflinching in our own gaze, circumscribing both “the unfathomable wickedness of man” as well as “the benediction of being human.” Toward the end of her essay “Dark Matter,” she writes: “Why do we keep wanting to call something by another’s name? Why refuse to address head-on the two experiences that pinnacle our humanness, violence and astonishment, why find circuitous ways to describe them; why not behold and marvel at what is before us on its own terms, just as it is; what avarice within us makes us plow right through the miraculous, or past it, without pause, makes us insatiable?”

Beholding the violence on its own terms, Badkhen nevertheless marvels in moments of exquisite perception, holding beauty alongside grief, discerning patterns of bright benediction that stipple the dark.