Matías Catrileo Quezada was killed at point-blank range on January 3, 2008, in the village of Yeupeco, commune of Vilcún, region of La Araucanía. The twenty-two-year-old activist was participating in a peaceful takeover of land when he was shot by policeman Walter Ramírez, who was carrying a nine-millimeter Uzi submachine gun.

We won’t turn over the body, no:
this is the death they have left us,
the bullets that sliced through the dawn
on Matías Catrileo’s river
in Vilcún.

But Llaima Volcano is burning for you
and the ashes of your hidden eyes
are writing in the snow
the rage and the mystery
of a people with no more forests or arms,
surrounded by tanks and tear-gas bombs,
seated at the bench of the Royal Indian Court
of modernity.

Let night’s ferrymen come
flying over the water
and the blue maidens
who heal the warrior’s wounds
with their voices.

We won’t turn over the body
to the judge’s forensics,
nor to the cameras that can never have
their fill of the dead.

We won’t turn over the body, say
the ambushed pumas of Vilcún,
we are the tomb of Matías Catrileo,
the grass of his bloodied hands,
his parents’ river of justice
the deep roots of his light
in the yellow lands of Yeupeco.

Jaime Mendoza Collío was killed by the Chilean police on August 12, 2009, when he was twenty-four years old. Requém Pillán, the community he came from, is located eighty-four kilometers to the northeast of the city of Temuco.

Where does the thread of a long look come from?
And the color of death in the ocean flowers?

Yes, I was born dark like a scarab
and dark I will die, under the light of the sun.

The terrestrial machines barely nod to me
as I search through my father’s feverish mud.

Soon I will order the islands into existence,
soon I will set out for the Land Up Above.

Now I’m climbing a path leading to the summit,
to hidden forests where I revive and sing.

Death on the cusp of dawn burns in the mountains,
the light shatters the window like a wound.

Translator’s note: Ül refers to a Mapuche or Mapudungun musical expression performed in a ritual or sacred context. Royal Indian Court is a colonial Spanish court with jurisdiction over Indians. 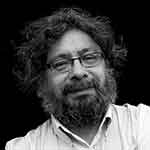 Jaime Huenún Villa (b. 1967, Valdivia) is an award-winning Mapuche-Huilliche poet whose latest collection of poetry, Crónicas de la Nueva Esperanza / Chronicles of New Hope, is forthcoming from Lom Ediciones. He has received numerous awards, including the Pablo Neruda Prize (2003), a Guggenheim Fellowship (2005), and the Chilean National Council on Arts and Culture’s Best Work of Literature 2013. He has also edited several anthologies of Mapuche and other Latin American Indigenous poetry. He works in the Ministry of the Cultures, Arts and Patrimony of Chile. Photo by Alvaro de la Fuente Farré 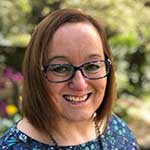 Cynthia Steele is professor emerita of comparative literature at the University of Washington, Seattle. Her translations include Inés Arredondo, Underground Rivers and Other Stories (1996); José Emilio Pacheco, City of Memory and Other Poems (2001); and María Gudín, Open Sea (2018). They have also appeared in Chicago Review, Gulf Coast, Washington Square Review, Michigan Quarterly Review, Southern Review, and Agni, among others. Photo by Carolyn Cullen