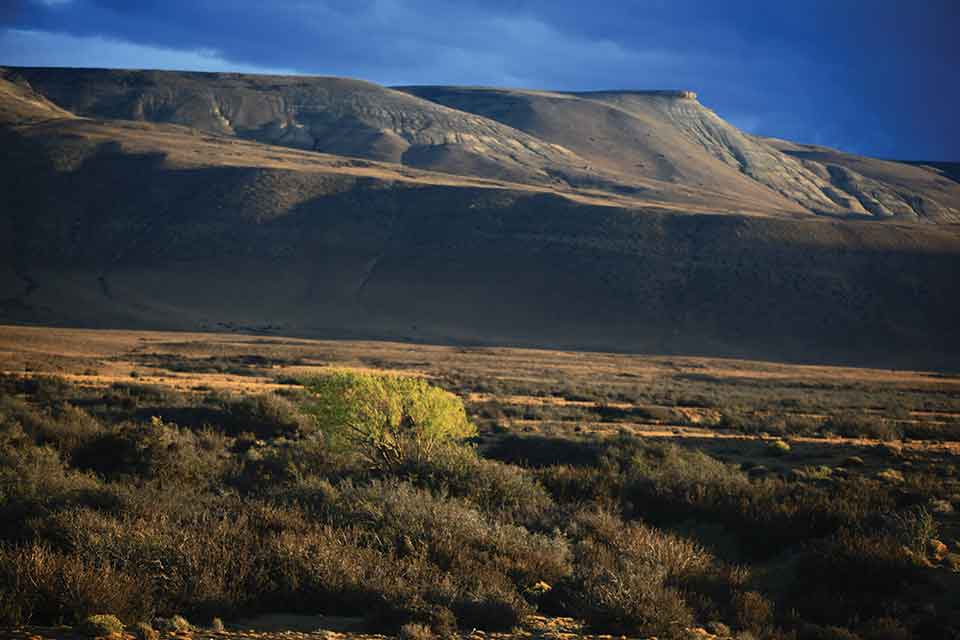 Can you picture the Argentine pampa? Flat fields, eucalyptus trees, a seemingly inoffensive landscape where a gray sunset might use your boiling blood to paint a path straight to hell. That’s where I’m from, from that landscape. There, my grandfather showed me how to plant seeds, my grandmother read to me from Struwwelpeter, my mother taught me that cruel things are not always done with cruelty. “I need a hook to reach the high branches,” my father says now in the backyard of the house I grew up in. We watch him disappear into the leaves of the fig tree while my brothers and I shout warnings of absurd dangers—bees, rotten fruit—and we laugh like idiots as he collects figs to make jam. Later on, in the evening, we go fishing and come home when the sun goes down, without having caught anything. That night we eat under the grapevine, on the stone table that has been there since my grandparents were young, since they planted these trees and a sea of calla lilies that no longer exists. The next morning my younger brother and I look through boxes stuffed with toys and old dolls that fall apart in my hands. After lunch we start taking my mom’s clothes out of the closets. We put them in bags (her silk blouse with a pattern of little anchors), and we leave them on the bed, unsure of what to do with them. At night I return to Buenos Aires, staring at the stars, the highway like a smooth metal slide at the playground. A song comes on the radio and suddenly I remember a verse by Arnaldo Calveyra: “I didn’t know I was sad until they asked me to sing.” It’s a lie that we can keep everything alive inside us through memories. Some things are lost for good. And there is, in recognizing that, a brave, icy beauty. Even if it pierces your heart and shatters it to pieces.

It’s a lie that we can keep everything alive inside us through memories.

It had been a few months since I’d been to see Dr. L. He greeted me affably, like always, and, like always, with his Chinese accent, he asked, “How do you feel?” I told him, “Great,” and it was true. I hadn’t realized it until I saw him, and in fact it’s possible that I’d walked all the way there feeling miserable, but his mere presence had made me feel terrific. Dr. L. is eighty-one years old, and, as I’ve said before, he practices things I don’t believe in. Chinese medicine, acupuncture. Dr. L. did his work and then, like always, said to me: “Relax, close eyes, listen to music.” I obeyed, as he padded away over the wooden floor. Then, like always, I went back to my mental karate: kicking and punching at the trash floating around in my brain. That’s what I was doing when I heard another patient come in and lie down on the next bed, separated from mine by a room divider. It was a man. He laid down, and Dr. L. asked him what was wrong. The man answered: “Fatigue.” His voice froze my blood. Because that wasn’t fatigue. That was someone with one foot over the ledge and a loaded gun aimed at their temple. One time Dr. L. asked me how I was and I told him, “I’ve been having nightmares.” He said: “Sleep doesn’t know.” Now he whispers to the man, “Relax.” That’s all. And the man, on the other side of the screen, sighs. It was a horrifying sigh, the sigh of someone who knows there’s no cure for them. I opened my eyes and looked at the chandelier hanging from the ceiling of the ancient house where Dr. L. sees his patients, and I remembered the line that can always fix me when there’s no fixing me. A line from a book that’s an entire continent, called The Wild Palms, by William Faulkner: “Between pain and nothing I choose pain.” Fatigue, of course, comes from not knowing when the pain will end.

I went back to my mental karate: kicking and punching at the trash floating around in my brain.

You can’t even imagine. There was a big group of us. We went to parties that lasted three days and woke up to the light of bonfires, warming our hands on the coals of the last cigarette. We swept like a dark breeze through dives called Jungle Ship or Under Ground, and we crowded into basements where our favorite bands played, singing at the top of our lungs songs that drained the black ice we held in our hearts. I lived in an apartment with a jasmine plant, and sometimes, when I looked over the balcony, I thought: “This is my happiest moment: this city and this tremendous sky.” Then, a few days ago, I was in my hometown and I saw Ricardo Mollo singing on television. Mollo is an Argentine rock star with a strange voice like a magma of savage, cruel emotion. That night he sang something that I didn’t recognize at first. “Heart of feather, why waste your time,” the song said. “Looking for truths and always finding other questions.” And I thought: “What is that, why does it sound so familiar?” Mollo sang like some enlightened guru, like a man singular and solitary.

And then I saw myself. In that same house, at ten years old, arranging jasmines on the table, walking barefoot across the hardwood floors, the heat, the slanted light of siesta time. And Serrat, on the record player, singing that same song while my mother washed clothes. The smell of laundry detergent and jasmine. The house sailing like a ship into summer. And I, in the middle of it all, happy in a perfect and dangerous way. With the only happiness that could save me. With the kind of happiness that would kill me when I lost it. 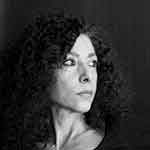 Leila Guerriero (b. 1967, Argentina) is a journalist and editor. Her work regularly appears in top Spanish and Latin American publications. She has received numerous prizes and is the author of over a dozen books, including A Simple Story (New Directions, 2017). Her writing has been translated into many languages. 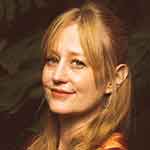