Notes for a Paleface Museum 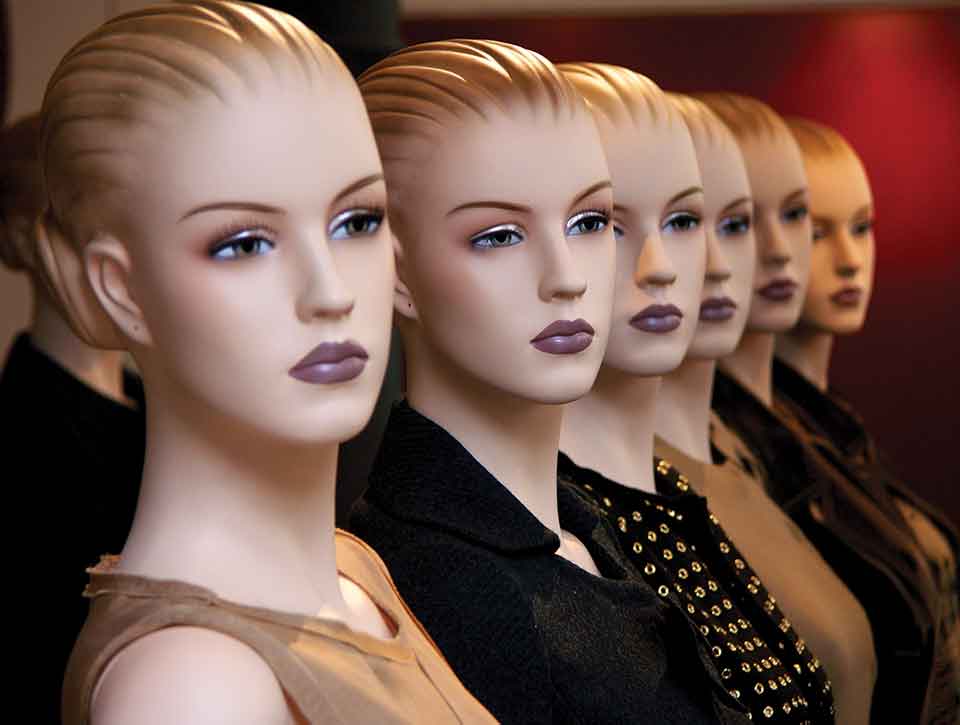 Only I never came back
I was not going to be long
—W. S. Merwin

I live where Lady Gaga files her taxes
where the police
do as they please
where this paleface multitude
carries on breeding
because nobody calls
the social services you know thanks to the movies
to take away those kids
they’ve raised under a gaslight
on pills of passive-aggression and supremacies
for childhood was invented
for kids as blond as idiot hatchlings
who don’t know what to do in a world
where they are not the center of gravity
years after they were called upon to rule
and stick their hands under the wall.

and I thank you for the vacation.

meanwhile they go buy trinkets at ethnic markets
and remind you that they voted for Obama
before Obama was even born.

Sometimes I think my husband
was lost in the woods as a boy,
that they murdered him on one of those adventures
with his Boy Scout troop
sometimes I think they took him and that this,
what they returned to me, or rather
what I scraped up with a spatula
is a shot that punctures, lands
and hides in a cicada carcass.

the gringos only know how to think
in terms of customer service.

I don’t know why we’re surprised that white people are racist.
Have you seen how they treat each other?
They live in a lonesome sarcasm contest
to claim they’re the most brilliant of the litter
they set the scene as if being considered
for a screenwriting job
on an edgy A24 comedy
and tear each other apart
with the same psychopathic half-smile
they wear when they hold the door for you
and still you go pretty far

then they’re surprised when their kids
don’t visit
shoot cocaine up their ass
or pick up a rifle and go down in history as another school shooting.

I’m calling my next cat Cardiac Arrest
and he will be the bearer of my dreams of late in which I die childless
alone in a hospital for second-class humans like myself
whether or not they crossed the border on horseback
because the horse is something that you bear inside yourself, I mean.

but who knows
sometimes
I can barely breathe
and the task of staying alive leaves me blind.

Translating Enza García Arreaza’s poems, to me, is an act of activism. The more I decipher the language of hers, the more I feel seen.

As a translator and writer who grew up in Taiwan, a place that is still unfamiliar to many English speakers, there are views about America—especially views about racism in America—that are shared not only by Taiwanese people but also by the internationals who are looking at America from different sides. What makes our cultures so unseen, once we step out of home? Why is there a hierarchy of our rights to express ourselves, or to even exist on this side of the world?

Every culture has its own identity. Coming from one place never means coming from one culture only. We are all hopes and dreams together looking for a place to speak, to scream, and to live. Every individual exists with a diversity of cultural experiences, be they regional or widely international. Diversity is a thought kept within us that connects us with one another. Our stories matter, and the merciless reality of our stories having to coexist with white supremacy and power dynamics makes it ever more important to speak up, to show who we are, and that’s the energy I felt while translating Enza’s “Notes for a Paleface Museum.”

Enza speaks boldly about American whiteness. She speaks about the emotional impact of self, having to carry our stories while attempting to live in a new place that is not always welcoming to us. How do we perceive the idea of “border” now? What are borders for? Can borders exist while diversity seeks to thrive? This is a series of daring verses that spark great conversations. I feel honored to have the opportunity to translate Enza’s work and to share my perception of these topics with my co-translator Arthur Malcolm Dixon.

Translating “Notes for a Paleface Museum” put me in a position as a translator that is unhealthily uncommon: it brought me face-to-face with my whiteness.

The predominant whiteness of literary translation into English is thankfully beginning to fade, as is evidenced by the work of my talented co-translator Jenna Tang and many others. But it is still the norm for white translators like me to bring writing from other languages into English.

This is not inconsequential. Our whiteness tends to lull us into a false sense of universality. We have the privilege of seeing ourselves as the standard—the etymologically apt “blank slate” whose blankness makes it the ideal transmitter of foreign speech. But, as Enza García Arreaza suggests in this poem, whiteness comes with its own distinctions, expectations, prerogatives, and pathologies. The circumstances of our birthplace, race, first language, and so on are just as relevant to our practices as they would be to any other translator’s. This does not mean white translators shouldn’t translate authors of color, but it does mean we should think, while translating, about our place in the world and how this place may differ from that of the author at hand.

“Our whiteness tends to lull us into a false sense of universality.” —Arthur Malcolm Dixon

Translating Enza’s poem, this was not optional. She addresses whiteness directly and white people anthropologically—a taste of our own medicine sans spoonful of sugar. It would be impossible to translate this poem without thinking about whiteness from without. It demands that its translator see white people as “they” rather than “we.”

This is good for us. I see all translation, literary or otherwise, as a pursuit of empathy, and empathy demands that we look in at ourselves from the outside. I’m thankful to Enza for this chance to pursue empathy as one only can through translation, and to Jenna for sharing it with me. 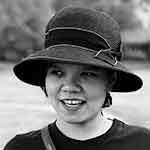 Enza García Arreaza (b. 1987, Venezuela) is a short-fiction writer and poet, author of Cállate poco a poco (2008), El bosque de los abedules (2010), Plegarias para un zorro (2012), El animal intacto (2015), and Cosmonauta (2020). In 2017 she was a resident at the University of Iowa’s International Writing Program and at the Pittsburgh City of Asylum. During 2018 and 2020 she was a Fellow at the International Writers Project for endangered writers at Brown University. 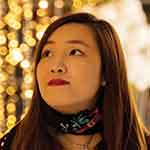 Jenna Tang is a Taiwanese writer and translator based in New York. She translates from Chinese, French, and Spanish. Her translations and essays have appeared in Restless Books, AAWW, WLT, Catapult, McSweeney’s, and elsewhere. She is a selected translator for the 2021 ALTA Emerging Translators Mentorship program with a focus on Taiwanese prose. 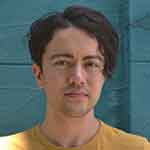