An old Japanese maple in the Japanese garden at the Missouri Botanical Garden, St. Louis / Photo by Kent Burgess thewaysofthegarden.squarespace.com

In this brief essay, poet and translator H. L. Hix argues that it is the act of believing, more than the thing believed, that relates more directly to intolerance.

Belief can refer to the thing believed, or to the act of believing, and the two meanings are equally available to this forum’s title, “Belief in an Age of Intolerance.” The title could disambiguate toward thing believed by substituting the plural: “Beliefs in an Age of Intolerance.” The title could disambiguate toward act of believing by substituting the gerund: “Believing in an Age of Intolerance.” As a stay against confusion from this ambiguity, as a way, in fact, to take advantage of the ambiguity to highlight salient facts about belief and intolerance, let “belief (t)” designate the thing believed, and “belief (a)” designate the act of believing. Belief (t) would include such usages as: “I know something if it is a justified true belief”; “It is my belief that Olga Korbut was a better gymnast than Nadia Comăneci.” Belief (a) would include such usages as: “Belief in propaganda weakens citizenship”; “It’s a warped version of belief that cult practices.”

Those responsible for creating this forum are right to ask after the relationship between belief and intolerance. Distinguishing between belief (t) and belief (a) draws attention to a crucial fact about that relationship: Intolerance derives not from belief (t) but from belief (a). Explicitly stating that fact is important, because it would be easy to assume (and many persons do assume) the opposite. Because belief (t) is the primary sense, the one likely to be given as the first definition in a dictionary entry, the natural assumption would be that what relates to intolerance is belief (t). My thesis here, though, is that, contrary to that natural assumption, it is actually belief (a) that relates more directly to intolerance. Making and maintaining the belief (t)/belief (a) distinction sustains various orienting insights about belief in an age of intolerance, among them the following.

Intolerance enforces unjust and injurious inequalities and exclusions, and so does tolerance.

An elegant exploration of that problematic occurs in Kate Northrop’s poem “Gardening,” which succinctly narrates, from the daughter’s point of view, an ongoing mother/daughter disagreement (Back Through Interruption). The speaker’s mother, an avid gardener, wants the speaker “to look at the agapanthus, / at the trout lily,” but the speaker herself laments that “I hate it, the garden, all of it . . .” Her mother says, “It’s labor I mind,” but the daughter/speaker denies the accusation. I don’t mind labor, she counters; to the contrary, “all those hours weeding in the sun” are monotonous, and “I like monotony.” What I do mind, the speaker reports, is the way my mother “puts her face // into the flower, the way she walks through the garden / without wanting to weep.” In noting one further mother/daughter dissonance, that the daughter, contrary to the mother’s wishes, does not want “to come home and sit // in the summer house, drinking wine, / watching the sky // abstract itself,” or watching moonflowers bloom at night, the speaker chooses the neutral description that her mother doesn’t understand why the daughter doesn’t want what the mother wants. She neither lets her mother “off the hook” by allowing that her mother can’t understand, nor assigns blame by insisting that her mother won’t understand. After that, the speaker/daughter concludes the poem by identifying the particular disagreement between her mother and herself as a mild form of intolerance, a particular instance of a more general principle, which the poem formulates from the point of view of the patient rather than the agent of intolerance: “It is always difficult to explain yourself / to the faithful.”

“The faithful” does not identify a group based on what its members believe but does so based on how they believe. “Faithful” here does not specify any particular belief (t); instead, it characterizes a mode of belief (a). The problem is not that it is hard to explain yourself to someone who believes that gardening is healthful (or to someone who holds any particular belief (t): that Jesus rose from the dead, that the invisible hand of the free market distributes goods with perfect efficiency, whatever). The problem is that it is hard to explain yourself to someone who, whatever the person believes, believes it in a certain way, namely faithfully. In Northrop’s poem, the impediment to communication between mother and daughter occurs not because of what the parties believe but because of how they believe.

Certainly, what one believes can contribute to intolerance. One who, for example, believed it to be a statistically substantiated fact that leniency encourages and spreads addiction would very likely support “zero-tolerance” public policies. My emphasis here, though, is on the much greater contribution to intolerance of how the agent of intolerance believes.

Just as it would be natural to assume that intolerance derives from what one believes, so it would be natural to assume that, because intolerance is a vice of belief (a), tolerance must be a virtue; to assume, in other words, that if intolerance is bad, tolerance must be good. The latter assumption, though, would be just as mistaken as the former. Wendy Brown has shown that, yes, intolerance is bad, but so is tolerance. Brown reveals tolerance as a form of what she calls “depoliticization,” which occurs, she says, in our “construing inequality, subordination, marginalization, and social conflict, which all require political analysis and political solutions, as personal and individual, on the one hand, or as natural, religious, or cultural on the other” (Regulating Aversion: Tolerance in the Age of Identity and Empire). Tolerance, Brown contends, perverts understanding and enervates goodwill by casting “instances of inequality and social injury as matters of individual or group prejudice,” thus substituting “emotional and personal vocabularies for political ones in formulating solutions to political problems.” Tolerance does not have the salubrious effects its advocates claim for it: “substituting a tolerant attitude or ethos for political redress of inequality or violent exclusions,” Brown observes, “not only reifies politically produced differences but reduces political action and justice projects to sensitivity training.” Intolerance enforces unjust and injurious inequalities and exclusions, and so does tolerance.

The project advanced by this forum is urgent: individually and collectively to contest the pitched, pervasive, pernicious intolerance of our age.

3. Impermissibility, the judgment that sanctions intolerance, is assigned to belief (t), but assigned by belief (a).

Case 1: Nina believes that the earth was spoken into existence in the year she identifies as 4004 bc, by a powerful deity she refers to as God, who included fossils in the earth’s crust at this initial moment of creation, and who (very soon after creating the earth itself) created the various species of animals and plants that still exist at this moment (plus a few others, such as passenger pigeons, that since then have perished). Nona believes that the earth has existed for many millions of years. She believes that the various species of animals and plants that exist today (including humans) evolved, through a process of natural selection, from earlier species, and that fossils, the petrified remnants of earlier species, range in age from many hundreds of thousands of years to millions of years.

The project advanced by this forum is urgent: individually and collectively to contest the pitched, pervasive, pernicious intolerance of our age. This essay ventures only a short list of orienting insights toward that end: that intolerance has to do less with what one believes than with how one believes; that bettering belief (a) is at least as complex a project as bettering belief (t); and that intolerance occurs when impermissibility is assigned to belief (t) by belief (a). Even so short a list, though, suggests a line of thought that, extended, would identify many additional insights. However modest a contribution to this forum the short list may be, I hope that the line of thought can prove a constructive contribution. 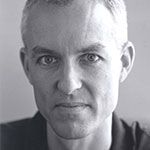