“The wind is rising!
We must try to live!”
So said Paul Valéry.
How shall I adopt that Frenchman’s leading song
as a matching encouragement from behind?

Ah! Always I
prefer behind to before,
prefer night to day,
shade is more comfortable than a sunny spot,
earth is better than heaven, so I want to live on earth.

Rather than heaven, where it’s said you go to be happy after death,
I want to live on earth, even if it means being unhappy and weeping.
Rather than a star that appears in the night sky,
I want to be a tiny wildflower
shaking its head gently as it blooms by a field path at twilight.
The wind is rising
in breathless green, panting dark green.
I must try to live alone as a fragrant weed.

Translation from the Korean
By Brother Anthony of Taizé

People often say that despair is lonely
but I reckon that hope is even lonelier.
Despair might be termed the peace of gravity.
For a pig to become bacon
all it has to do is relax and subside into a pool of blood . . .
and still its head is grinning pink. Despair
has a similar warmth of sorrow.

Hope sometimes provides first aid
but there may sometimes be people who dislike hope’s first aid,
maybe.
Reckoning that despair offers more comfort,
following a bright ray of sunlight trembling in the breeze,
you came from afar to obtain medicine
but being already convinced that the medicine has no effect
your sickness grew worse.

Even on a night when all the words flew away from the dictionary,
even at that moment like blue lightning
standing quietly before a chair after taking off my shoes,
the word hope barely managed to remain
and because of that one word, I cannot discard everything.
The word hope prevents the world’s ruins from being completed.
Beating my breast
and asking why I don’t let the ruins continue,
rather because of that hope
there are frighteningly lonelier times.

Though I want to escape, put an end to it,
that bright sunlight being shared out for no reason, such a waste,
like blood spreading in water . . .
hope and I,
hope is a life sentence.
Hope is lonely.

Translation from the Korean
By Brother Anthony of Taizé 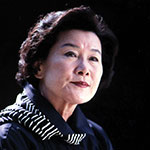 Yoo An-Jin is a Korean poet, essayist, and novelist. In 1970 she published the first of the seventeen collections of poetry she has published so far. She retired from her position as a professor at Seoul National University in 2006. In 2012 she became a member of Korea’s National Academy of Arts. She has received many prestigious literary awards. 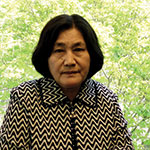 Kim Seung Hee (b. 1952) earned her BA, MA, and PhD degrees from Sogang University, Seoul, and recently retired from the Korean Department there. In addition to two volumes of fiction, she has published ten volumes of poetry. She is widely admired as a feminist surrealist and has received several major awards. Her volume “Pots Bobbing” has been published in English as Walking on a Washing-Line (Cornell). 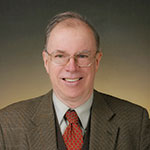 Brother Anthony of Taizé has published over forty volumes of translations of Korean literature and has received a number of awards. He has published ten volumes of work by Ko Un as well as recently published volumes of poetry by Jeong Ho-seung, Lee Seong-bok, and Ko Hyeong-ryeol. His Korean name is An Sonjae.