From Aden to Kampala to Washington, DC 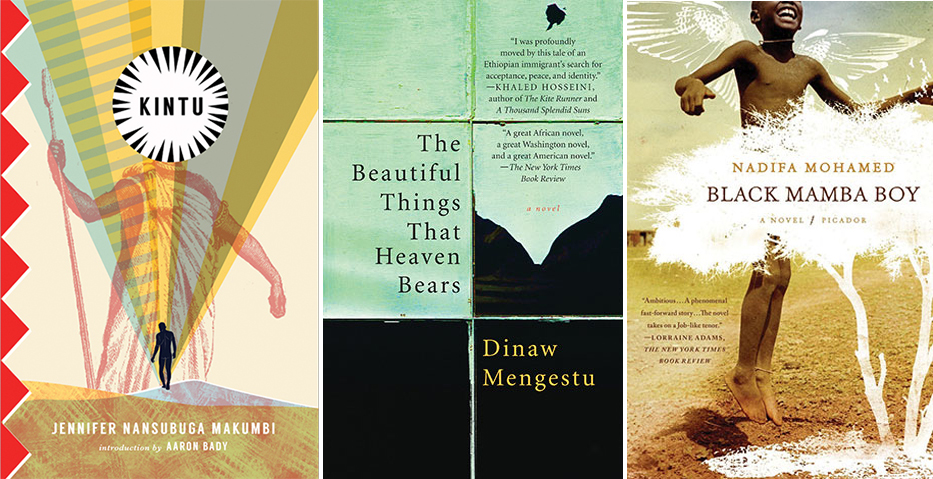 I bought Nadifa Mohamed’s Black Mamba Boy on a visit to her Somaliland hometown, Hargeisa. When I visited, Hargeisa was a dreary city—at least that was my first impression—until I got to know it a bit more intimately. The burnt-out shells of tanks and rusting grounded military vehicles lined the runway as we came in to land, hollow-eyed refugee women squatting outside their makeshift nylon and khanga-cloth draped manyattas, stirring their lunch in sooty tins as they watched the plane speed by. It was a city recovering from a devastating secessionist war with the neighboring Siad Barre–led Somalia, and the effects were all over, including the hordes of foreign-aid workers and war journalists who made up three-quarters of the chartered UN flight we were on.

I was visiting Hargeisa to attend the 2013 Hargeisa International Book Fair, and I was stunned by what I witnessed. The fresh wounds of the war notwithstanding, the people of the city, as I soon learned, are warm and passionate, their love of life and freedom palpable in their stories and poetry. You need to sit through a poetry reading by their celebrated poet Mohamed Ibrahim Warsame “Hadraawi” to feel it. The packed hall hung onto the poet’s every word, the pin-drop silence alternating with bouts of hearty laughter as the experienced poet skillfully navigated his enthralled audience through various stages of their history—for that is what Somaliland’s poetry does: documents the milestones in the lives of its people.

It is this age-old sense of purpose that Nadifa Mohamed brings into her gripping story. Black Mamba Boy not only follows an orphaned boy, Jama, through his difficult childhood in Yemen and then war-torn Somaliland but does so skillfully and compassionately. It is a powerful story of triumph amid despondency that ultimately dignifies a corner of the continent that has received enough flak from foreign press.

When his mother dies, eleven-year-old Jama is left on his own. His life takes the only bend open to him: he joins the homeless urchins in Aden’s mean Mu’alla streets, scavenging for scraps the townspeople throw out and toughing it out on the open streets at night. But even that friendship is fleeting, cut short after a knife fight. Now a loner, Jama resolves to wander north in search of his father and an identity, marking the start of his epic journey that takes him through wartime Ethiopia, Djibouti, Egypt, and, eventually, Wales. Ultimately, the story is about the resilience of the Somali people and the pride they take in the fact that they are perhaps the world’s true nomads.

The opening of Jennifer Nansubuga Makumbi’s Kintu brings out a picture of Kampala, Uganda’s capital, in a way that a casual visit to the city wouldn’t draw out. Staying in a hotel for a couple of days and visiting the tourist circuit of the beautiful green city ringed in by hills could never introduce you to the shacks nestled in the city’s swampy wastelands into which the runoff from the gutters uphill eventually drains. Makumbi’s epic saga takes us into Kampala’s crowded Bwaise slums, where the city’s poor retire after their daytime hustles, the fringes of the city where groundwater seeps through the spongy floor when it rains.

Most gratifying is that Kintu’s lenses do not look at these shanties through the eyes of the mercy tourists who fly in from the West to witness the misery of Africa’s tin-roofed shacks like an old-time warrior pockmarking his bedstead for every scalp bagged. Instead, the book delves deeper. It is not a voyeuristic piece about Kampala’s poor but a narrative of the stories of their everyday lives in the crowded places where the city has herded them and where the rule of law can give vent to the more instant “mob justice” in the blink of an eye.

The narrative draws its beauty from Luganda folklore, in which it is deeply steeped, though it is still a modern tale told in a modern style. It was refreshing for me because it was not the typical African-in-the-West story that we have come to expect of contemporary African writers living abroad, who tend to temper their stories to fit Western stereotypes about the continent. Despite the fact that Makumbi lives and works in the UK, she chose to set the story in the Uganda that she grew up in.

One enduring legacy that the John F. Kennedy “airlifts” of the 1960s imprinted on the nascent history of my country was that they bequeathed Kenya with its first crop of well-trained elite professionals. Designed to train bright young Africans who would take over the running of the country’s institutions when the colonial British administrators left, they also created the country’s first proper wine-drinking, rumba-dancing and Queen’s-English-speaking middle class.

But they did even more than that. They imprinted in the minds of those who had not benefited from the fruits of this American largesse that America was a land of opportunity, laying the foundations of the latter-day mad rush by independent Kenya’s broadening middle class to send at least one family member to an American institution at whatever cost.

This situation is what created the myth that Dinaw Mengestu’s novel The Beautiful Things That Heaven Bears helps to dispel. Save for its beautiful delivery, Mengestu’s book is extremely miserable when it comes to the subject matter. When Sepha Stephanos fled his city of birth, Addis Ababa, and came to America through Kenya, the last thing he expected was that he would wind up in a dreary apartment in a forgotten part of the US capital, living on the fringes of American life with his immigrant friends—Ken, a Kenyan immigrant, and Joe, a Congolese—dreaming of the life and past that Ethiopia’s Red Terror had robbed him of. Life as an immigrant in the fabled America turns out to be a constant struggle with bills and, even worse, with the ever-overhanging loneliness of life as an immigrant in an alien culture, where everyone is engrossed in their own pursuits.

Of the three friends, who met at a hotel where they were working, Sepha and Ken appear to have moved on, while Joe is stuck busing tables. Sepha’s enterprise has seemingly placed him a rung up the ladder to achieving the dream, while Ken, who works as an engineer, beats them all. And yet, in their private conversations at the back of Sepha’s store over cheap wine on wintry December evenings, it becomes apparent that they are all stuck in the same mud pit: none has yet mastered this complex American system, and all are heavily homesick. And yet they simply can’t get on a plane and leave. It is not an option, what with all the expectations on them back home. No, they are all stuck here in dream America.

But even in the midst of the gloom, a rare romance blossoms, and from a very unlikely source. Mengestu handles the various delicate relationships in the book with the skill of someone who has either been a part of them or carefully observed them. In the end, The Beautiful Things That Heaven Bears succeeds in fleshing out the life of an immigrant in America in a way that the green card ads and postcards do not and removes the scales from our eyes.

Stanley Gazemba is the author of several novels, including Forbidden Fruit. He lives in Nairobi, Kenya, and is an editor at Ketebul Music.