Admirably Perfect and Impossible to Love: When Mastery Creates a Yawn 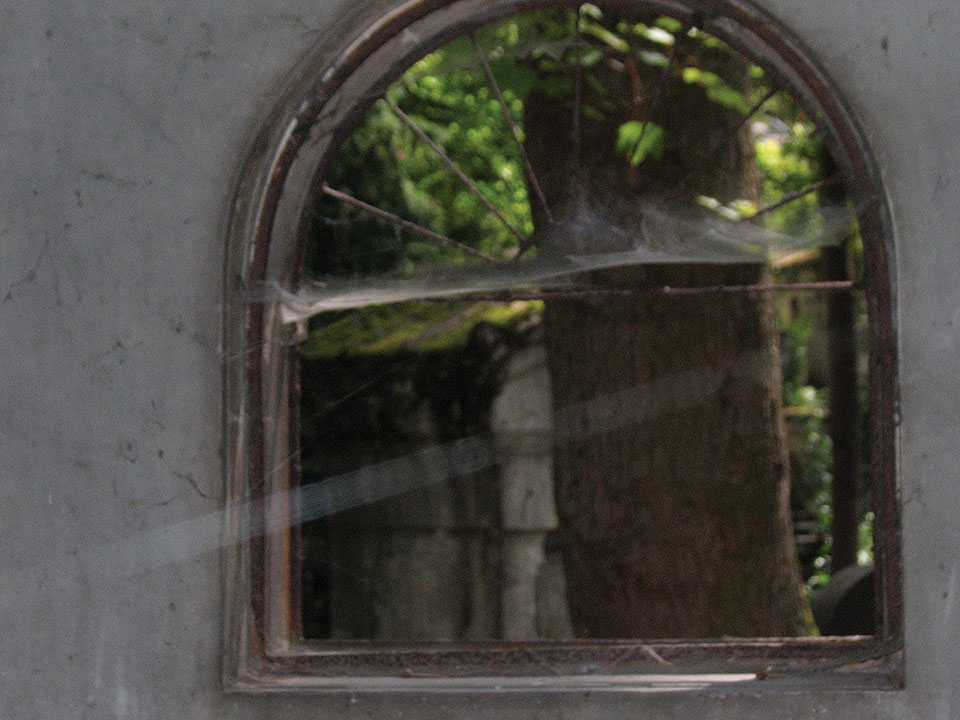 On a sultry and tinto-infused afternoon in Spain some years ago, a group of mystery writers from several nations were gossiping about editors and agents, contracts and jacket covers, and, of course, where to go for dinner. Our conversation drifted to the latest movies. Several writers vented their distaste for an adaptation of a novel by a writer we all particularly loathed, and having chopped it apart frame by frame, moved on to a prestige production, a Merchant and Ivory–like film (if not an actual Merchant and Ivory production) based upon a Forster-like novel featuring veddy, veddy English characters and their repressed passions. There had been a several years’ vogue in this sort of film and public television series, and each similar production elicited respectful treatment by critics. These dramas were the kind of productions that receive award nominations, but not so many awards, and speaking against them immediately identifies you as a philistine.

One of our group, an eminent British novelist, had seen the latest of these productions and was asked her opinion. “Well,” she said, “one cannot find a flaw in it. The acting is extraordinary, the costuming is totally authentic, and the cinematography is delicious. On the whole it is a nearly perfect film, and utterly, utterly boring.” Typography should have a way to represent her elongation of the word “boring” to emphasize her reaction to the film’s relentless and unendurable high culture. But having seen the film, I understood exactly what she had meant. For all there was to admire, there was not much to love. Every element of the film was in the right place and executed well, and yet the whole was so unmemorable that I am no longer certain which film it was.

For all there was to admire, there was not much to love. Every element of the film was in the right place and executed well, and yet the whole was so unmemorable that I am no longer certain which film it was.

Like most art of a defined type—pop music, westerns, romance novels, pastoral paintings—many crime novels have this same problem. They are so well done they have lost whatever should make them tasty, and as with flavors, the molecules making the difference between the sublime and the ordinary are difficult to identify. At a loss for precision, many writers will simply dismiss a book with the cop-out, “It doesn’t work for me.” If a book is one of those brilliant gems that come along once in a great while, most writers will happily point out a number of sparkling facets and examine each in minuscule detail. If a book is appalling, most writers will have even more to say about it. However, the book that “doesn’t work” is neither bad enough to lambaste nor compelling enough to earn anything more than a few words of diffident praise for its mechanics. “It’s good if you like that sort of thing” means someone likes it, but not the speaker. “The setting / atmosphere / time period is portrayed well” means it predictably meets expectations. “The author shows mastery on every page” refers to a book to admire, but not to enjoy.

Patterning is inevitable the moment a publisher classifies a novel into a genre, and crime novels are especially susceptible. The detective has to be the sort of person who can be a fictional detective, with keen insight into motivation and the stubbornness to pursue the case until the end. Though this leaves many possibilities as to characterization, it also limits likely characterizations. While the solution to many crimes may not be uncertain in the “real world,” the reader of crime novels expects a solution and will be highly vexed if denied one. Periodically, one author or another attempts a crime novel without a solution and is praised by critics for “bravery,” but readers on the whole feel the bravery consisted in the author’s bald-faced con. Ironically, who and how “they done it” is just a device to close the story. The guilt could usually be hung on many of the suspects with a slight adjustment of justification. It is the process of the investigation that entertains us over the course of the novel, but even though we don’t really care whether the mob boss or the police captain did it, we by gum expect an answer.

The expectations of readers are carefully parsed by editors and writers with the sales charts, and most of these expectations are shuttled into manuscripts that pander to what are supposed to be the prevailing tastes. Publishing is a business, as every writer is annoyingly reminded on a regular basis. Conform and succeed! What sells this year will be what is on the shelves next year and the year after—until the elements grow thin from overwork and are replaced. Mickey Spillane’s Mike Hammer enjoyed killing, or at least didn’t lose any sleep over it, supposedly because the people he killed deserved it. A sensitive detective seemed contrary to the template of manliness at the time. Later, it was considered more realistic that the detective be psychically tormented by killing, and it became a standard trope of characterization.

The expectations of readers are carefully parsed by editors and writers with the sales charts, and most of these expectations are shuttled into manuscripts that pander to what are supposed to be the prevailing tastes.

Connected with this is probably the trope of making the bad guys more sympathetic, so that the detective doesn’t seem like an idiot for being tormented. A garden of flowering torments has gradually spread across the landscape of detective novels and police procedurals. Daughters who died of drug overdoses, marriages falling apart, despair nigh onto suicide, anger issues, pressure from the mayor’s office, officious supervisors who somehow were put in charge even though they know nothing of real police work—all are common as dandelions. Henning Mankell’s Wallander is tormented by a bad relationship with his daughter, his father’s decline into Alzheimer’s, and the prospect of his own case of Alzheimer’s. All this might be convincing in Mankell’s novels, but because he is an international best-seller, novelists everywhere incorporate equivalencies in the assumption that this is what readers want. Are cops doomed to unhappiness? Who knows? The books make you think so. Only 27 percent of all police officers have fired their sidearms while on duty, according to the Pew Foundation. In New York City, about 95 percent of officers have never fired their weapons on duty. This won’t make your visit to the Big Apple dull, I hope, but it might flatten out your next novel or movie if the writer dropped the unrealistic gunplay on pages 2, 103, 254, and 346.

A few examples are in order. Pieter Aspe is one of the most popular contemporary writers in Flemish and, according to his book jacket, an international best-seller. His detective hero is a police detective, Pieter Van In. His novel The Fourth Figure (2016) manages to employ a variety of the standard tropes without becoming boring, but tropes they are, and each appearance brought to my mind the image of an item being checked off on a clipboard. Van In is married (a bit unusual), but not unhappily. The relationship, however, is threatened by his having to work with an idiosyncratic, attractive young journalist. (There’s a certain suggestion here of The Girl with the Dragon Tattoo.) She is assigned to him by an administrator who doesn’t appreciate how she will interfere with normal police work. The wife assumes an affair, and Van In is bounced from home and stoically increases his alcohol consumption. None of these elements really has any impact on the investigation at all, which revolves around Satanists engaged in drug trafficking and murder. The crime is solved and the journalist tells Van In’s wife that there was no affair, and, with the birth of twins, everything is hunky-dory. She could have told the woman earlier, you might think, but that would remove the detective’s torment before he got to the end of the case. Really, it’s not a bad book, but check, check, check.

Tokyo author Tetsuya Honda has sold millions of copies in his Reiko Himekawa series and inspired two miniseries, a TV special, and a motion picture. When I received and read The Silent Dead, it was easy to see why. It is a nearly “perfect” police procedural, coming across like a slick episode of Law and Order: Special Victims Unit. Detective Himekawa is twenty-nine, the only female in the homicide division, and is treated as if some Japanese version of affirmative action got her promoted rather than her maverick abilities. She alone figures out what the different bodies have in common (to the dismay of her supervisors) and, of course, ends up in a confrontation with the murderers that nearly kills her. Does this sound vaguely familiar? It doesn’t exactly match up to anything in particular I can think of, but it ticks along so methodically that it leaves the impression it ought to. It isn’t a bad book, but it isn’t the kind of book that does much more than its duty from title to climax.

On the whole, life is quite predictable, but it’s the quirky details and events that give us pause, that make us look more closely and feel the wonder. The same is true of art. About the same time I received The Silent Dead I was given a new translation of a short novel by Junichiro Tanizaki, Devils in Daylight. Coincidentally, the story also centered on a “murder club,” though it was not set among the police and the main character wasn’t a conventional investigator. Now, comparing the great Tanizaki to Honda isn’t quite fair, like comparing Shakespeare to Meredith Wilson; however, the Tanizaki story never lets you feel that you can predict where it is going and why. You get the feeling of an internal logic that hasn’t been lifted from the analysis of sales charts. The motivations are understandable and consistent but nonetheless mysterious. Erotically creepy, Tanizaki is obviously influenced by Baudelaire and Poe and incorporates several conventions of the detective story, yet his work seems nothing like an imitation. The insistent idiosyncrasies of the best novels are refreshing and make us hunger for more. Once a pattern becomes too familiar it becomes “that sort of thing”—good, maybe even perfect, but only adequate until something with a distinctive personality comes along.