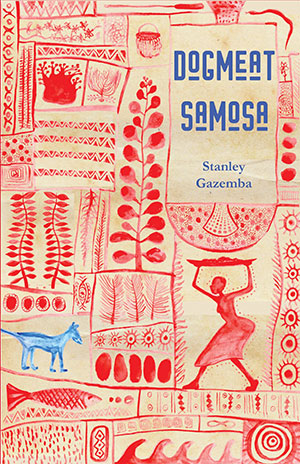 In this masterful collection of short stories, characters from urban Nairobi and rural villages burst into life in bold, expressionistic strokes, covered with bling or with a half-empty glue bottle stuck to their upper lip. Swahili and Gikuyu in the text enrich the cultural context.

The story “Chinese Cuisine” echoes the title of the collection, suggesting a hidden ingredient inside a familiar dish. When the grubby street boy Pinchez sees the albino Fanta, all he can think about is how much Tanzanian witch doctors, the waganga, would pay for one of her arms. He joins a legion of other hapless, scheming, would-be criminals attempting to trick, cheat, or even murder for a price.

Greed and poverty produce a multiplicity of con artists. The boys of “Shikwe and Andati’s Assignment” are drawn into a deadly plot by their need for two puppies for herding. “The Swindle” opens with the hustler Abu walking into bustling downtown Nairobi wearing “knuckle-dusters” on his hands, gold chains, and a big watch. A “serious scammer wannabe,” he is unaware of the rapacious eyes watching him. In “Tommy Hilfiger,” Jamin can’t imagine how anyone could know he wears designer underpants stolen from his boss. To pay a daughter’s school fees in “Small Change,” one couple will stage an act of adultery, followed by a public beating.

Death provides even more opportunity for profit. The alcoholic undertaker Mukabwa of “Pema peponi” requires a bribe to release a corpse to the family. The cost of burial makes travelers carry extra baggage in “Hearse for Hire.” “A Call from Down Under” shows the newly expired Demosh clawing his way back to life to claim the five thousand shillings he won in a bet.

Women’s work to feed and shelter families presents its own chances. “Vending” has three mama mboga, “vegetable women,” trudging down muddy roads from mountain farms to villages below, their goods stacked in baskets on their heads. They sell onions and capsicums but need another kuboya boyd, an extra hustle, if they hope to convert their tin shanties into stone-walled rooms. They will do whatever it takes.

Venal, exasperating, wise, and humorous, Gazemba’s characters scrape a living from harsh soil. This book further secures his place as one of Kenya’s most prominent authors.