Find the poet by the channel of Mozambique
flown south to taste the air of the first migrants,
Al-Khidr’s progeny canoeing the other side of earth,

a journey moored in myth where origins are pollen
stored in the Bennu’s innards, now released.
How else to be pure than to let origins digress?

He’s come to submit to heaven’s teachings,
a mystic reading his talismans, mirroring them
on Isalo’s lagoons. Will this praise

of the infinite not wrack his brains? Where to
fall in this prism of salt and sun, the clouds’
wide belief, the rains’ narrow thoughts?

Shacks made of galvanize, small frames,
taut limbs, women with buckets or bundles
on their heads, babies wrapped around

their ribs, bare feet that walk and walk
carless roads. Scenery as if from
ancient footage finds the poet

in a steely howdah, all-drive wheels.
The stars’ algorithms spin
his many destinies, same looms

that map land and sea, gouge the hills
out of cobalt until the crust softens,
a sponge of undrinkable brine.

Occident, Orient, North, South
which is fire? Which a birth that slogs
through death, fills God’s hands with ash?

To whom do they belong who sell
their goats for reprieve, seeds
and prized zebu they’d hoped to tie

to time’s chariot, garlanded crossing
gates of paradise? From whom to wrest
this riddle, to whom entrust the trust?

the grass-strewn crust. How can land flower
its pleasure? With what seed can it curse
the gods and their wars? How to grasp

a mind writhing, a swirl of snakes,
never in danger to itself, but to all else.
Impulse pounces into storm, rage

coral reefs! As if the gods were rehearsing—
80 million years of convergent evolution—
to make earth, to make earth love. Almost

of tenrecs, kin to weasel and hedgehog,
dozens of earthworms, dozens of bats,
a 100 bird species, 200 reptile, 300 amphibian,

a wily mongoose, tiny replica of the North
American wildcat, nose chasing scents
in a vortex breeze, 99 species of lemur

and drumming the moon’s taut skin like a duff.
An urge sinkholes the chest, a reminder
of the caprice that ignited the first green.

Easter Sunday, by the shore
of the channel of Mozambique
wave upon wave. Worshippers

more than cliffs or high walls.
Phone to dispatch ariaries
back and forth across seas—

spill out of brittle homes
made to be moved
from place to greener place.

They head south to picnic
among the ancestors’ stone graves
meant for eternity to endure.

After their goats and zebu they sold
kitchen pots: Nothing to cook.
Gone the corn, cassava, dried beans,

rice nurtured grain by grain.
Now leaves and bitter cactus fruit
with clay mixed in for iron and salt.

El Niño for three years: Two-thirds
of the islanders are the poorest
of earth’s poor. A million people

without drinking water. Half the children
starve, rove the roads for grass,
for grains in old zebu droppings.

What else did the master poet expect?
Books sold for paper, burned for fuel.
The ancient script blurs its signs.

Master poet says, “Stop! Do not
weigh the mind with dust.”
Another voice beckons

to finger the Bennu’s ashes
as they cool, to recall old war
songs, oil the ancient artillery,

must conjure all the hatred
in his heart, a keenness
like a fox’s, a grip, a crocodile’s

jaw. Go on, poet, tear off
the death that refuses to live,
spit it on the faces of your kind.

The poet finds himself—an onlooker,
rides an engine that could suffice
a village’s need for light, spends enough

to build a school. Why is he here?
The zebu he’s chewing could be
the last of the herd. What is he but

a sign unattainable, his living
other than a gloomy striving? A brazen
clang rocks his rib cage.

Remnants of scorched dirt fields,
of “harvested” woods leave him
like a sperm around a crowd

of his own, ravenous with nothing
to attach to himself. What does love
mean in a time of love

unspirited, a rope woven of flesh
and words—pulse of the sun’s
touch—how vision was merely

skin once, how once upon a time
we caught the scent of poppies
with our hands.

With what seed to curse the gods’
greed, their fields where the dead are
laid or strewn: The mismatch

of hunger and begetting, water
poisoned by a tapestry of cures,
the cumulus weave of oily threads

that lines our gills, diaphanous nets
where seas are snared: Horizons
we are too blind to disavow.

Too late to die, too hungry
to become. What is desire now,
dear broken sphere?

Is wind a child of time, then?
asks the dust. A boundless shadow
against which we pin our pleas,

the mani that will spin long
after we’re done gone.
Something in wood and paper

the last evidence of green. Yes,
master poet, I am here to praise the living
who long for death in flames.

Author’s note: The poem is inspired by Goethe’s West-Östlichen Divan, also known simply as Goethe’s Divan. Goethe embarked on this ambitious project after reading Joseph Hammer’s translation of the Persian poet Hafez (1310–1390). Appreciative of Goethe’s celebration of the East as a complimentary civilizational partner to the West, I nonetheless decided to reorient the poem’s focus to the Global South instead and its entangled relationship to the rich economies of the North.

As may be discerned from the various geographical and zoological allusions in it, the poem arose from a trip to the island nation of Madagascar, which has one of the richest and most unique ecosystems in the world. The Channel of Mozambique lies between Madagascar on the east and Mozambique on the African mainland (west). About 1,000 miles long, it varies in width from 250 to 600 miles.

Rajab is one of the holy months of the Islamic hijri calendar. On the 27th night of Rajab, the prophet Muhammad, according to Muslim belief, made a miraculous journey to Jerusalem and from there ascended to Heaven. And it was in the middle of Rajab during the second hijri year (623 CE) that Muhammad received a Quranic revelation that decreed the change of the qibla (the direction that should be faced in Muslim prayer) from Jerusalem to Mecca. In 2017, the year of the writing of this sequence, Easter fell between these two important Islamic holy days, hence the title of the poem. 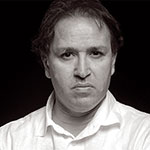 Khaled Mattawa is the author of five volumes of poetry, most recently Mare Nostrum (2019; see WLT, Winter 2020, 91). A MacArthur Fellow, he teaches at the University of Michigan and edits Michigan Quarterly Review.