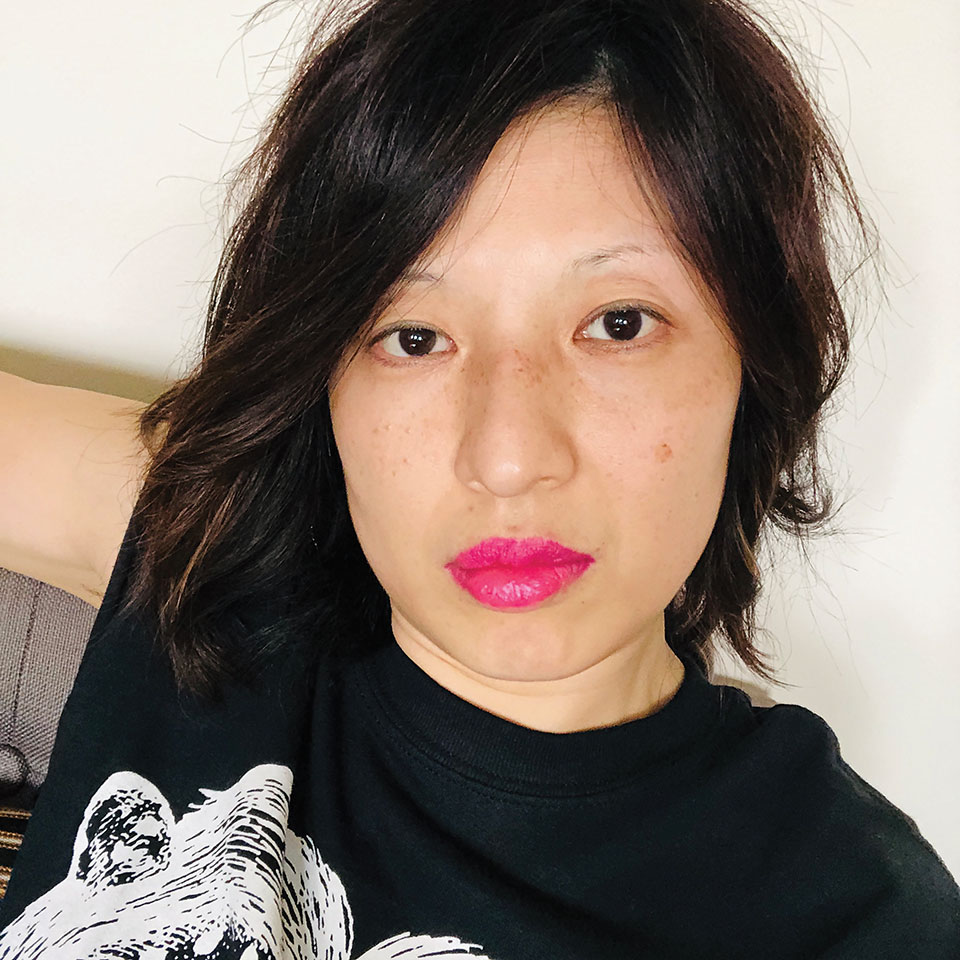 Bonnie Huie’s translations include Qiu Miaojin’s Notes of a Crocodile, which won the Lucien Stryk Asian Translation Prize and was longlisted for the PEN Translation Prize. She is also the recipient of a PEN/Heim Translation Fund grant. Her work has appeared in the Brooklyn Rail, Words Without Borders, Kyoto Journal, and many other publications.

Veronica Esposito: In praising Taiwanese lesbian author Qiu Miaojin, who died very young, you stated that “there is wisdom to be found at the fountain of youth, no matter what time one arrives.” Qiu was a groundbreaker in many ways, notably becoming Taiwan’s first out lesbian author, and Notes of a Crocodile draws on her youthful experiences with her identity to provide readers with just that wisdom. What do you think your translation of this book offers to US readers? 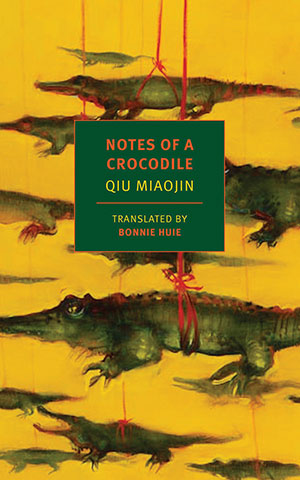 Bonnie Huie: Americans are often said to be optimistic, and you almost certainly have to be in order to accept the terms of the economic system. Optimism has its dark side, as it invokes denial. The resulting belief system manifests itself in a popular taste for happy endings, or a narrative trajectory based on a naïve faith in just outcomes.

You can witness its wider ramifications in phenomena such as victim-blaming. This is quite the opposite of sober thinking that confronts the ambivalence of our moral nature, or acknowledges the absence of closure within those life experiences that are meaningful in that they leave you with soul-searching to do. The willingness to pay the price for following one’s desires and convictions is at the spiritual core of youthfulness, and this comfort with risk is something that one must learn to kindle later in life.

Art that depicts firsthand pain and suffering is essential to freedom of thought, which is also why it offends sensibilities. Notes of a Crocodile is not about how “it gets better”; it’s about living in permanent wartime. A vicious cycle begins when you lose the ability to feel, then the ability to tolerate discomfort. Qiu handed down a book of memories that preserves these essences so that you can use them like smelling salts.

Art that depicts firsthand pain and suffering is essential to freedom of thought, which is also why it offends sensibilities.

Esposito: In terms of gender and sexuality, what is the translation field currently lacking?

Huie: Gender and sexuality do not mean the study of women. We tend to treat maleness as if it were a neutral status, thereby assuring its centrality. It would serve us well to consider masculinity as a fluid entity and as a subject of inquiry. Fernanda Torres, with whom I did an event a few years back, wrote a dark, funny novel about male aging called The End. It reminds me of the way that John Berger so memorably pointed to the theme of impotence in the later work of Picasso.

Just because a work has been translated into English doesn’t mean that we harbor the mind-set to be able to apprehend it. The mission of East Asian studies is more closely tied to the cause of containing ideological adversaries than it is to the appreciation of Beijing opera. In some cases, this comes at a cost to our understanding of gender and sexuality, as the imperialist power structure reinforces existing inequities and nullifies aspirations to social progress by making them inseparable from the perceived loss of cultural identity and the erosion of economic stability.

A brilliant, if misunderstood, book that offers a caustic critique of gender roles under these conditions in postwar Japan is Nobuo Kojima’s Embracing Family. But it is also a challenge to sell this kind of interpretation when it runs counter to the US reader’s geopolitical interest.

Esposito: What other authors in translated literature do you believe are pointing the way forward for us? Why?

Huie: I feel that Dubravka Ugrešić fulfills a yearning that many book lovers have for an ideal writer who is both a public intellectual and an artist. Perhaps it’s nostalgia for a time when the debate of ideas was more civil—more like a sport known for its heroes and great rivalries—and less shadowed by the very real threat of violence. The metaphorical condition of exile among intellectuals that Edward Said described is key to attaining a critic’s disinterestedness, but this state seems like an impossibility within today’s digital discourse. And still the hunger for amicable disagreement over serious matters, and for the weighing of all things in pop culture, persists.

It is a gift to be able to access the work of Christine Angot in translation, as it exemplifies reading and writing as exploratory pleasures for the mind that are innately connected to our sense of the erotic. The reader’s acceptance of this relationship puts the author in an exalted and powerful position and allows literature to dangerously approach the profane. You can call it masturbatory if you like, you can dismiss it as minor literature, but a masterpiece will never get you this close to the sensation that the medium of words is capable of freely expressing anything it desires.

And still the hunger for amicable disagreement over serious matters, and for the weighing of all things in pop culture, persists.

Esposito: What aspects of Chinese literature are we not currently getting from the work that is translated, and why are these aspects important to have in the US context?

Huie: When we use the word “Chinese,” it is normally presumed that we are referring to the ethnonationalist definition—as if there were no other—and this catchall becomes a rhetorical trap for people in the diaspora, among others. This predicament reveals a poverty of words in the English language, for there are cultural and political nuances and distinctions in the sinophone world that lack a name. Language modernization as a component of nation-building has resulted in the erasure of dialect, which is where some compelling poetics can be found.

It will be exciting to see the forthcoming translation of Jin Yucheng’s novel Blossoms, which uses Shanghainese and is being adapted for the big screen by Wong Kar-wai, whose films occasionally allude to the ways in which speakers of different dialects communicate with one another. But the general attempt to extract the essence of a culture from this construct can be misguided because its form and content can be reshaped to conform to the conventions of a globally dominant English language. A so-called ambitious work can start to resemble a product made for export. This problem is not unique to Chinese literature, however; it is rather characteristic of globalization-era art.

Esposito: Referring to literature in translation written by women, you have stated that “gender bias still affects how books are judged today.” How can the field work toward eliminating this bias?

Huie: It is worth inquiring whether gender bias is actually overcome in other fields, industries, or professions where the criteria are more objective or there is vindication by way of popularity or monetary success. My sense is that even those who are perceived to have reached the pinnacle of success and power believe that they are still fighting some of the same battles as they were in the beginning. Perhaps validation works a little differently in the field of literature, in that institutions wield greater authority, but the fundamental truth is the same. A simple way to support that individual whose work is vital is by contributing to their mythology.

I don’t think we should talk about gender bias and skirt the issue of race, which is a compounding factor. I translate a heritage language, and there is an old racial game of scholarly one-upmanship that is sometimes played with Asian Americans. When certain people meet you, the first thing they do is try to assess whether you are a Real One or Not a Real One. If it is determined that you are Not a Real One, they are granted the right to say, “Aha! I’m more X than you!” If they suspect you are a Real One, they will decide whether to back off or to cordon off Western culture.

Not long after Crocodile was published, there was a Goodreads review that said, “Qiu Miaojin’s familiarity with the history of philosophy and critical theory outpaced Bonnie Huie’s—there’s a reference, e.g., to ‘eternal recurrence,’ which I’m 99 percent sure is supposed to be Nietzsche’s ‘eternal return.’” This bit of libel is emblematic of that game, because if Bonnie Huie translated Nietzsche wrong, then so did all four translators of all four in-print editions of Zarathustra, and somebody had better get Oxford, Cambridge, Penguin, and Modern Library on the phone fast. It is also relevant that the reviewer is someone who was admitted to a PhD program in comparative literature, and that this was a favorable review aside from its assessment of the translation. So I got some dirt on my shoulder, but that’s par for the course.

Esposito: What sorts of diversity do we need more of in translation?

Huie: One of the most common questions that people ask after reading a translated work is, “How was it received when it first came out?” This response is telling because it means that people are often looking to see what other people—from the source culture, no less—are doing before they make up their minds. We should seize upon the opportunity presented by this impulse because it is indicative of an intellectual curiosity, and one that is unlikely to be satisfied by what has thus far been available in translation. Essays, criticism, and other types of opinion-based nonfiction from abroad can facilitate a better reception for translated fiction. By establishing the original context, these kinds of texts give readers a set of opinions to react to and can help preempt knee-jerk responses rooted in bias.

Esposito: What books strike you as representing fruitful directions for the translation field? Why?

The rediscovery of older works is important to the ecosystem of translated literature.

Huie: Armonía Somers’s The Naked Woman, translated by Kit Maude, is an example of how the rediscovery of older works is important to the ecosystem of translated literature. For those in the field, it’s easy to forget that potential readers who lack your regional expertise require a bridge to the past through intermediary works. It’s both logical and stupid to teach literary history chronologically because you are starting at the most unfamiliar point, and this is not how tastes are usually acquired.

The translator who has probably influenced me the most—the one who made me start paying attention to translators’ names—is Ivan Morris, who translated Sei Shonagon’s The Pillow Book and Mishima’s The Temple of the Golden Pavilion, which features my all-time favorite ending to a novel. His scholarship in The World of the Shining Prince, his book on Heian court life, also bears the mark of a writer’s lucidity and imagination. I think it is admirable and rare when someone can convey the same intensity of passion across a body of work that spans different genres, styles, and historical periods. It makes interpretation seem like such a soulful act.

Editorial note: This is the seventh in Veronica Esposito’s monthly series, En Face: Conversations on the Future of Translation, which will run throughout 2020.